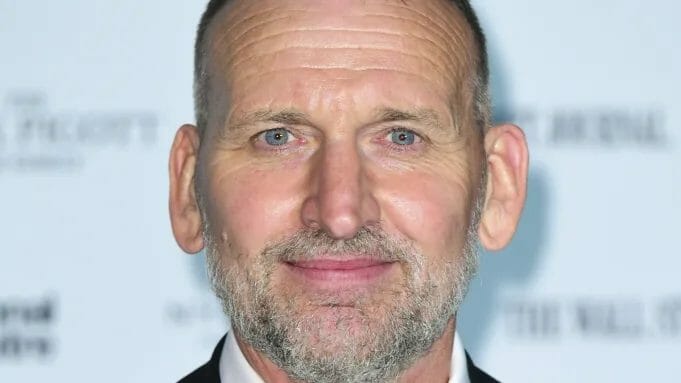 Christopher Eccleston (The Leftovers) has joined the Disney+ Original Film “Young Woman and the Sea.”  The movie is based on the book by Glenn Stout and tells the journey of Gertrude “Trudy” Ederle, the first woman to ever swim across the English Channel. The Olympic gold medalist made the 21-mile swim from England to France in 1926.  Eccleston will co-star opposite Daisy Ridley, Tilda Cobham-Hervey (I Am Woman) and Stephen Graham (Peaky Blinders).

“Young Woman and The Sea” is currently in production.  A Disney+ premiere date for the film has not been announced yet.

Eccleston is a BAFTA Award nominee whose film credits include Legend, Dead in a Week Or Your Money Back, Where Hands Touch, Thor: The Dark World, Amelia, G.I. Joe: The Rise of Cobra, 28 Days Later…, The Others, Gone in 60 Seconds, eXistenZ, Elizabeth and Shallow Grave, and more. His TV credits include BBC’s Come Home, The A Word (BBC), The Leftovers (HBO), Doctor Who (BBC America), Blackout (BBC), The Shadow Line (Audience Network), Accused (BBC) and Safe House (ITV).