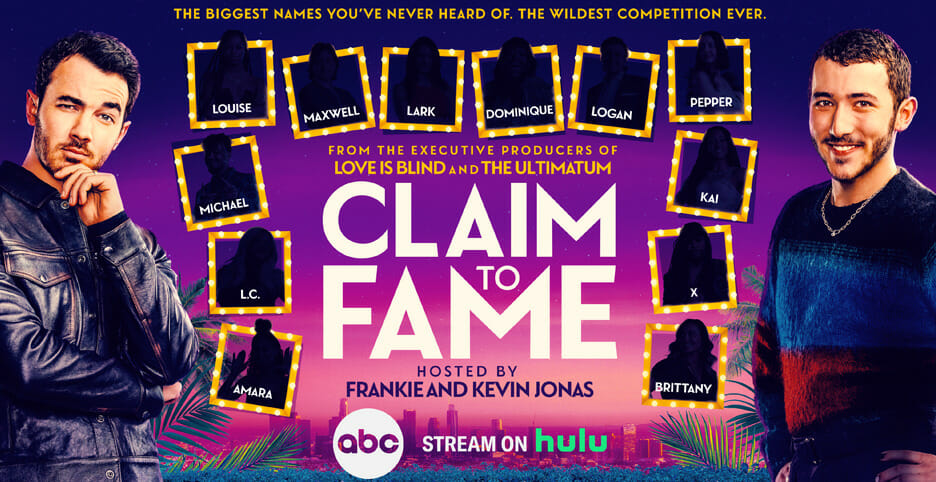 The competition series “Claim to Fame,” hosted by Kevin and Frankie Jonas, has received a new season pickup from ABC.

Hosted by Kevin and Frankie Jonas, this new series challenges 12 celebrity relatives to step outside their famous family member’s shadow and live together under one roof, concealing their identity and lineage in the quest for their own fame and fortune. They will compete in challenges, form alliances and play DNA detective in hopes of avoiding elimination and winning the coveted $100,000 prize, and staking their own “Claim to Fame”!

“Claim to Fame” airs on ABC and streams on Hulu.