Skip to content
Home » Blog » Could Echo be Coming to The Marvel Cinematic Universe on Disney+? 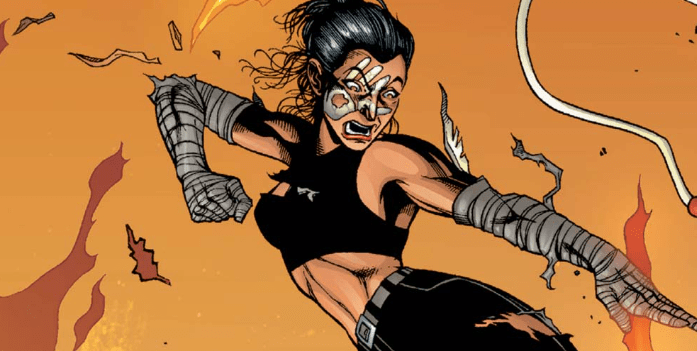 Rumors are swirling once again around the Marvel Cinematic Universe.  The latest one comes from Murphy’s Multiverse who posted an article about a new casting call in search of a character for Disney+.  Sarah Finn, who is the casting director for Marvel Studios, is looking for a deaf female, Native American, First Nations, Indigenous or Latinx, 18 or older, to play the role of “Malia” in an upcoming Disney Plus series set to shoot this fall. She is looking for someone “independent, athletic and bright” to play a 20 something character.

While the casting call does not say what the specific character role is, these characteristics match up quite nicely with Avenger Maya Lopez, aka Echo.  Echo has had some run-ins with Hawkeye in the comics, and the Hawkeye series is another project in the works at Disney+ that Finn is currently casting, so many are speculating the role is for that series.   It’s important to note too, that while the characteristics fit the bill for Echo, Finn has also worked on Star Wars projects as well including The Mandalorian, so it’s definitely possible the role could be for one of the Star Wars series in the works.

In case you aren’t familiar with the Echo character, below if a bio from Fandom:

Maya Lopez was born deaf. She was initially placed in special education, but after using her skill to duplicate a song from a recital, she was placed in the gifted section. She particularly enjoyed art and dance. Maya’s father was secretly a mob enforcer working for Wilson Fisk aka the Kingpin. One day he was murdered under the Kingpin’s orders. He reached out to Maya, leaving a bloody hand print on her face. She was taken in by Fisk, who was impressed with her talents and had sent her to the best schools money could buy. As a result, she became very talented in many artistic fields.

Fisk used her in one of his plots to destroy Daredevil. First, he arranged for Matt to meet her, knowing Matt was lonely after the recent death of Karen Page. Then he tricked Maya, by convincing her that Daredevil killed her father. Having watched videos of Bullseye and Daredevil fighting, she proves more than a match for Daredevil. Maya created the identity of Echo (based on her ability to copy motion she sees) and fought Daredevil. He did not know why she was suddenly attacking him, and she was shocked to learn it was Matt she was targeting. Matt was able to explain himself. Angry at the deliberate deception, Maya then brutally attacked the Kingpin, blinding him temporarily. She then left New York to her father’s reservation. While there she met Wolverine, who assisted her on her “vision quest”. She then returned to New York to reconcile with Matt, only to find he was already with another woman.

We’ll keep you updated with any new details!