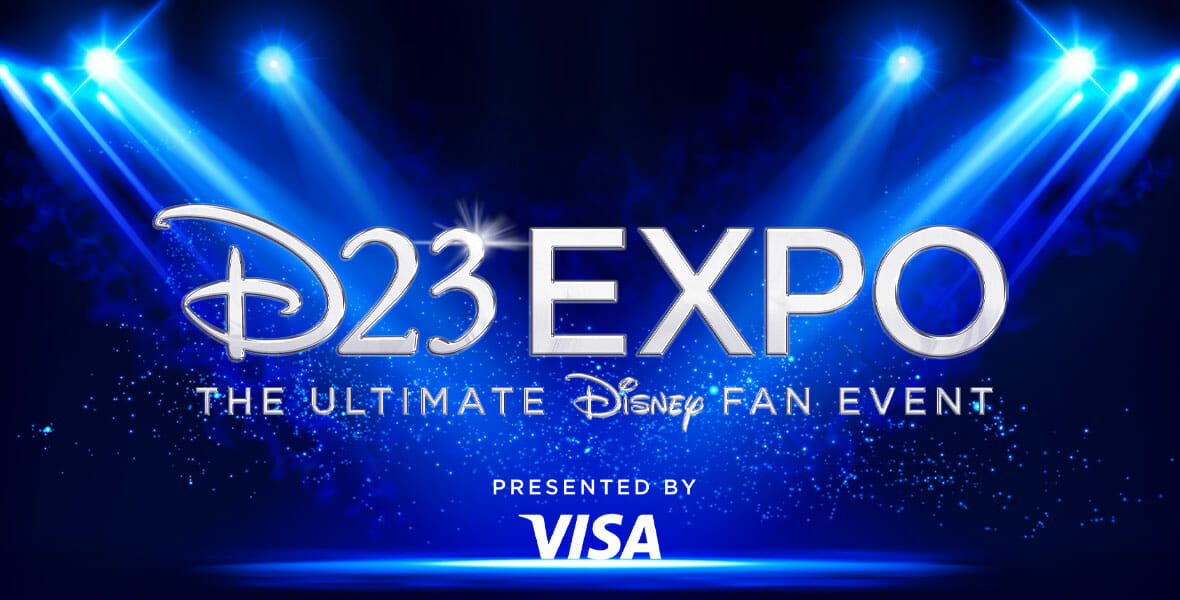 D23 Expo Presented by Visa is only a few months away—and with it, the promise of exciting announcements, reveals, sneak peeks, and more for everything Disney. Plus, Disney100 will kick off at D23 Expo, celebrating 100 years of wonder as The Walt Disney Company enters its second century. The festivities begin Friday, September 9, with the Disney Legends Awards Ceremony and a kick-off to Disney100. Later that day, The Walt Disney Studios will showcase what’s on the horizon from Walt Disney Animation Studios, Pixar Animation Studios, and Disney Live Action. On Saturday morning, the Studios will give fans a sneak peek at the latest from Marvel and Lucasfilm. That afternoon, Disney Branded Television will preview its exciting slate. On Sunday morning, fans will get a preview of what’s in store at Disney Parks, Experiences and Products, and later on, guests will enjoy a special presentation of Disney Princess – The Concert.

These incredible presentations will take place in “Hall D23,” the 6,900-seat venue located in Hall D of the Anaheim Convention Center. The schedule of Hall D23 Events and Presentations is as follows (all events subject to change and additional events to be announced in the coming weeks):

Friday, September 9
Disney100 kicks off at D23 Expo on Friday, September 9, at 10:30 a.m. with an epic presentation that includes the Disney Legends Awards Ceremony, featuring Disney CEO Bob Chapek. The Disney Legends Ceremony will once again honor those visionaries and artists who have made significant contributions to the Disney legacy. Look for the names of the 2022 inductees to be announced in the coming weeks.

At 3:30 p.m., guests will be treated to new details, first looks, sneak peeks, surprises, and announcements regarding upcoming theatrical and Disney+ titles from Disney Live Action, Pixar Animation Studios, andWalt Disney Animation Studios. Studio heads, filmmakers, and cast members will come together onstage with the inside scoop on some of these studios’ most exciting titles.

Saturday, September 10
Filmmakers, celebrity talent, and surprise guests will join representatives from Marvel Studios and Lucasfilm,among others, onstage in Hall D23 at 10 a.m. to showcase theatrical and Disney+ titles. Going behind the scenes of these studios’ highly anticipated films, specials, and series, attendees will see exclusive footage and be among the first to learn what else is in the works.

At 3:30 p.m., Disney Branded Television, home to some of the most iconic stories and characters in the Disney canon—including Peabody Award winners Doc McStuffins and The Owl House, plus the culture-defining movie franchises High School Musical and Descendants—will present an exclusive showcase of upcoming content that will continue the legacy of excellence in storytelling. The showcase will feature talent appearances and never-before-seen sneak previews of original content for Disney+, Disney Channel, and Disney Junior, including looks at the new Disney+ Original series National Treasure, American Born Chinese,and The Santa Claus.

Sunday, September 11
At 10:30 a.m., join Disney Parks, Experiences and Products Chairman Josh D’Amaro for a look at Disney’s boundless future. With announcements and updates on the magic happening around the world in parks, on the high seas, at home, and beyond, attendees will get a behind-the-scenes look at the big dreams of Disney Imagineers. Every Disney fan will want to be a part of this special presentation full of exciting news and surprises.

At 4:15 p.m., Disney Concerts will present a special performance of Disney Princess – The Concert, featuring Tony® nominee Susan Egan (Broadway’s original Belle in Beauty and the Beast, Meg in Disney’s animated feature Hercules), Broadway.com® Audience Award nominee Isabelle McCalla (Princess Jasmine in Aladdin, The Prom), Disney Channel star Anneliese van der Pol (That’s So Raven, Raven’s Home, Broadway’s final Belle in Beauty and the Beast), and Broadway World Award winner Syndee Winters (Broadway’s Nala in The Lion King, Hamilton). Music director Benjamin Rauhala (Fiddler on the Roof, The Secret Life of Bees) and Prince Adam J. Levy (Moulin Rouge) will also join the quartet. The acclaimed cast will perform favorite Disney Princess and Frozen songs, including classics such as “Part of Your World,” “Let It Go,” “A Whole New World,” “Colors of the Wind,” and “Almost There.”  The performers will share exclusive, hilarious, and heartfelt behind-the-scenes stories from their time on the stage and screen.

Don’t miss out on the magic! A limited number of single-day tickets for Friday and Sunday of D23 Expo 2022 are available for $99 for one-day adult admission and $79 for children ages 3–12. D23: The Official Disney Fan Club Gold Members can purchase tickets for $89 for a one-day adult admission. Single-day Saturday tickets and three-day passes are sold out. For more information on tickets and D23 Expo 2022, visit D23Expo.com.

Schedule and talent are subject to change.