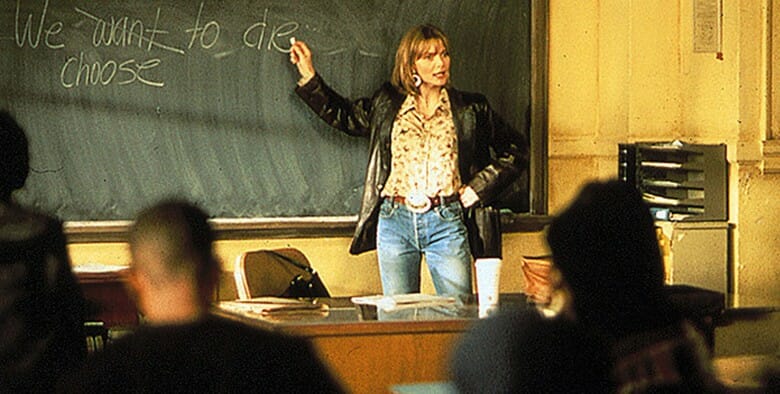 Disney has announced that Dangerous Minds, starring Michelle Pfeiffer and George Dzundza, will be coming to Disney+ via Stair in the United Kingdom and Ireland on Friday, April 09.

Former Marine Louanne Johnson (Michelle Pfeiffer) lands a gig teaching in a pilot program for bright but underachieving teens at a notorious inner-city high school. After having a terrible first day, she decides she must throw decorum to the wind. When Johnson returns to the classroom, she does so armed with a no-nonsense attitude informed by her military training and a fearless determination to better the lives of her students — no matter what the cost.

The 1995 Hollywood Pictures movie is already available in some regions such as Canada.