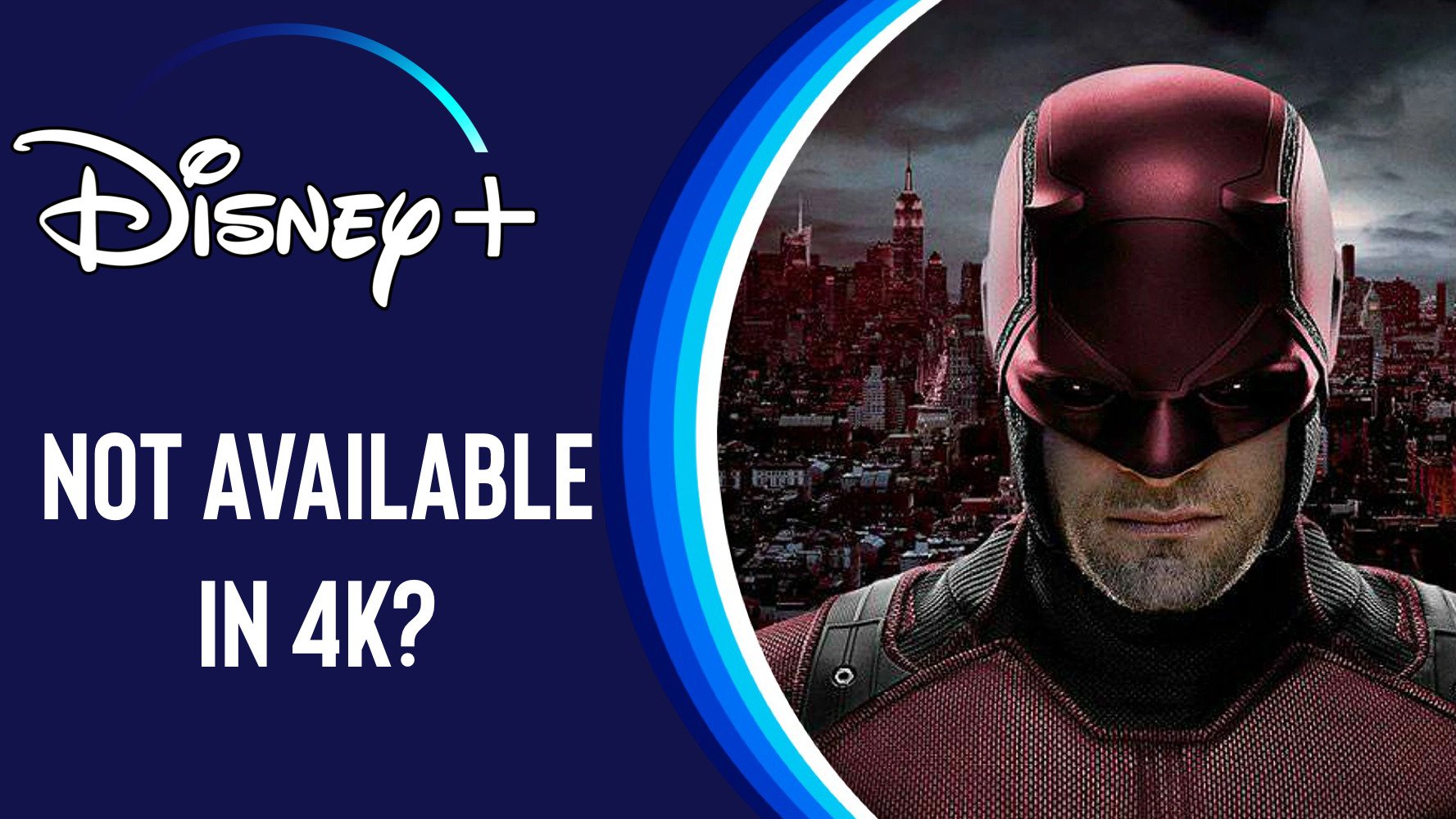 In case you missed it, on March 16, all of the former Netflix Marvel live-action series have officially moved to Disney+ in the United States, United Kingdom, Canada, Ireland, Australia, and New Zealand. This means that “Daredevil,” “Jessica Jones,” “Luke Cage,” “Iron Fist,” “The Defenders,” and “The Punisher,” plus “Marvel’s Agents of S.H.I.E.L.D” are now permanently streaming on Disney+. Along with the new shows, a new set of parental controls are also available in the United States.

Daredevil Not In 4K on Disney Plus

When these Marvel series were previously available on Netflix, they could be streamed in stunning 4K UHD with Dolby Vision. Unfortunately, when these shows arrived on Disney+, fans quickly realised that all of the Marvel Netflix series could only be streamed in HD/SDR. This does mean that Daredevil is not available on stream in 4K on Disney+, along with all the other shows.

The good news is that Disney has already commented on Daredevil and all of the former Netflix Marvel series not being available in 4K. When a fan asked on Twitter if the 4K version of Daredevil would be returning on Disney+, the streaming service revealed it will be “available soon.”

Hello! In an effort to make this highly-anticipated content available to Disney+ subscribers ASAP, we opted to launch in HD/SDR to start, but UHD versions will be available soon. Stay tuned!

Disney hasn’t made any exact announcement on when these shows will be upgraded to 4K, but it does appear to only be a matter of time! Stay tuned for further details.