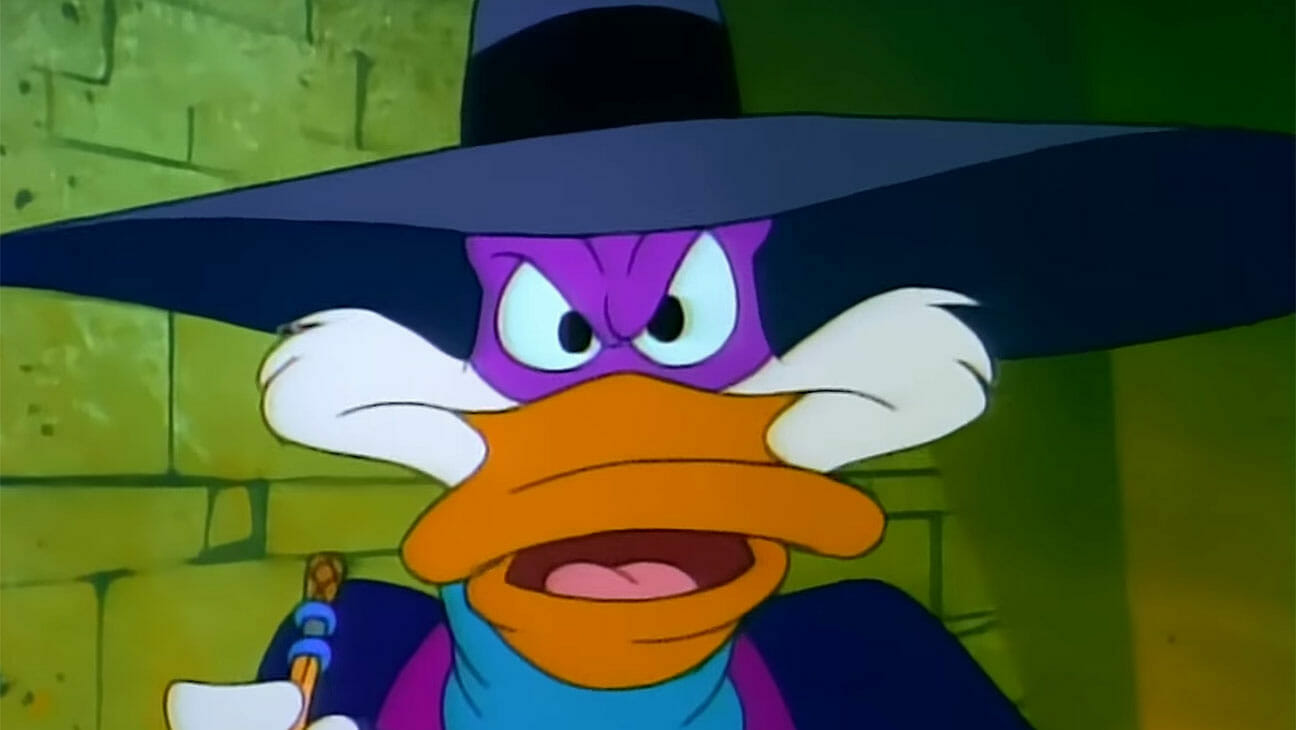 A “Darkwing Duck” reboot is reportedly in early development for Disney+.  The news comes from Variety who says it will be executive produced by Seth Rogen, Evan Goldberg, James Weaver, and Alex McAtee of Point Grey Pictures. McAtee will oversee the project for the company.  A writer has not been attached to the series yet.

The original “Darkwing Duck” series ran on the Disney Channel alongside ABC from 1991-1992 for 2 seasons with 91 episodes.  The show followed the suburban life of Drake Mallard as he fought crime alongside Launchpad McQuack and his adopted daughter Gosalyn.

The show featured the voices of Jim Cummings as Darkwing Duck, Christine Cavanaugh as Gosalyn, and Terry McGovern as Launchpad.

Currently, Seasons 1 and 2 of “Darkwing Duck are available to stream on Disney+.