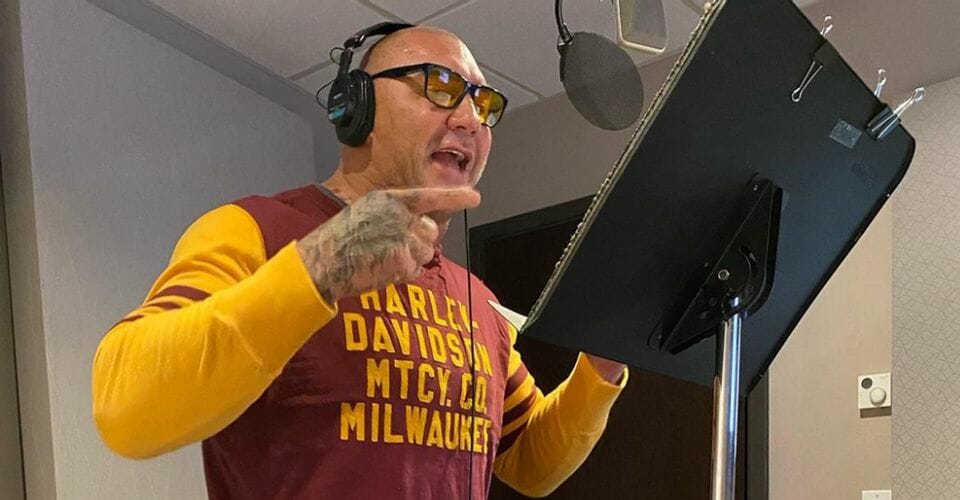 Dave Bautista, who is known for playing Drax in the Guardians of the Galaxy franchise, recently posted a picture on Instagram of him doing a voice recording for a new animated project.  Bautista was very tight-lipped about what the project might be but shared he’s very excited about it.  You can see his Instagram post below:

There is a possibility Bautista could be recording for Marvel’s upcoming “I Am Groot” Original animated series which will debut on Disney+ in 2022.  Not much has been revealed about the show so far, except that the shorts will explore Baby Groot’s glory days growing up, and getting into trouble, among the stars.  A voice cast for the series has yet to be announced.

Artist Mark Hurtado recently released the storyboards for the new series on their Art Station channel giving us a sneak peek at the project and Baby Groot and Drax are featured together. You can see those images below: 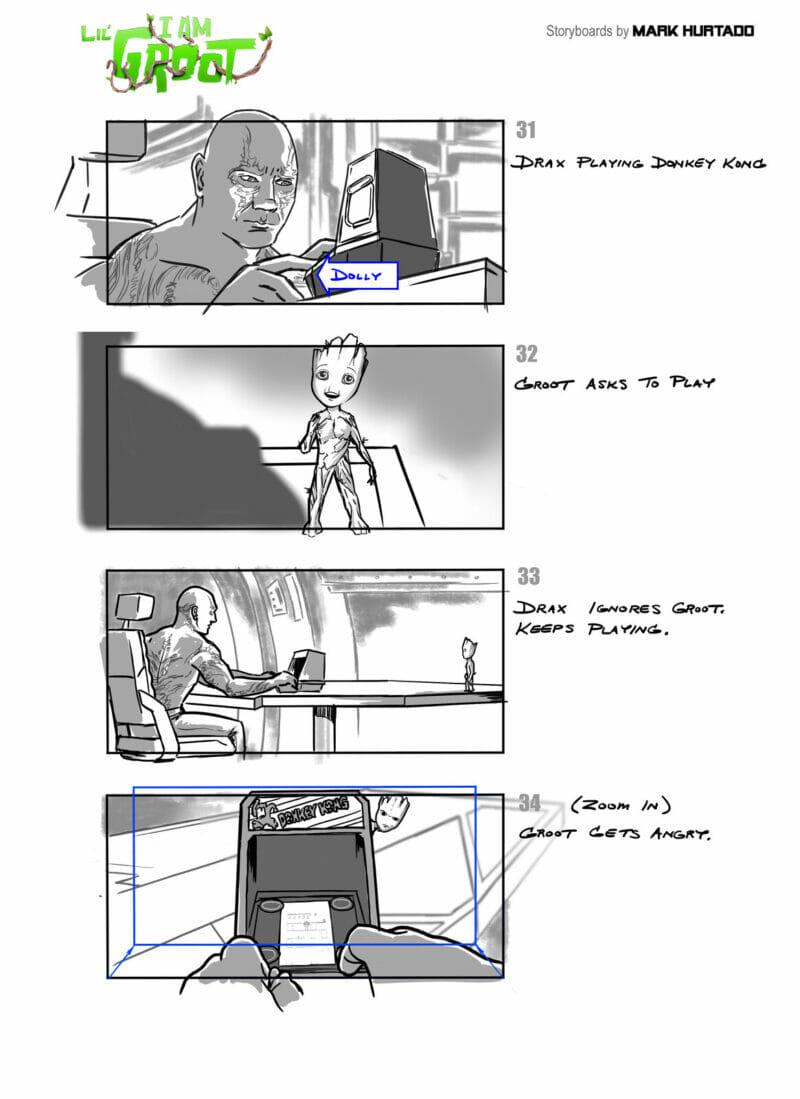 Obviously, this is pure speculation, but Marvel fans would love to see Bautista return to voice the fan-favorite character in the upcoming series.

Source: We Got This