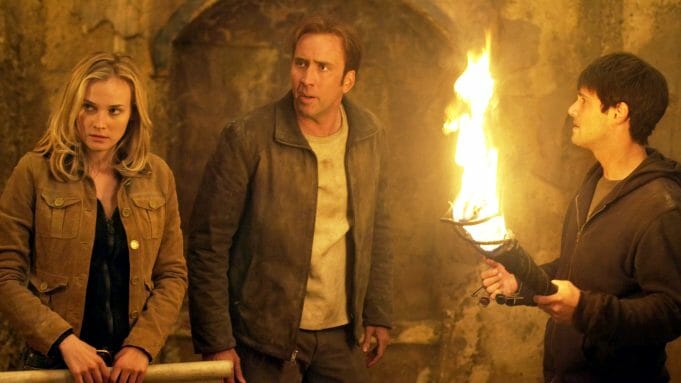 Diane Kruger was recently interviewed by Comicbook.com to promote The 355, which debuts in theaters on January 7th.  When asked about National Treasure 3, the actress said the following.

“I really don’t know. No one ever contacted me about the third one, so I don’t know.  I feel like, at this point, we’re way too old. I don’t know. I mean, I would say, ‘Never say never,’ but it’s been it’s been a minute, you know?”

While the statement does not rule out the possibility of the film happening, it does cast some doubt on its future.

One of the reasons the film could have been left on the backburner is Disney+ is currently working on a series that is a reimagining of the National Treasure franchise.  The show follows a character named Jess Morales (Alexis), a twenty-year-old dreamer who, with her diverse group of friends, sets off on the adventure of a lifetime to uncover her mysterious family history and recover lost treasure.  The series will also reportedly explore the timely issues of identity, community, historical authorship, and patriotism.

Lisette Alexis (Total Eclipse) has signed on for the lead role in the series.  According to Deadline, the story will center on Jess (Alexis), a Latina whose brilliant and resourceful mind loves a good mystery, and she has a natural talent for solving puzzles. Over the course of the show, Jess will uncover her own buried history, as well as the truth about her parents and her connection to a long-lost treasure.

The pilot will be written by Marianne and Cormac Wibberley.  Academy Award-nominated filmmaker Mira Nair (Queen of Katwe) is attached to direct.

“National Treasure” will reportedly consist of 10 episodes and begin production in early 2022 Baton Rouge, Louisiana.  A Disney+ release date for the series has not been announced yet.