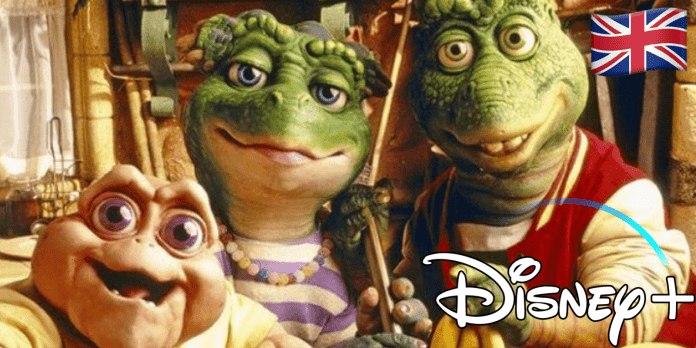 Unfortunately, “Dinosaurs“ didn’t arrive in the United Kingdom and Ireland much to the disappointment of many Disney+ Subscribers.

Disney confirmed to Disney Plus Informer last month that “Dinosaurs“ will be dropping on Disney+ on Friday, April 09, 2021. Disney also shared this announcement on its official website.

“Dinosaurs” is initially set in 60,000,003 BC in Pangaea. The show centers on the Sinclair family: Earl Sinclair (the father), Fran Sinclair (Phillips – the mother), their three children (son Robbie, daughter Charlene, and infant, Baby Sinclair), and Fran’s mother, Ethyl.