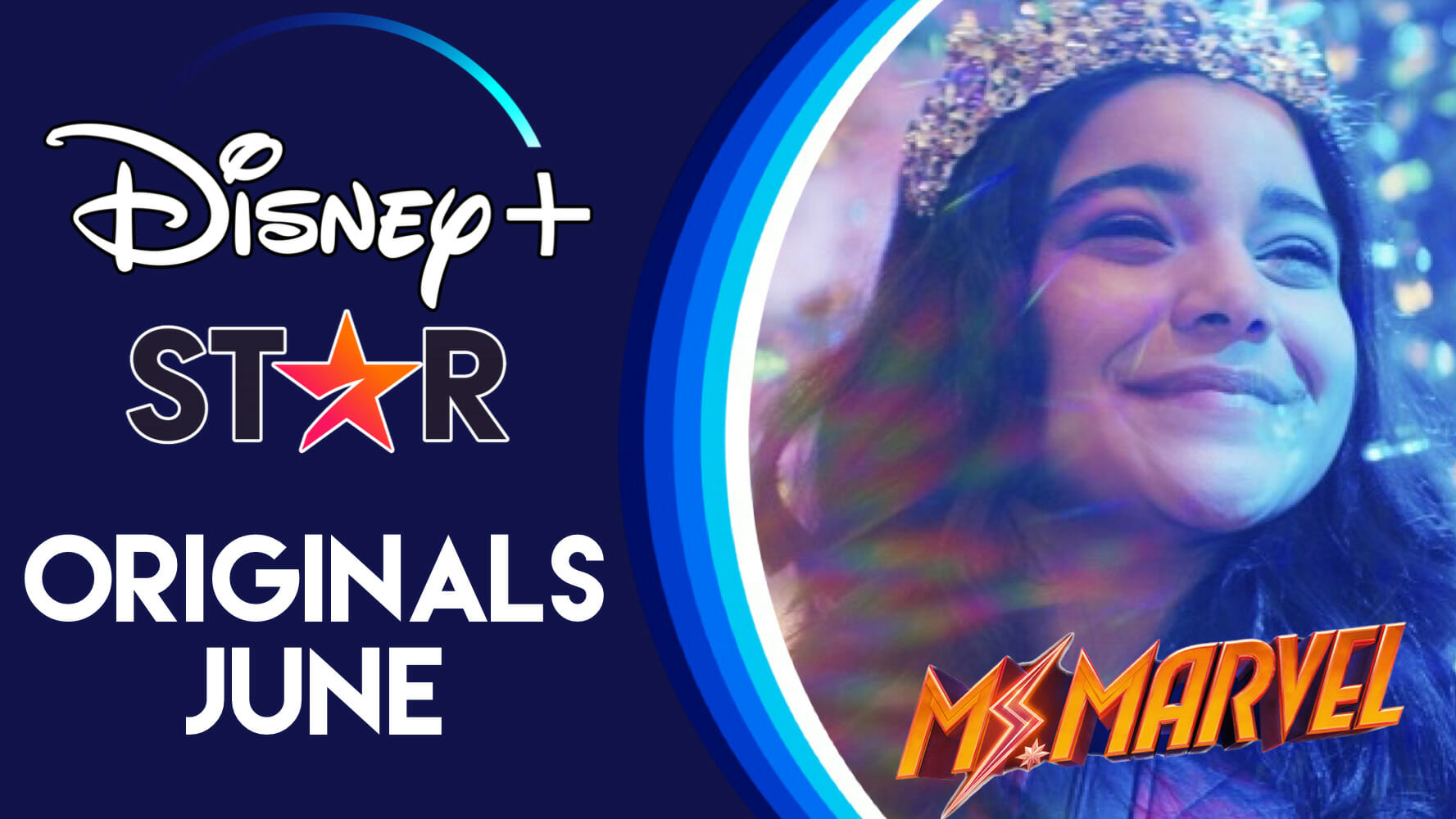 Here is a look at all of the “Star Originals” that are coming to Disney+ in June which includes the premieres of “The Orville: New Horizons,” “Fire Island,”  “Love, Victor” Season 3 and “Only Murders In The Building” Season 2.

New episodes also continue to be released for “The Kardashians” and new episodes of “Big Sky” Season 2 return.

New episodes continue to roll out for the Disney+ Original series “Obi-Wan” Kenobi” leading up to the season finale on June 22nd.

Two new specials “A Fan’s Guide to Ms. Marvel” and “Beyond Infinity: Buzz and the Journey to Lightyear” debut on June 1 and June 10 respectively.

Take a look at all of the Disney+ Originals and “Star Originals” coming to Disney+ in June below:

A Fan’s Guide to Ms. Marvel 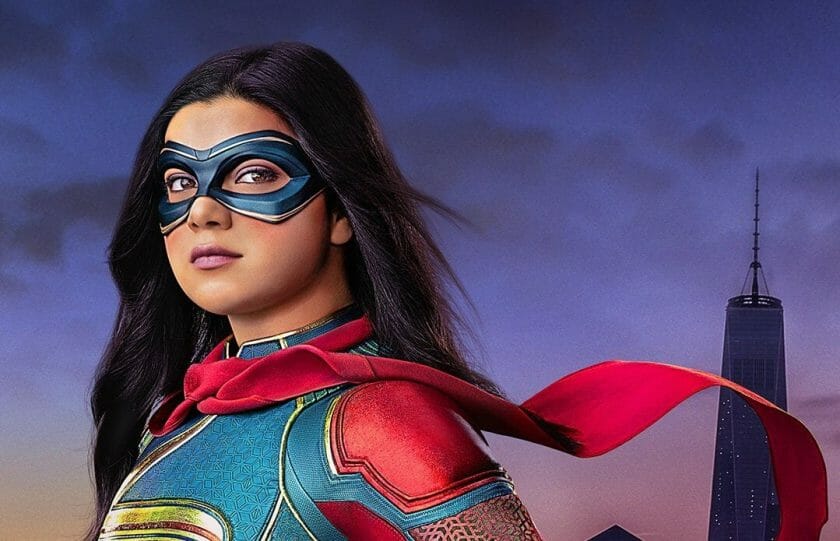 “A Fan’s Guide to Ms. Marvel” is a documentary short that gives you an exclusive look behind the groundbreaking original series, “Ms. Marvel”, from its comic book origins to its development and production as Marvel Studios’ next hit series on Disney+. It features interviews with its award winning filmmaking team and the show’s captivating star, newcomer Iman Vellani.

The special premieres on Disney+ on Wednesday, June 1, 2022.

Wafiy, Erissa, Gabriel, Ellya and Faiz are back with new Mouseketeers, Eric and Melynna. Eric, who slays with his parkour and wushu skills, is the new Head Mouseketeer and Melynna, the winner of “Club Mickey Mouse Star Search Auditions” in Malaysia. Together, this dynamic team will ramp up the energy and fun for an exciting season 4 with their slick dance moves, new original songs, crazy games and celebrity guests. 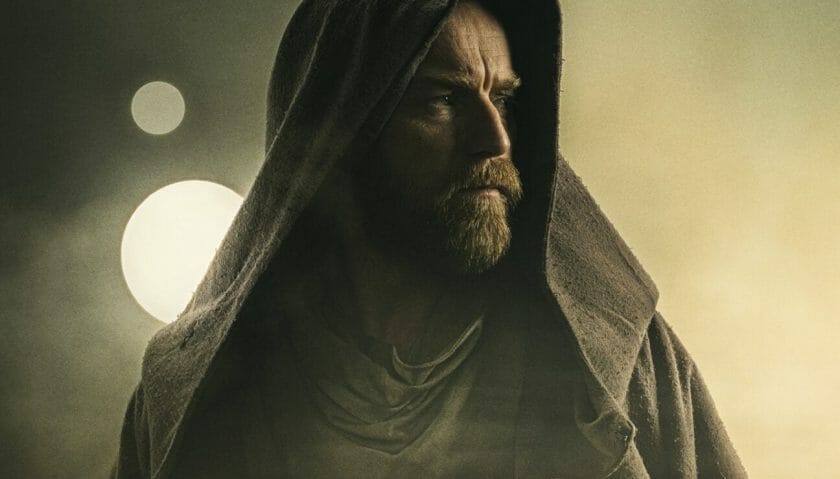 “Obi-Wan Kenobi” begins 10 years after the dramatic events of “Star Wars: Revenge of the Sith” where Obi-Wan Kenobi faced his greatest defeat—the downfall and corruption of his best friend and Jedi apprentice, Anakin Skywalker, who turned to the dark side as evil Sith Lord Darth Vader 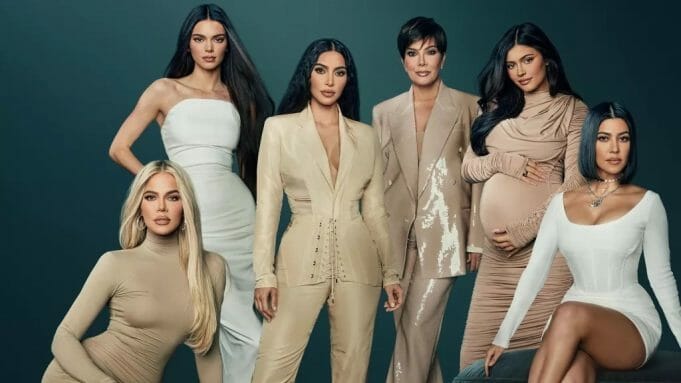 New episodes will release on June 2 and 9 leading up to the Season 1 finale episode on June 16. 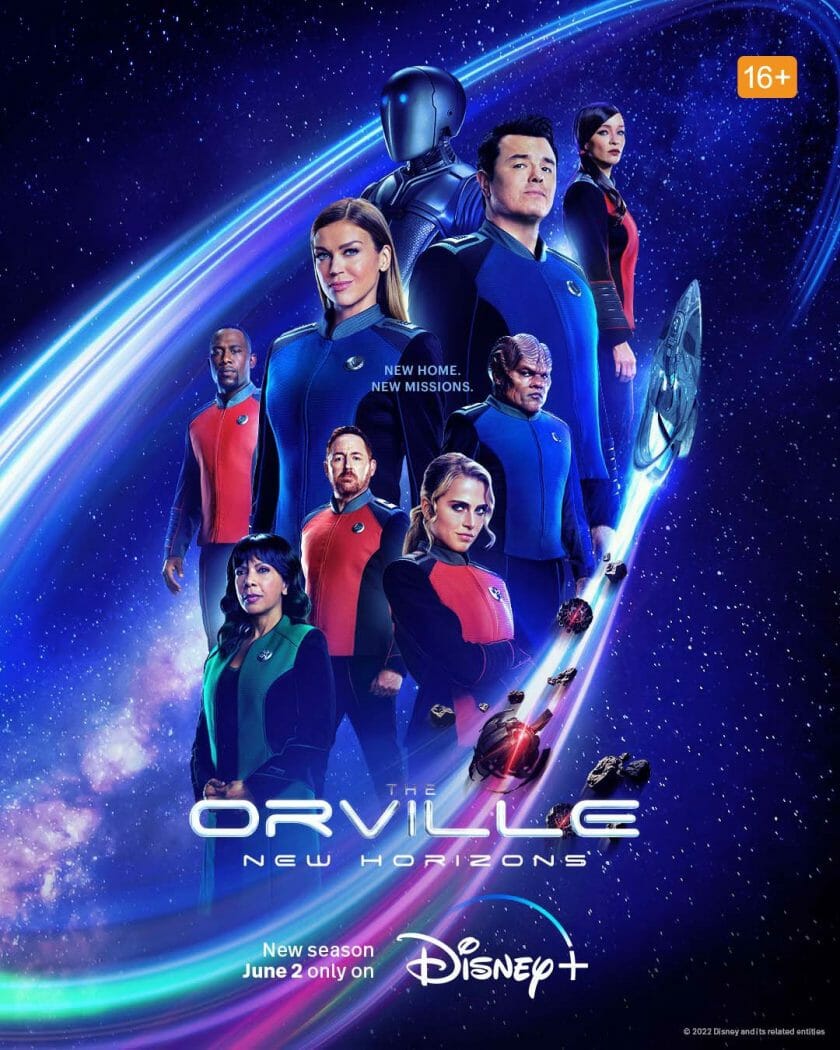 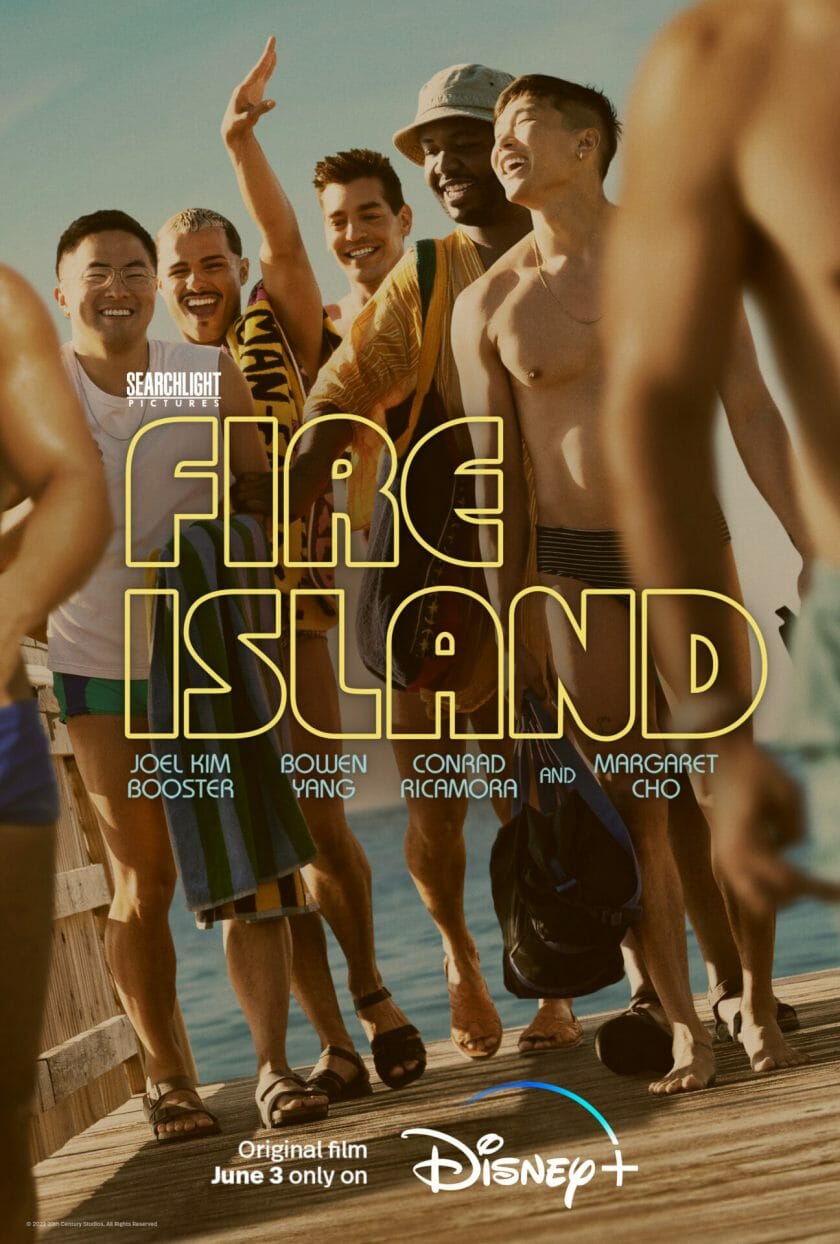 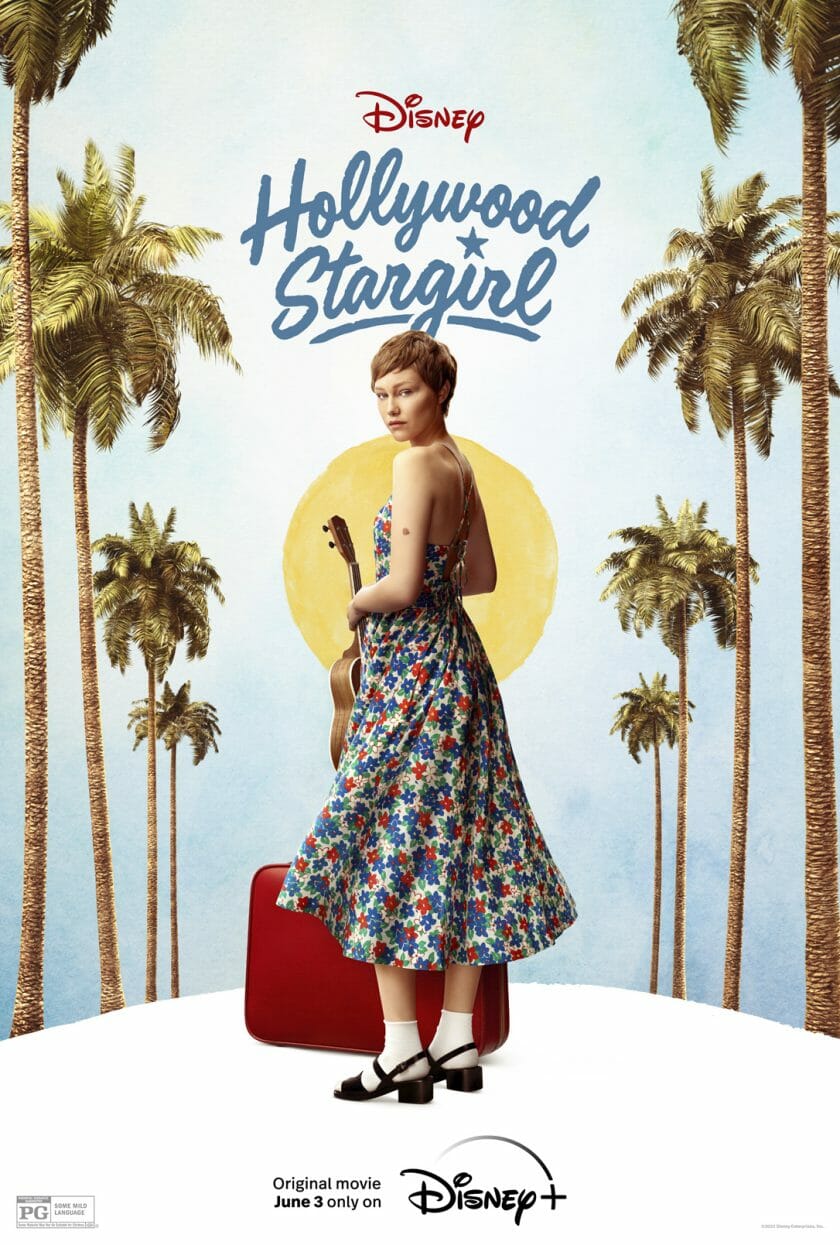 A sequel to the Disney+ hit about Stargirl, a silver-voiced teenager whose kindness works magic in the lives of others, that follows her from Mica, AZ to a bigger world of music, dreams and possibilities. When her mom is hired to work on a movie, they move to L.A., where Stargirl becomes involved with two aspiring filmmaking brothers, a cranky neighbor and a musician Stargirl admires. 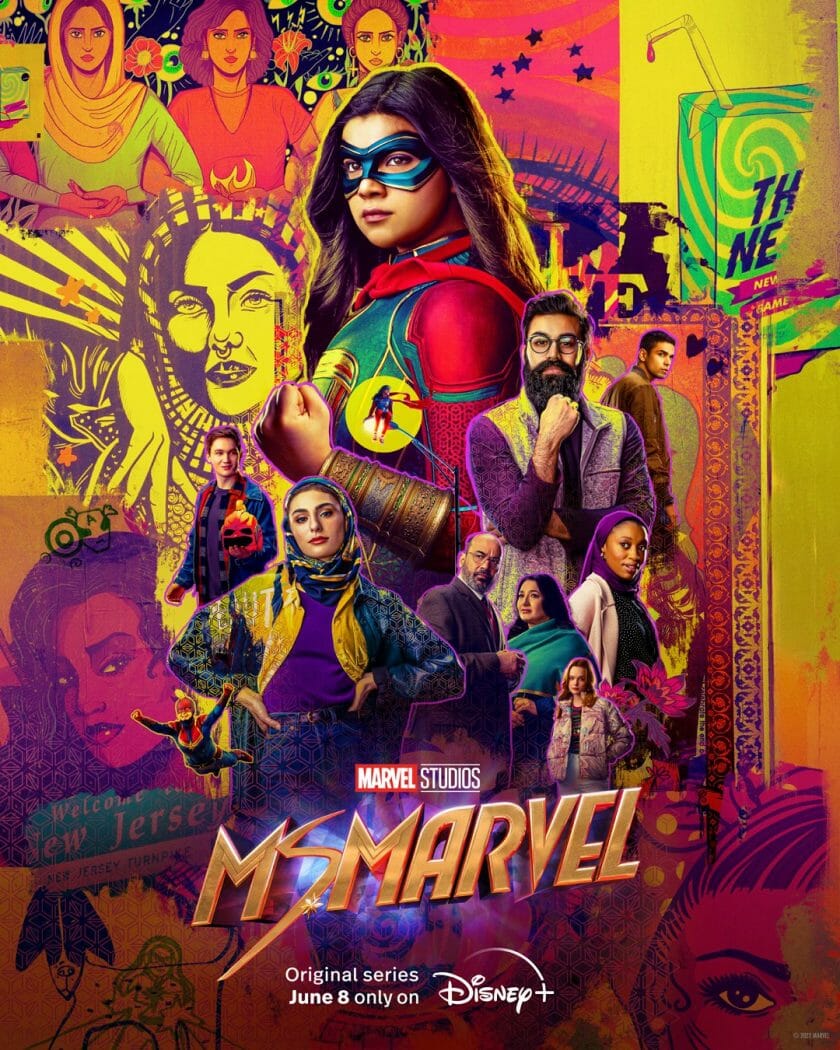 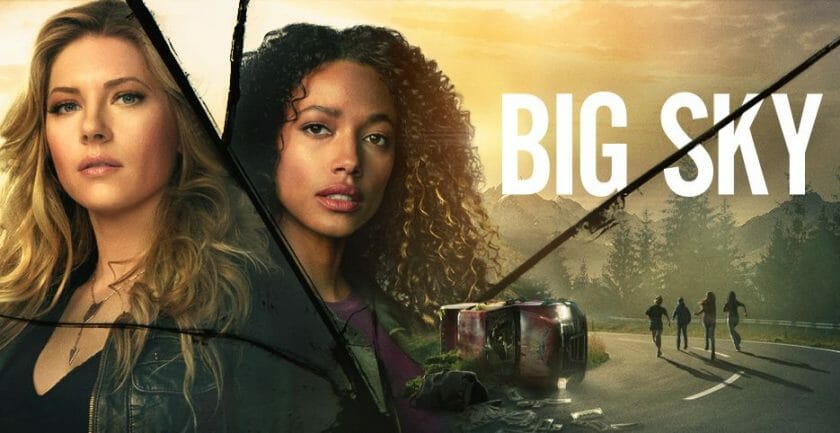 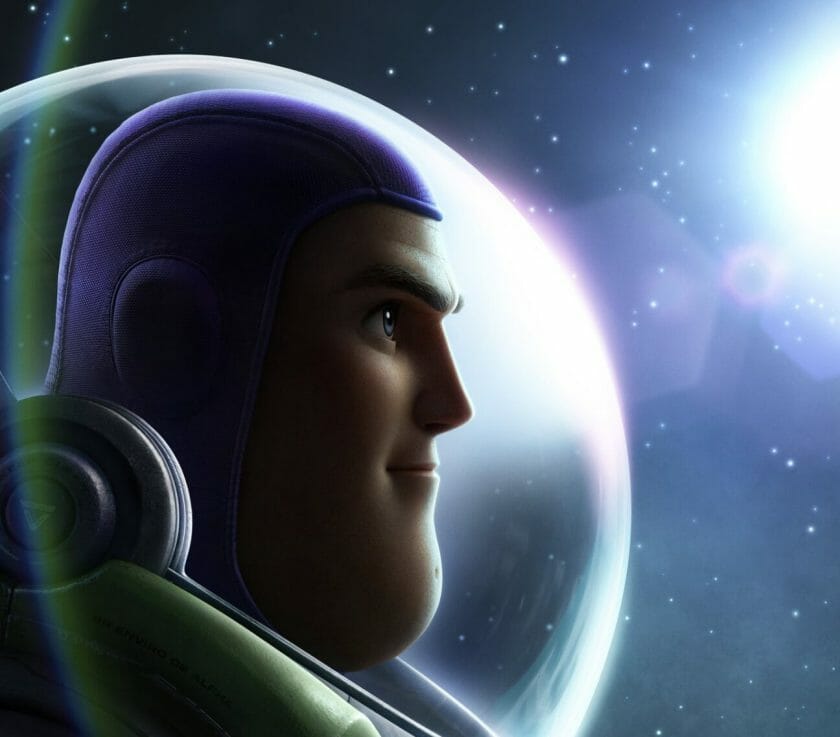 “Beyond Infinity: Buzz and the Journey to Lightyear” premieres on Friday, June 10. 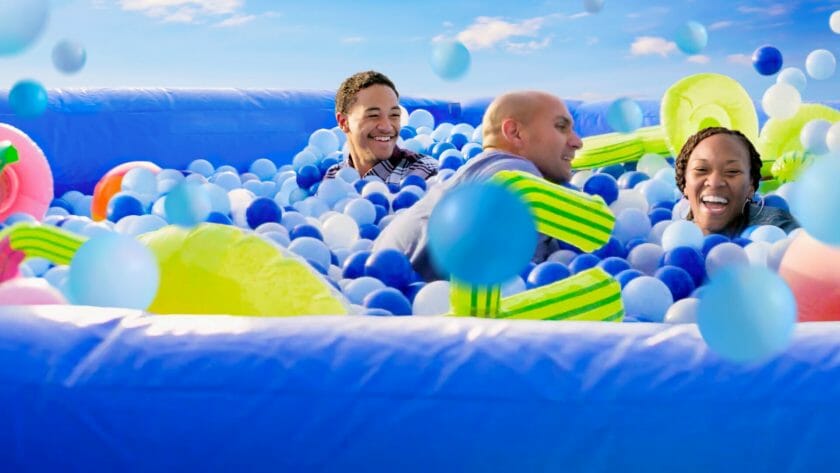 “Family Reboot” follows families that have become so busy with their individual lives, whether it’s from a busy job, going back to school, after school activities, keeping up with social media, sports or running a business, that they have lost touch with one another. In each episode, a family takes a full week away from their busy schedules to go on a journey to reconnect and rebuild their family bonds. Leaving their phones, laptops, and all other devices behind, they must find their way to their week-long accomodations the “old fashioned way”, with just a paper map in hand. On arrival, they’re greeted by their Family Reboot guide, who welcomes them to their journey and directs them to their first activity, finding the key to their house for the week. Once the families have gotten inside and have chosen the rooms they must share, the guide talks to the parents about how the week ahead can benefit them the most, whether it’s finding ways to connect with their children, with each other or both. For the next several days, it’s more fun and games interspersed with meaningful conversations that the families typically haven’t had time to have. All organized by the guide, the week’s journey focuses on working together, communicating, and most of all having fun, reminding the family to put aside their distractions and busy schedules to come together again and make new memories. The families leave the journey completely “rebooted” – more connected, happier, and ready to take on their busy lives at home again, but with an entirely new outlook.

All episodes of “Family Reboot” begin streaming on Wednesday, June 15. 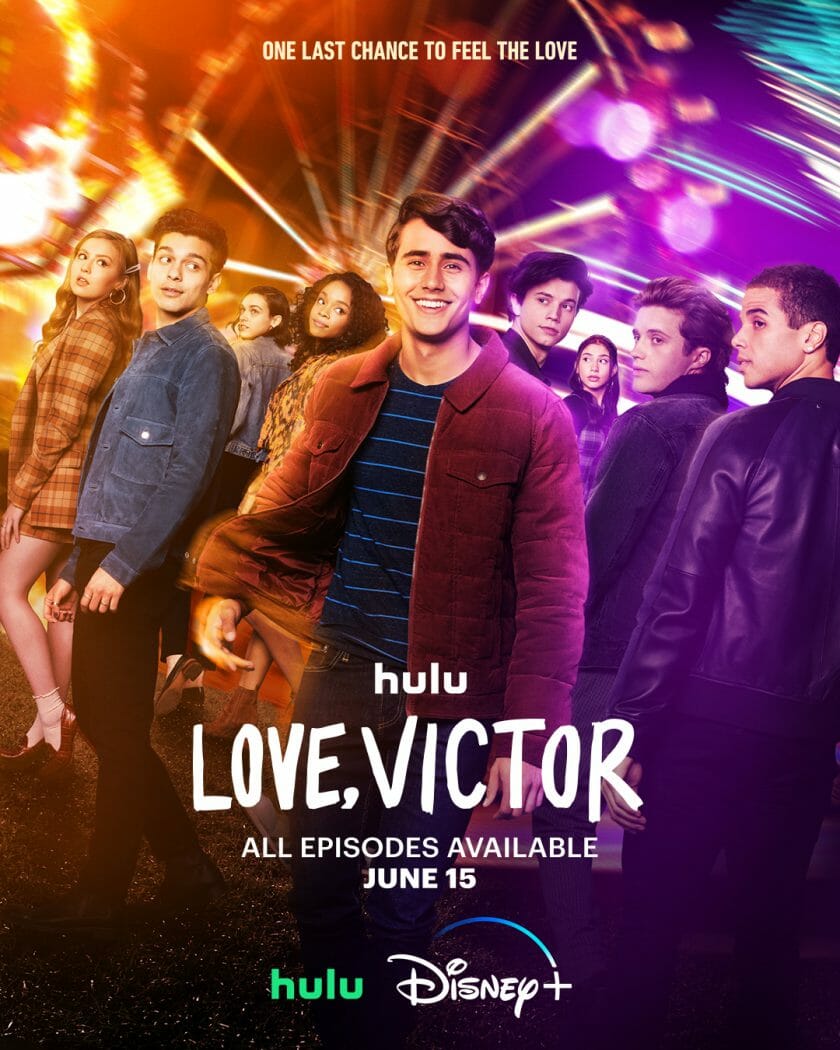 All episodes from Season 3 of “Love, Victor” will release on June 15. 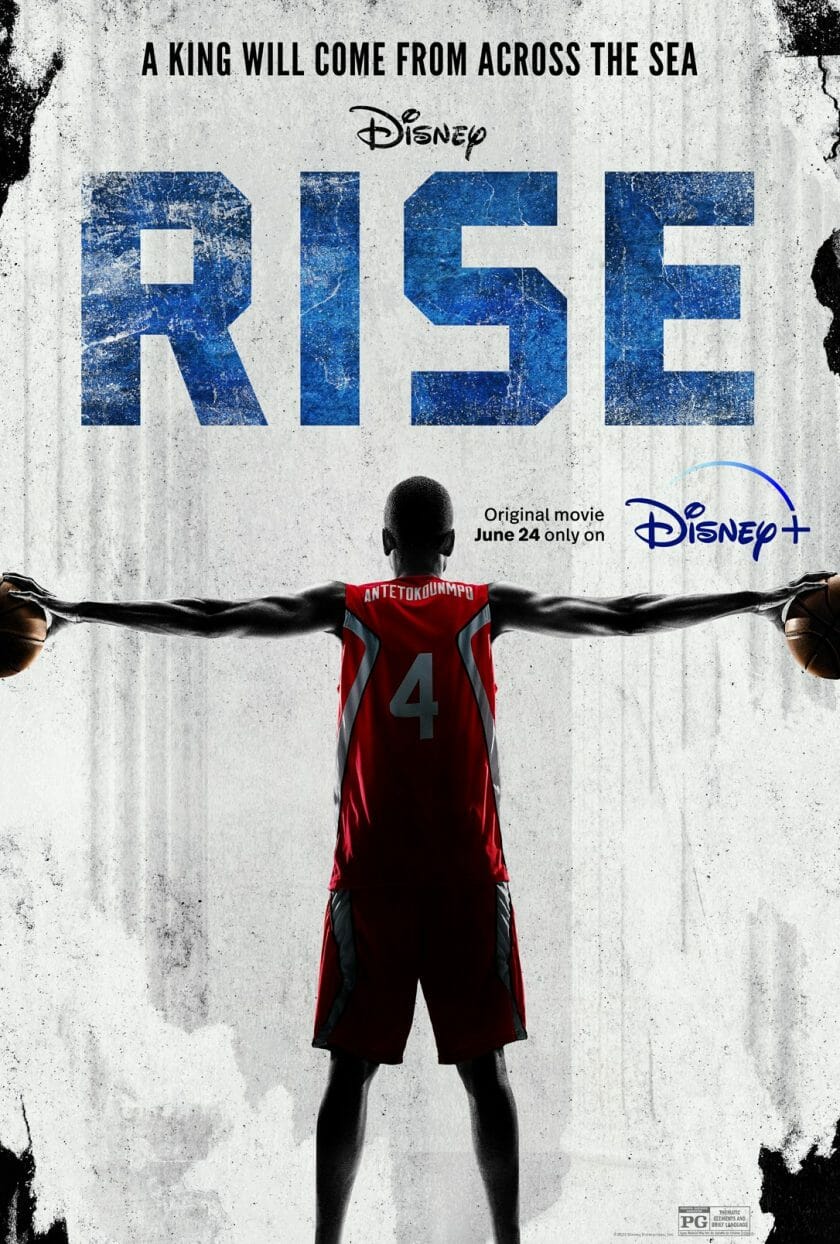 Audiences have never seen a story like that of the Antetokounmpos. After emigrating from Nigeria to Greece, Charles and Vera Antetokounmpo (Dayo Okeniyi and Yetide Badaki, respectively) struggled to survive and provide for their five children, while living under the daily threat of deportation. With their oldest son still in Nigeria with relatives, the couple were desperate to obtain Greek citizenship but found themselves undermined by a system that blocked them at every turn. When they weren’t selling items to tourists on the streets of Athens with the rest of the family, the brothers– Giannis (Uche Agada) and Thanasis (Ral Agada)–would play basketball with a local youth team. Latecomers to the sport, they discovered their great abilities on the basketball court and worked hard to become world class athletes, along with brother, Kostas (Jaden Osimuwa). With the help of an agent, Giannis entered the NBA Draft in 2013 in a long shot prospect that would change not only his life but the life of his entire family. And last season, Giannis and Thanasis helped bring the Milwaukee Bucks their first championship ring in 50 years, while Kostas played for the previous season champs, the Los Angeles Lakers. 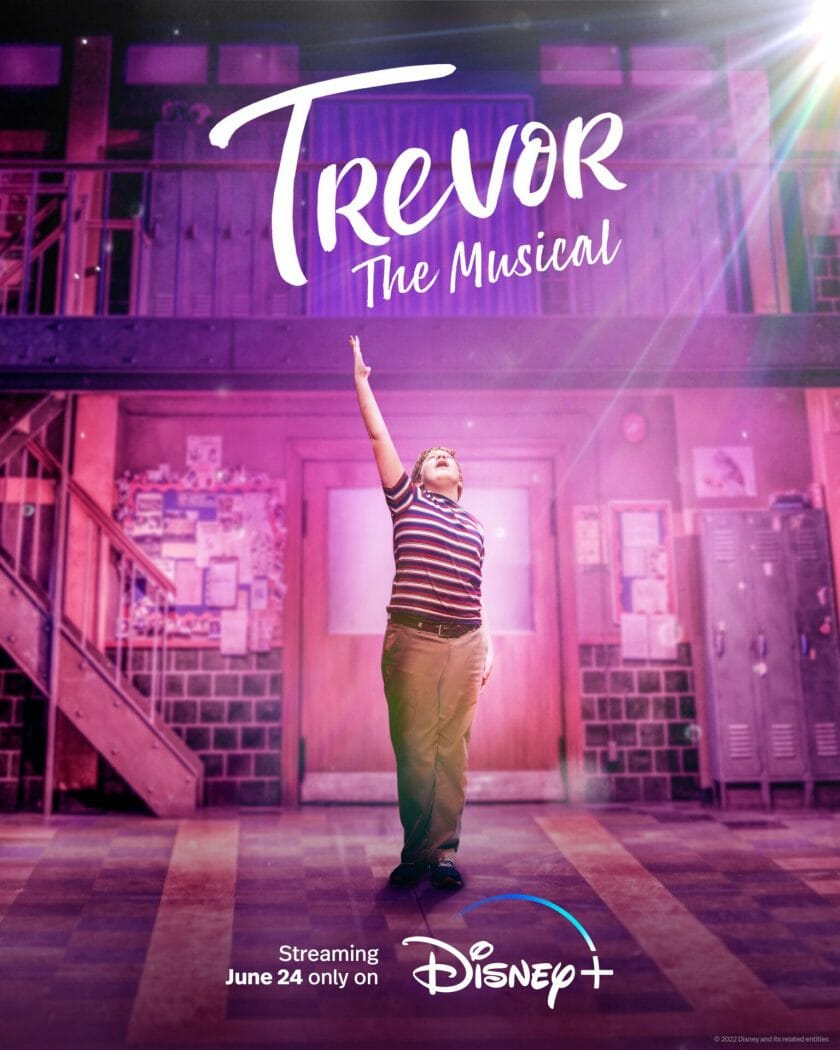 “Trevor: The Musical” will make its Disney+ debut on Friday, June 24.

Only Murders In The Building – Season 2 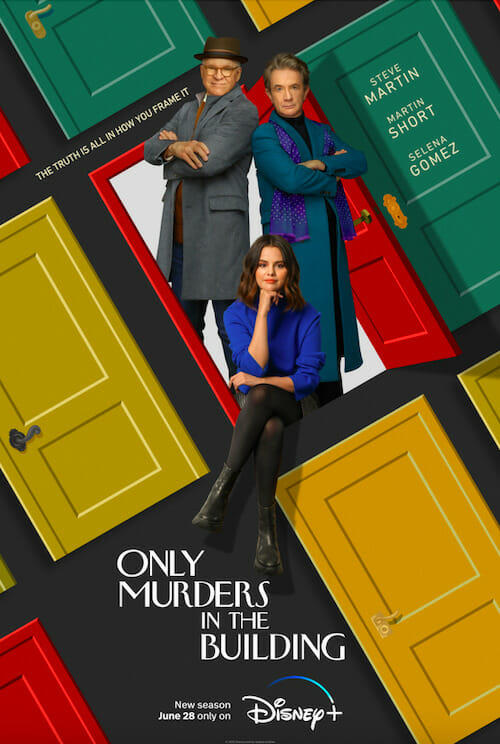 “Only Murders In The Building” Season 2 will launch with two episodes on June 28, with new episodes dropping every week. 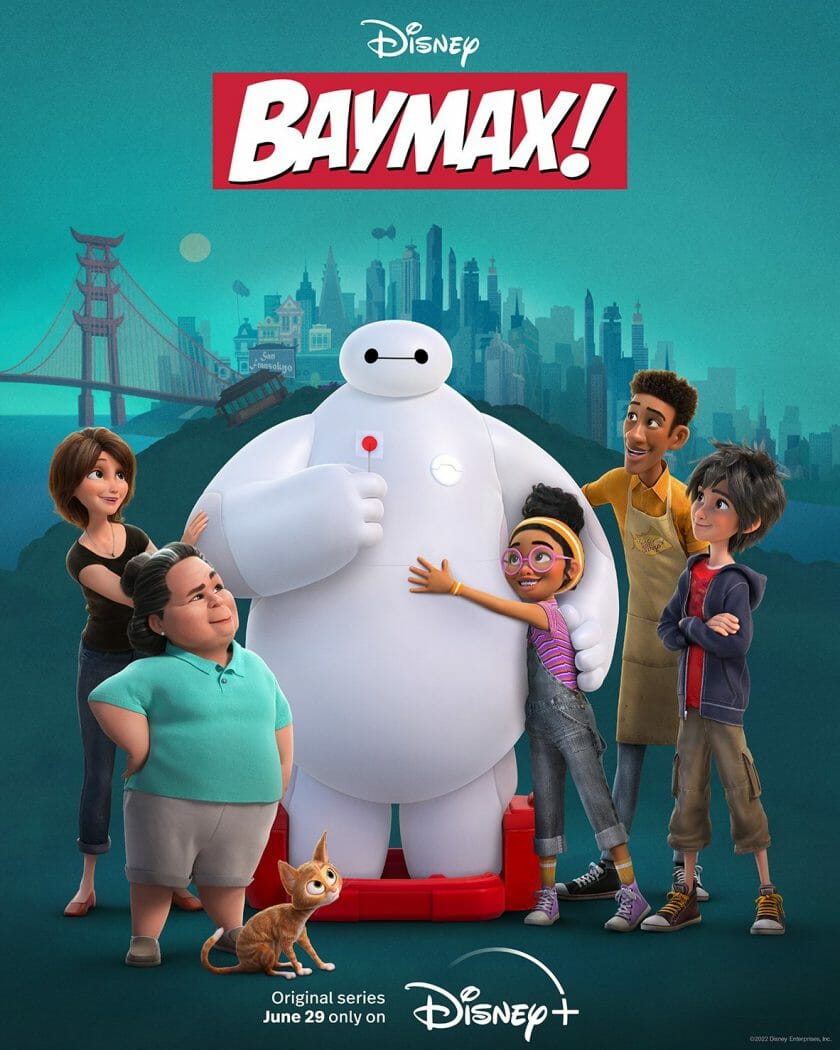 Walt Disney Animation Studios’ “Baymax!” returns to the fantastical city of San Fransokyo where the affable, inflatable, inimitable healthcare companion robot, Baymax (voice of Scott Adsit), sets out to do what he was programmed to do: help others. The six-episode series of healthcare capers introduces extraordinary characters who need Baymax’s signature approach to healing in more ways than they realize.

All episodes from Season 1 of “Baymax!” will begin streaming on Wednesday, June 29.