Filming continues in the UK for the upcoming Disney+ “Andor” series.  We recently shared some photos from the set that showed a variety of characters in costume.  According to Blackpool Gazette, production is now moving to Cleveleys, near Blackpool.  Crews have arrived for what is expected to be eight days of filming and road closures have been enforced from April 30th to May 11th along sections of the promenade.

The Gazette shared some images of the production crews setting up which you can see below: 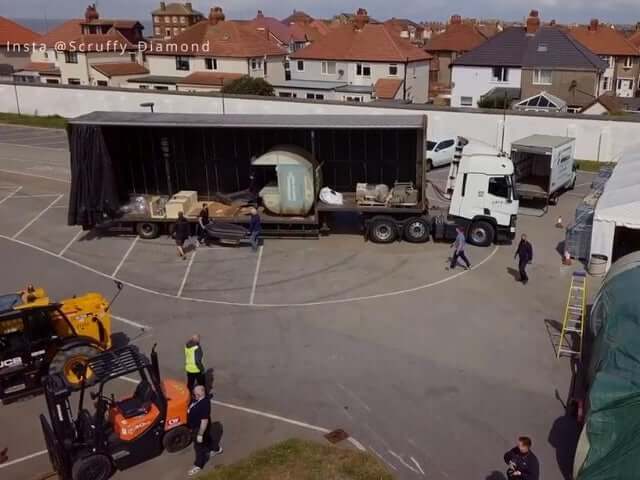 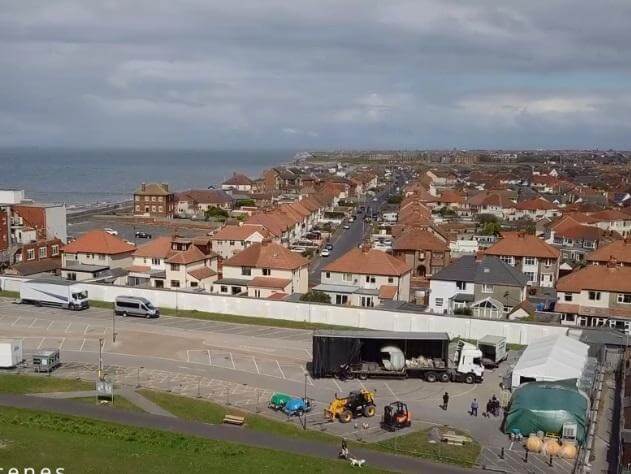 You can also check out a birds-eye view video at Blackpool Gazette.

Ben Caron and Susanna White are directing the project.

The series is currently in production and slated to finish shooting this summer.  “Andor” will reportedly consist of 12 episodes and debut on Disney+ sometime in 2022.