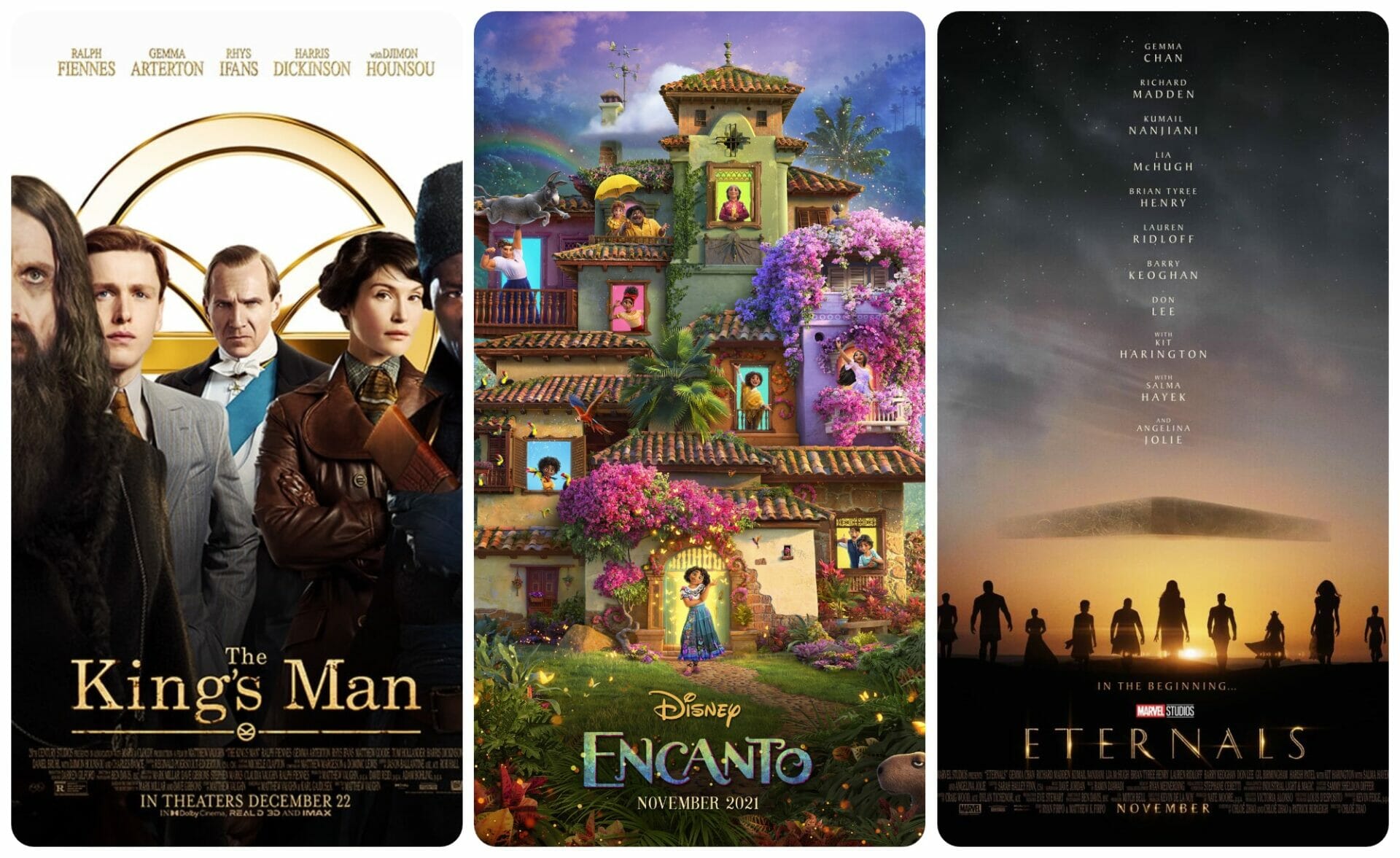 The last 18 months have been complex for Disney’s planned theatrical releases due to the impact of Covid-19. Disney has recently taken on multiple strategies, such as making some movies available on Disney+ for free or as an additional charge, using a hybrid model to give consumers more choice, and having some titles being released exclusively in theatres.

With all these different options available, it was becoming challenging to predict which strategy Disney would use for their remaining 2021 slate of movies. We finally have some details!

The Walt Disney Animation Studios musical Encanto will arrive in theaters on November 24, with a 30-day exclusive theatrical window before coming to Disney+ on December 24, providing subscribers to the streaming service a special opportunity to enjoy the film at home throughout the holidays.

“Following the tremendous box office success of our summer films which included five of the top eight domestic releases of the year, we are excited to update our theatrical plans for the remainder of 2021,” said Kareem Daniel, Chairman, Disney Media & Entertainment Distribution. “As confidence in moviegoing continues to improve, we look forward to entertaining audiences in theaters, while maintaining the flexibility to give our Disney+ subscribers the gift of Encanto this holiday season.”

Disney’s other scheduled releases will have a minimum 45-day exclusive theatrical release, including:

This means that Marvel’s Eternals could arrive on Disney+ starting Monday, December 20, but no official date has been confirmed just yet.

Before Covid-19, it would often take 6 to 8 months for movies to arrive on Disney+, so this 45-day window is a massive win for consumers looking for more choice.