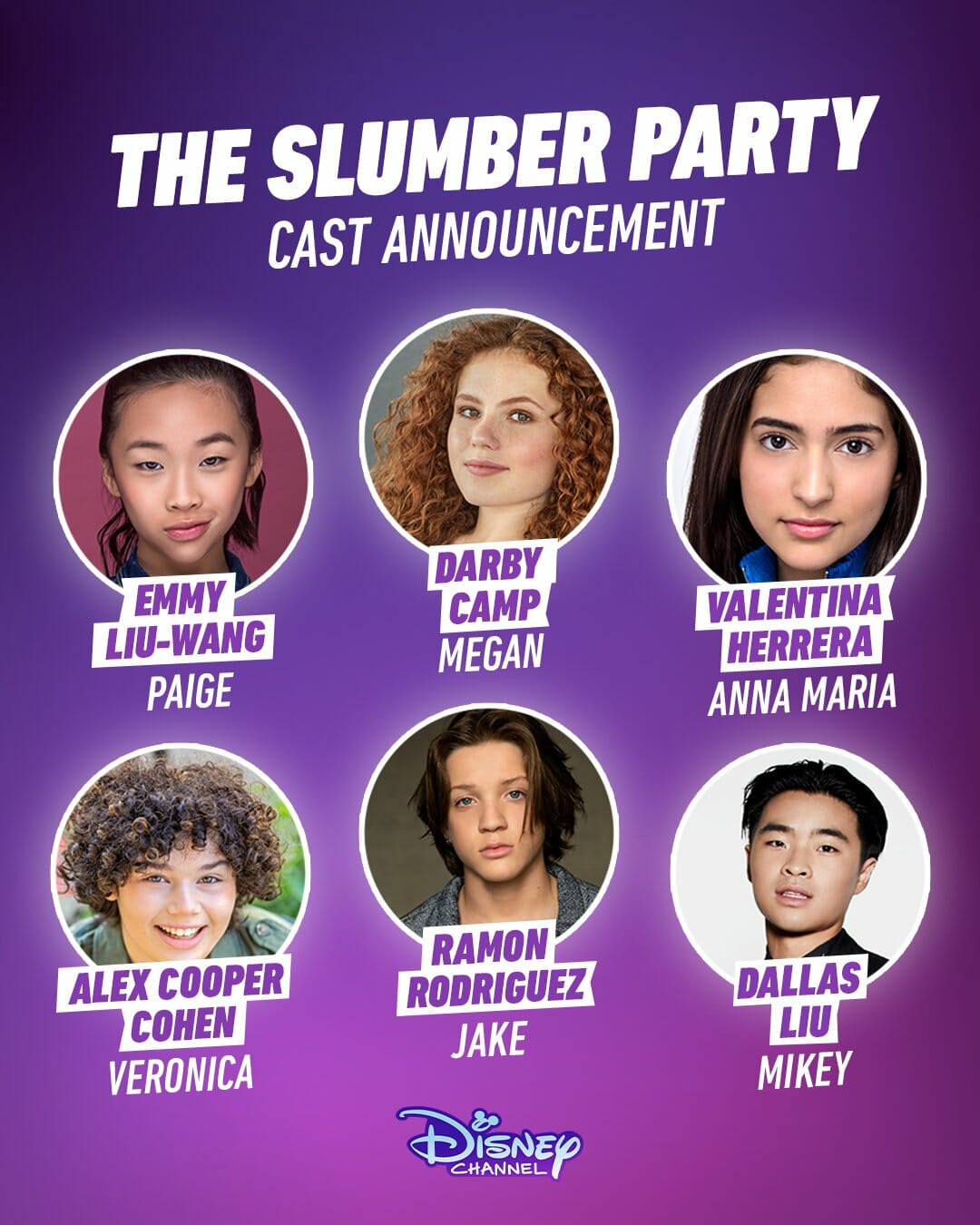 Disney Branded Television has ordered the Disney Original Movie “The Slumber Party,” based on the well-known teen novel “The Sleepover” by Jen Malone, from Imagine Kids+Family. Academy Award winners Brian Grazer and Ron Howard serve as executive producers of the movie, along with Stephanie Sperber and Jennilee Cummings for Imagine Kids+Family and production partner Jax Media’s Jake Fuller, Tony Hernandez and John Hodges. “The Slumber Party” is directed by NAACP Image Award nominee Veronica Rodriguez (“Let’s Get Married,” Disney’s “Gabby Duran & the Unsittables”), and Eydie Faye (“Fuller House”) is the writer. Production on the adventure-filled comedy begins today in Atlanta.

Lauren Kisilevsky, senior vice president of Original Movies, Disney Branded Television, said, “‘The Slumber Party’ is a hilarious ride that looks at female friendship and self-discovery through a sophisticated, cinematic lens. We aim to deliver humor, surprise and delight to our viewers with a movie that will be relatable to audiences of all ages.”

“We are so excited to partner with Lauren Kisilevsky, Jen Dubin and the team at Disney Branded Television on ‘The Slumber Party.’ Eydie Faye captured the voice and coming-of-age comedy so beautifully in her script, and Veronica Rodriquez is bringing a fresh vision and creative style to the screen,” said Stephanie Sperber, President of Imagine Kids+Family. “With this film marking IKF’s first feature production, we couldn’t have found a better home than with Disney Branded Television and their proven ability to reach YA and family audiences with timeless and entertaining content.”

“The Slumber Party” depicts the hilarious aftermath of a sleepover birthday party hypnotism gone wrong as best friends Megan and Paige, along with soon-to-be step-sister Veronica, wake up with absolutely no memory of the night before. Now they must retrace their steps to find missing birthday girl Anna Maria … and explain why there’s a flock of baby ducks in the bathtub, what happened to Megan’s left eyebrow, and why she’s wearing unattainable hottie Jake Ramirez’s signature black hoodie.

Over the past two years, the Disney Branded Television Original Movies team, led by Kisilevsky, has broadened its production slate of universally appealing movies to reach kids, families, young adults and millions of the young at heart who embrace the unparalleled Disney brand of entertainment. The team most recently shared a first look at the highly anticipated upcoming spring movie “Prom Pact” at Disney Branded Television’s showcase presentation at D23 Expo.