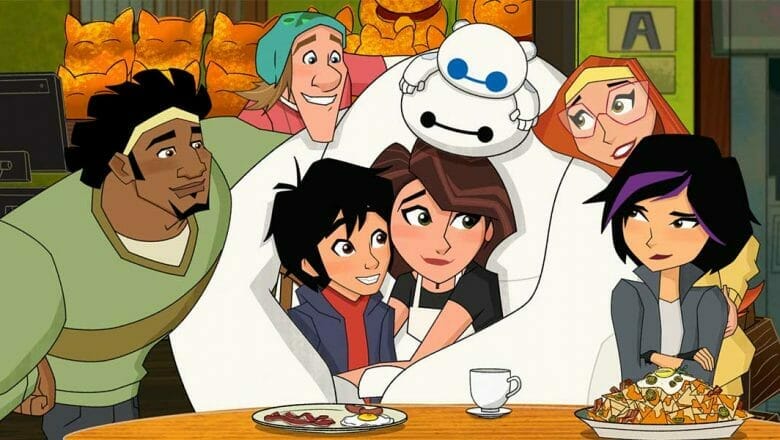 Disney has announced that the Emmy-award winning Big Hero 6: The Series will be ending after its third season.

In the first half of highly anticipated series finale, “Krei-oke Night,” Alistair Krei (voice of Alan Tudyk) enlists Big Hero 6 to help launch his latest invention: a karaoke machine. Then, in “The Mascot Upshot,” the mascots decide to add a new member to their family, and Hiro (voice of Ryan Potter) sees it as an opportunity to defeat them—once and for all!

Based on the Walt Disney Animation Studios’ Academy Award®-winning feature film, “Big Hero 6 The Series” continues the adventures and friendship of 14-year-old tech genius Hiro, his compassionate, cutting-edge robot Baymax and their friends Wasabi, Honey Lemon, Go Go and Fred as they form the legendary superhero team Big Hero 6 and embark on high-tech adventures protecting their city from an array of scientifically enhanced villains. In his normal day-to-day life, Hiro faces daunting academic challenges and social trials as the new prodigy at San Fransokyo Institute of Technology.

The series will continue to air on Disney Channels around the world, and the first two seasons are now available on Disney+.