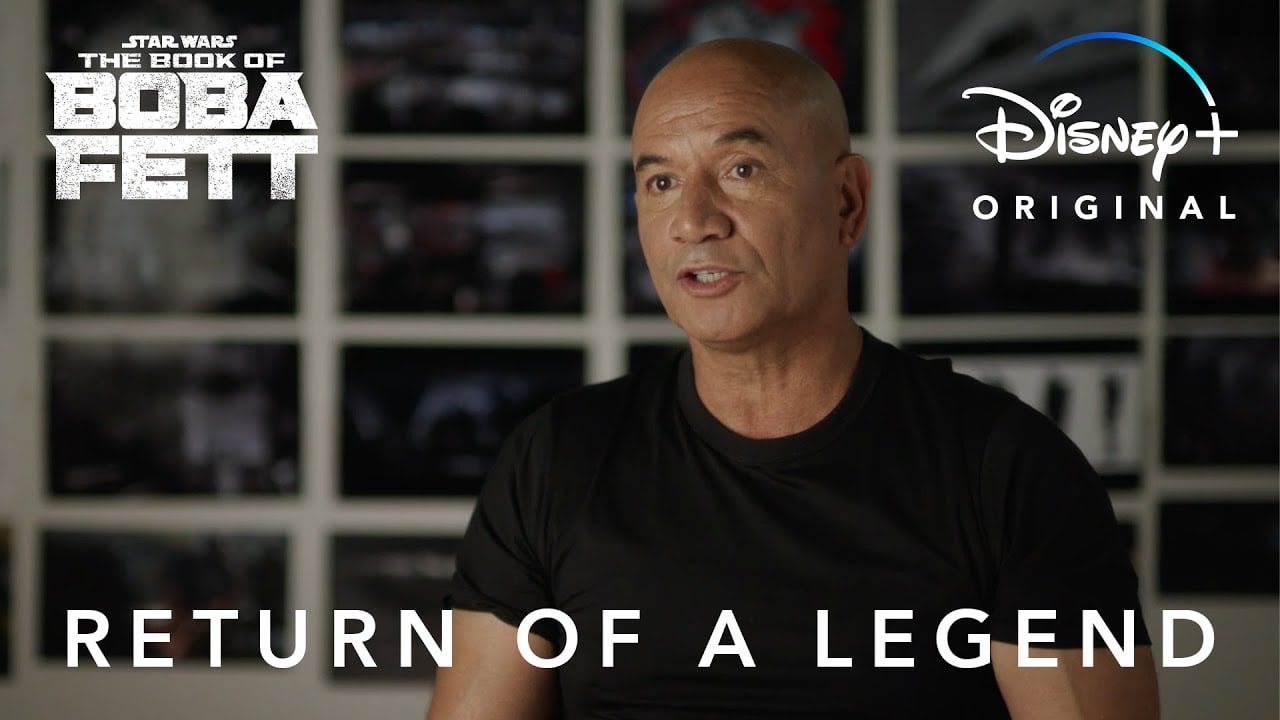 Today, Disney+ debuted an exciting, exclusive featurette to herald the return of Boba Fett, the mysterious titular character of their new original series from Lucasfilm, “The Book of Boba Fett.”  Watch “Return of a “Legend” below as filmmakers Dave Filoni, Jon Favreau and Robert Rodriguez, and stars Temuera Morrison and Ming-Na Wen, give an overview of the show and celebrate Boba Fett’s arrival next Wednesday, December 29, exclusively on Disney+.