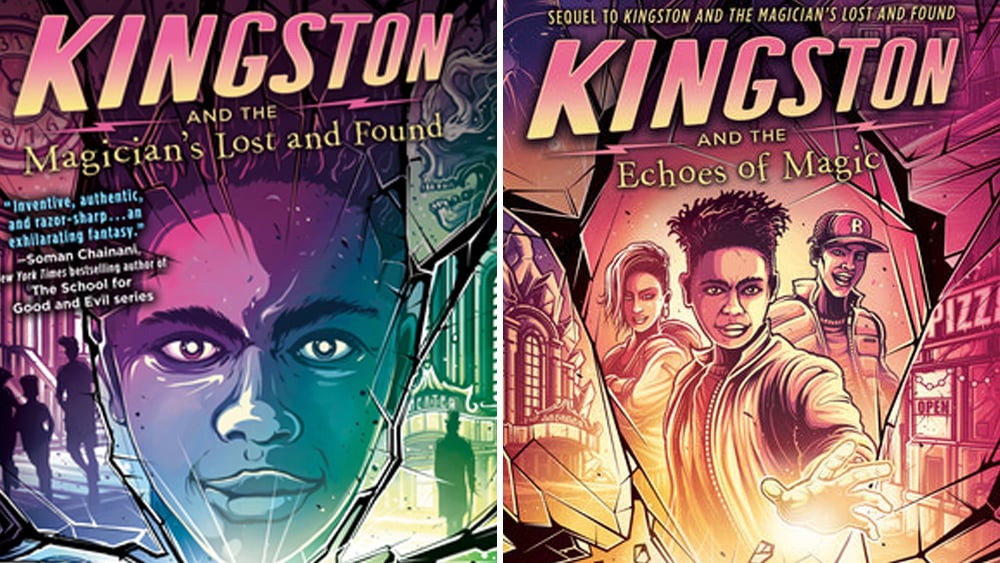 Disney Branded Television has optioned the rights to the middle-grade book series “Kingston and the Magician’s Lost & Found” and its sequel “Kingston and the Echoes of Magic” by Rucker Moses and Theo Gangi. An original movie based on the first book is currently in development with Jane Startz (Disney’s “Sneakerella,” “The School for Good and Evil”) executive producing. The book’s authors, Craig S. Phillips, Harold Hayes Jr. and Theo Gangi, will serve as co-executive producers.

In “Kingston and the Magician’s Lost & Found,” Kingston has just moved from the suburbs back to Echo City, Brooklyn—the last place his father was seen alive. Kingston’s father was one of the world’s greatest magicians until one trick went wrong, and he disappeared, somehow taking all of Echo City’s magic with him. When Kingston finds a magic box his father left behind as a clue, Kingston knows there’s more to his father’s disappearance than meets the eye. He’ll have to keep it a secret until he can restore magic to Echo City. With his cousin Veronica and childhood friend Too Tall Eddie, Kingston works to solve the clues, but one wrong move and his father might not be the only one who goes missing.

“We are thrilled to partner with Craig, Harold and Theo and bring their heartfelt story of wonder and mystery to our audience,” said Ayo Davis, president, Disney Branded Television. “Set against the backdrop of true magical history, this is an inspiring adventure of extraordinary moments happening in everyday situations.”

“‘Kingston’ is an adventure that is epic and intimate, set in a world that is both mysterious and familiar — with a story and characters our audience can relate to and be awed by. The adventure, emotion and authenticity in these books align with our mission to tell stories that not only engage and entertain but remind us that there is magic all around us, even in the most unexpected places.”

The book series was published this year (“Kingston and the Magician’s Lost & Found” in February 2021 and “Kingston and the Echoes of Magic” in October 2021) by Penguin Random House, have garnered much critical acclaim. The series received a starred review from Publishers Weekly, which called it “A fast-paced, magical read set in an accessible, vibrant world where Black magicians and a mainly Black cast take center stage.”