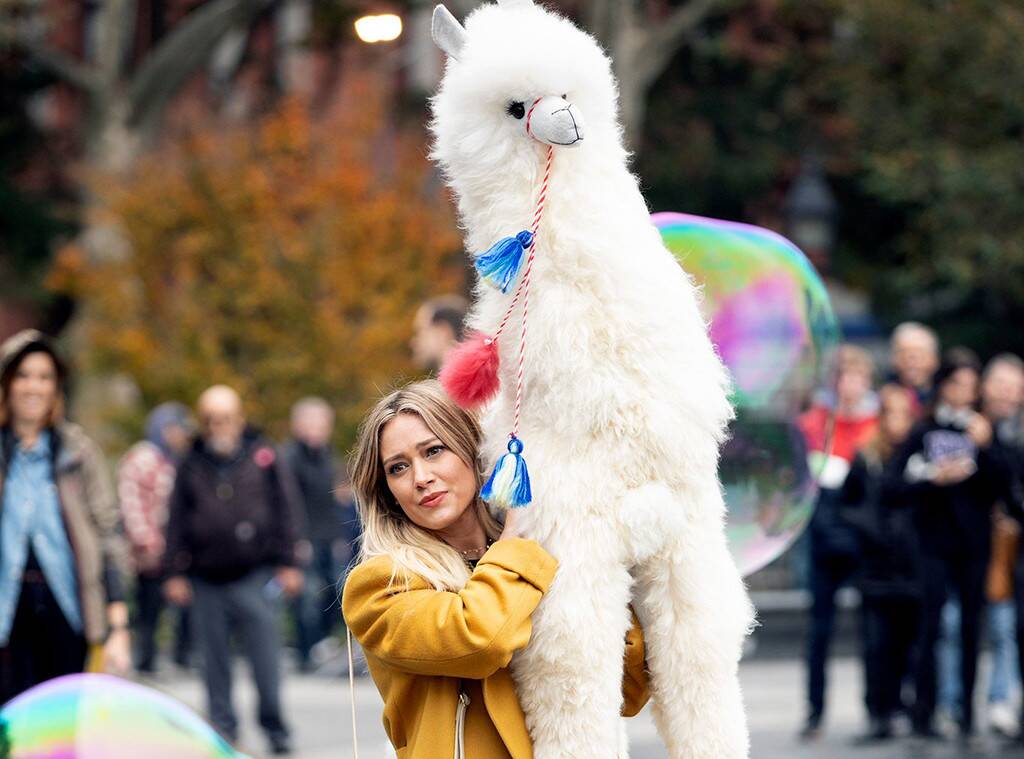 In 2019, “Lizzie McGuire” fans were thrilled to hear that a reboot of the hit show was in the works for Disney+.  The series began filming in November 2019, but came to a screeching halt in January after only filming 2 episodes.  News broke that series creator and showrunner Terri Minsky had been abruptly fired. Since then, the show has been on hiatus with no clear direction if the project was still moving forward.  At that time, sources said Minsky and Duff wanted to do a more adult version of Lizzie McGuire for the reboot, while Disney wanted a family-friendly show that was more like the original series.

The original series picks up as Lizzie McGuire (Hilary Duff) is just about to turn 30. She seemingly has it all – her dream job as an assistant to a fancy New York City decorator, her dream guy and a picturesque Brooklyn apartment – but things aren’t always as they seem. With a little help from her friends, her loving family and her 13-year-old alter-ego in animated form, Lizzie navigates the ups and downs of adulthood.

Last month, Hilary took to Instagram to inform fans that the show sadly would not be moving forward.

And now, some of the returning original cast of the show have recently voiced their frustrations to “Vice” regarding the cancellation and even citing that Disney executives were to blame.  You can read some of their statements below:

“When we did the read-through of the first two scripts, there were literally three rows of chairs and in each chair was some kind of a Disney executive. I mean, there were 25 of them in there. And they were laughing their asses off. Every single step of that trajectory had to be greenlit by somebody who’s high up in the organization. So, you go to all that trouble and they decide at the last minute, out of the blue, that it needs to be more kid-friendly? I don’t get that.”

“I’m sad. We had the best time when we got together for those two episodes. It felt like no time had passed, except that all of a sudden these kids were adults. It just seems ridiculous. There’s always more to it than you hear, and I certainly am not privy to those conversations in the back room.”

“Fans always tell me how watching the show was a staple of their childhood, and honestly, I was right there with them running to the TV every week to watch the latest episode.  When I walked onto the set of the rebuilt McGuire house for the reboot, it felt like such an unreal homecoming, an overwhelming childhood nostalgia. It saddens me greatly that the fans don’t get to share in that feeling.”

While it doesn’t look like the Lizzie McGuire reboot will happen anytime soon, fans can still stream the original series on Disney+.