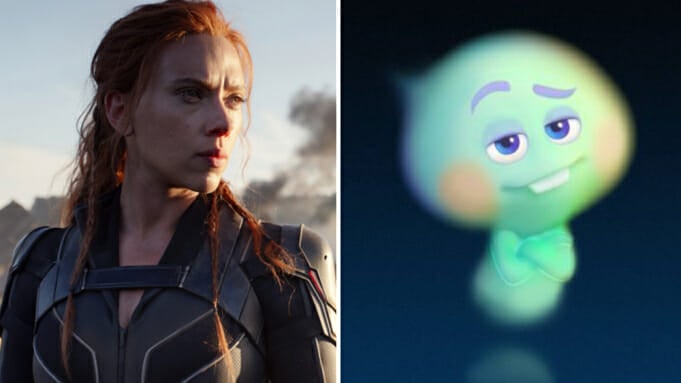 Disney has seen a massive disruption to its theatrical release calendar due to the Coronavirus pandemic.  Several movies have been postponed or delayed while other movies, which were originally intended to be released in theaters, have been moved to Disney+.  Marvel’s Black Widow is one of the movies that has been in limbo.

The film was originally scheduled to hit theaters on May 1, 2020, and was delayed several times before landing on November 6, 2020, in the US and October 30, 2020, in the UK.  As we move closer to November 6th, many news outlets are reporting that Disney will once again delay the release of the new superhero adventure movie.

Just a few days ago, Warner Bros. announced that Wonder Woman 1984 will debut in late December instead of early October. STX also moved the Gerard Butler thriller Greenland out of September, while Universal pushed Candyman into 2021.  Sony also recently stated that they will not release any big movies like Venom 2 or Spider-Man 3 in theaters until after the pandemic is over.  Given the circumstances, it would be highly unlikely for Disney to keep their November 6th release date.

Variety is also reporting that according to their sources, Disney is exploring the idea of releasing Pixar’s Soul to Disney+. The animated film is still scheduled to release on Nov. 20, but it is unlikely that will happen.  Disney charged subscribers an additional $30 to watch Mulan on the streaming service on Premier Access, though it didn’t cost extra to watch other releases intended for theaters like Hamilton, Artemis Fowl or The One and Only Ivan.  It will be interesting to see what direction Disney decides to go with Soul.

Disney has yet to comment on both of these matters, but we’ll keep you updated as soon as Disney announces anything.

In Pixar’s Soul, Joe Gardner is a middle-school band teacher who gets the chance of a lifetime to play at the best jazz club in town. But one small misstep takes him from the streets of New York City to The Great Before – a fantastical place where new souls get their personalities, quirks and interests before they go to Earth. Determined to return to his life, Joe teams up with a precocious soul, 22, who has never understood the appeal of the human experience. As Joe desperately tries to show 22 what’s great about living, he may just discover the answers to some of life’s most important questions.