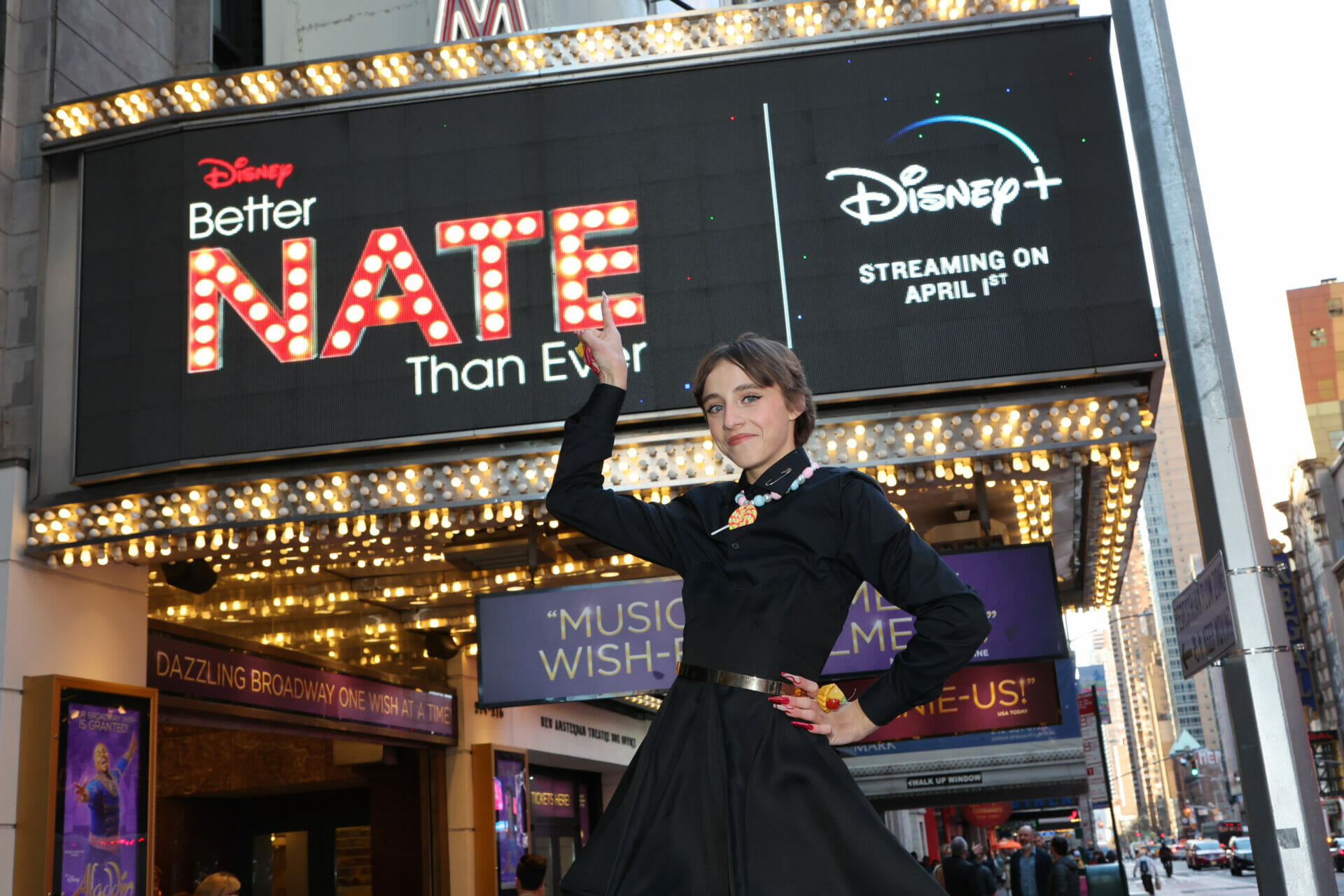 This evening in New York, Disney held a special screening of its latest comedy adventure “Better Nate Than Ever,” which will stream exclusively on Disney+ beginning April 1.

In attendance at the event held earlier this evening at the AMC Empire Theater were the film’s stars Rueby Wood, Aria Brooks, Michelle Federer and Norbert Leo Butz and director/writer/executive producer Tim Federle.

“Better Nate Than Ever” stars Aria Brooks (“All That,” “Saved in the City”), Joshua Bassett (“High School Musical: The Musical: The Series”), Michelle Federer (“New Amsterdam,” “The Defenders”) introducing Rueby Wood as Nate, with Norbert Leo Butz (“Debris,” “Fosse/Verdon”) and Lisa Kudrow (“Friends,” “Housebroken”). Based upon the debut novel by Tim Federle, the film was written for the screen by and directed by Tim Federle (“High School Musical: The Musical: The Series”) in his feature film directing debut. Marc Platt (“La La Land,” “Cruella”) and Adam Siegel (“Oslo,” “Thunderforce”) served as the film’s producers, with Tim Federle and Pamela Thur (“Hustlers,” “Marry Me”) as its executive producers.

“Better Nate Than Ever” will stream exclusively on Disney+ beginning April 1, 2022.