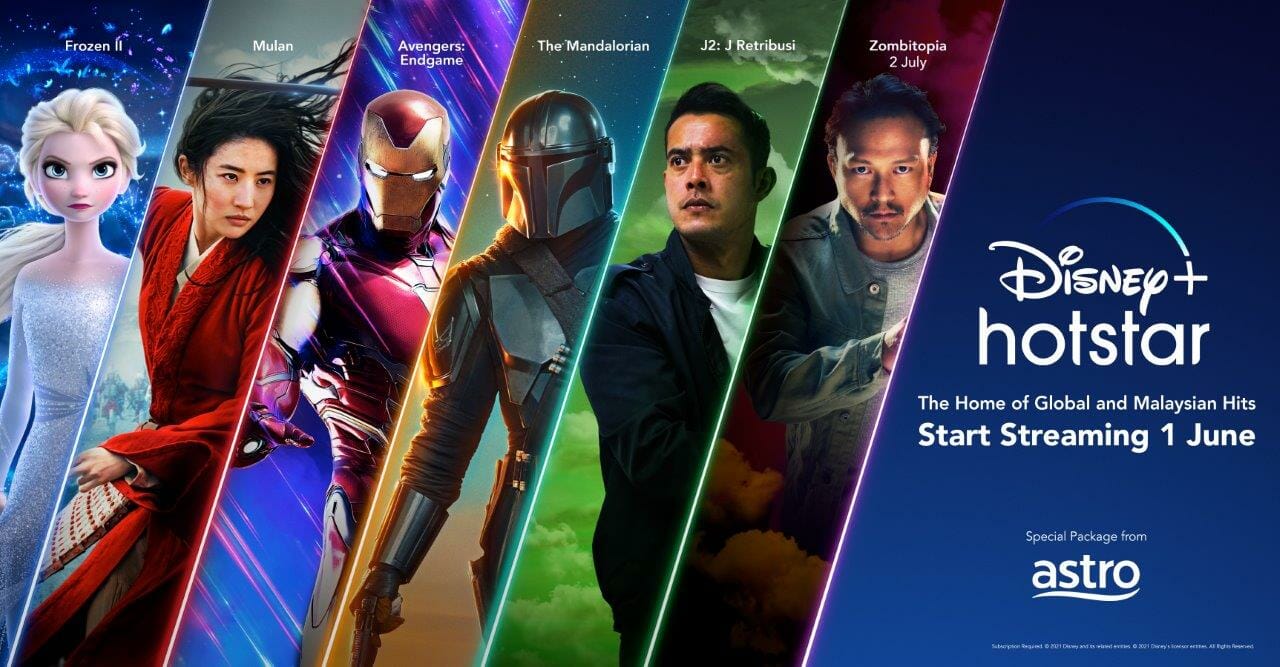 Disney has announced that it will launch its Disney Plus Hotstar streaming service in Malaysia on June 1, 2021.  The platform will offer Disney branded entertainment including Pixar, Marvel, Star Wars and National Geographic in addition to a significant amount of local content.

The launch is being held in partnership with the country’s leading pay-TV platform Astro. Subscribers can also stream the service from the company’s website or download an app for mobile devices from the Android and iOS stores.

Direct subscribers can access the service for RM54.90 ($13.35) for three months, while Astro will offer package deals. Each registered account can support two concurrent streams, and the majority of content is available for download on mobile and tablet.

A launch event, held entirely virtually, included guest appearances from Marvel actors Anthony Mackie and Sebastian Stan and a walk-through of some of the local content choices.

Disney also confirmed that it has secured a local multi-year content agreement with top Malaysian studios such as Skop Productions, Revolution Media Films, Primeworks Studios, WAU Animation, Act 2 Pictures, Les’ Copaque Production and Red Films.  This will allow subscribers to stream a plethora of new local films and series at launch or shortly after. A number of movies are also expected to “skip theatres and launch straight on the streaming service”. These include films like J2: J Retribusi, the explosive action-packed sequel to the blockbuster J Revolusi, starring Zul Ariffin, Ashraf Sinclair and Amelia Henderson, Zombitopia starring Shaheizy Sam, Bront Palarae and Sharifah Amani, and Ada Hantu starring Hairul Azreen. Ejen Ali The Movie 2 will also stream exclusively on Disney+ Hotstar after its theatrical debut.

Malaysian subscribers will also enjoy all of Disney+’s original programming including “The Mandalorian,” Marvel Studios’ “WandaVision,” “The Falcon and The Winter Soldier” and “Loki.” This is in addition to the latest blockbuster releases and library content, including Marvel Studios’ “Avengers: Endgame,” “Avengers: Infinity War” and “Black Panther.” Live-action film adaptations include: “Mulan” and “Maleficent: Mistress of Evil.” Disney Animation titles available on the platform will include both “Frozen” films and “Big Hero 6.” Available Pixar titles include: “Soul,” “Coco,” “The Incredibles 2” and “Finding Dory.”