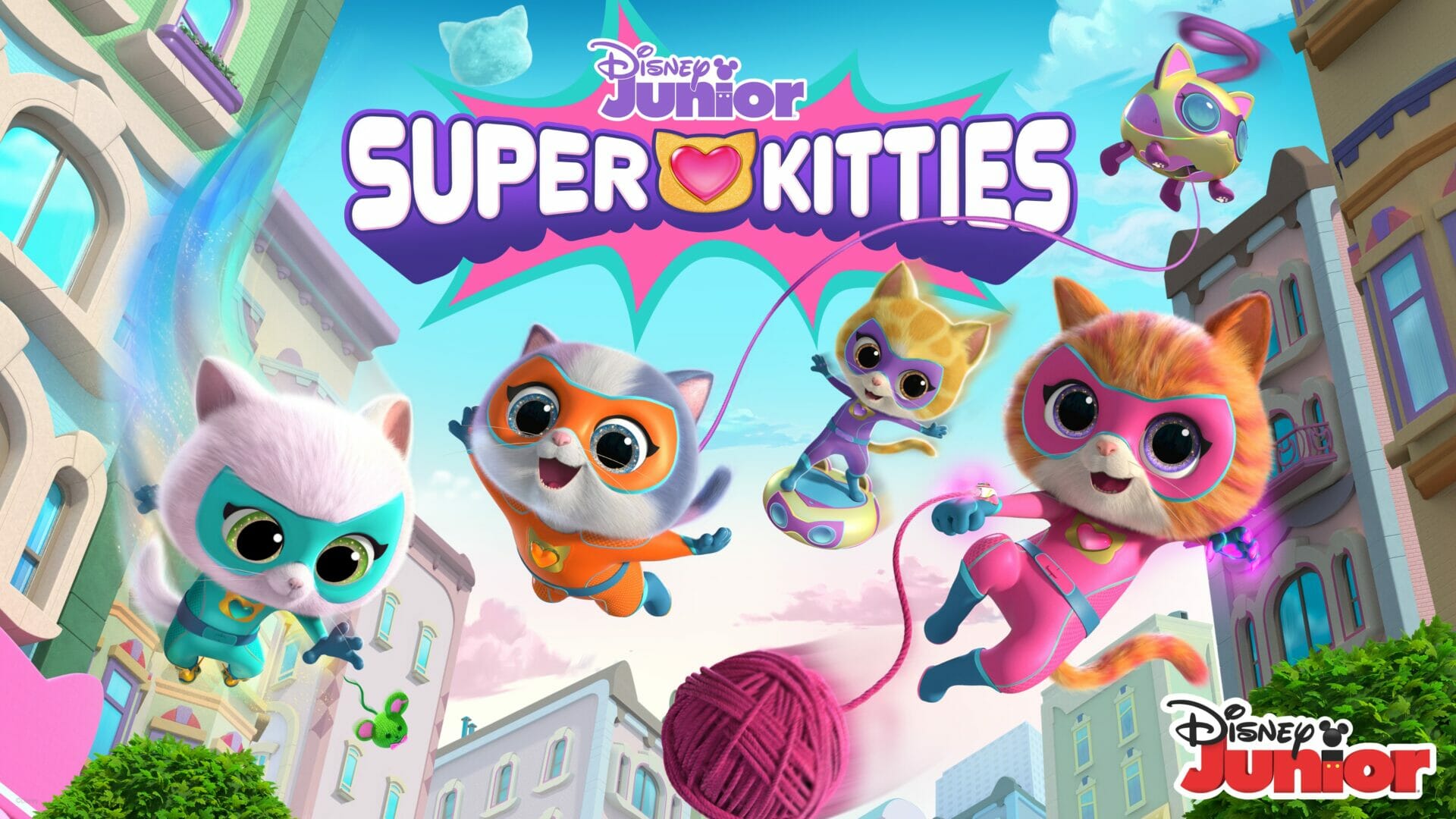 “SuperKitties” is an adorable and action-packed new series about four fierce and furry superhero kittens — Ginny, Sparks, Buddy and Bitsy — who are on a mission to make their town of Kittydale a more caring and “pawesome” place. Defeating villains and imparting important messages of kindness, empathy, friendship, resilience and problem-solving, the series is created and executive produced by Emmy Award winner Paula Rosenthal (“Peter Rabbit”).

The digital soundtrack for the series, “Disney Junior Music: SuperKitties,” was released by Walt Disney Records in conjunction with the series premiere on Jan. 11.

“SuperKitties” is currently airing on Disney Channel and Disney Junior, with some episodes also available to stream on Disney+.