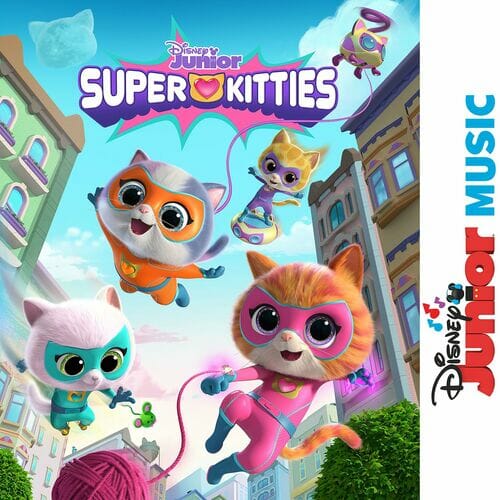 Walt Disney Records has released the soundtrack album for Disney Junior’s new animated series “Super Kitties.”  The series just premiered yesterday on Disney Junior and Disney Channel and the first 11 episodes of the series are available to stream now on Disney+ in the United States.

You can also listen to the theme song: