Last week, Disney CEO Bob Iger announced that Disney+ will be launching in Western Europe on March 31, 2020. Iger didn’t mention anything about what European customers will have to pay to get their hands on Disney+.

According to MacRumours, they think they may have discovered the British and French pricing plans ahead of time, simply by switching between Apple accounts on an iPhone.

One of their readers first downloaded the Disney+ app from the US App Store using his US Apple ID, and then switched to his French Apple ID, followed by his British Apple ID. The Disney+ subscription screen subsequently presented him with the following monthly and yearly pricing plans. 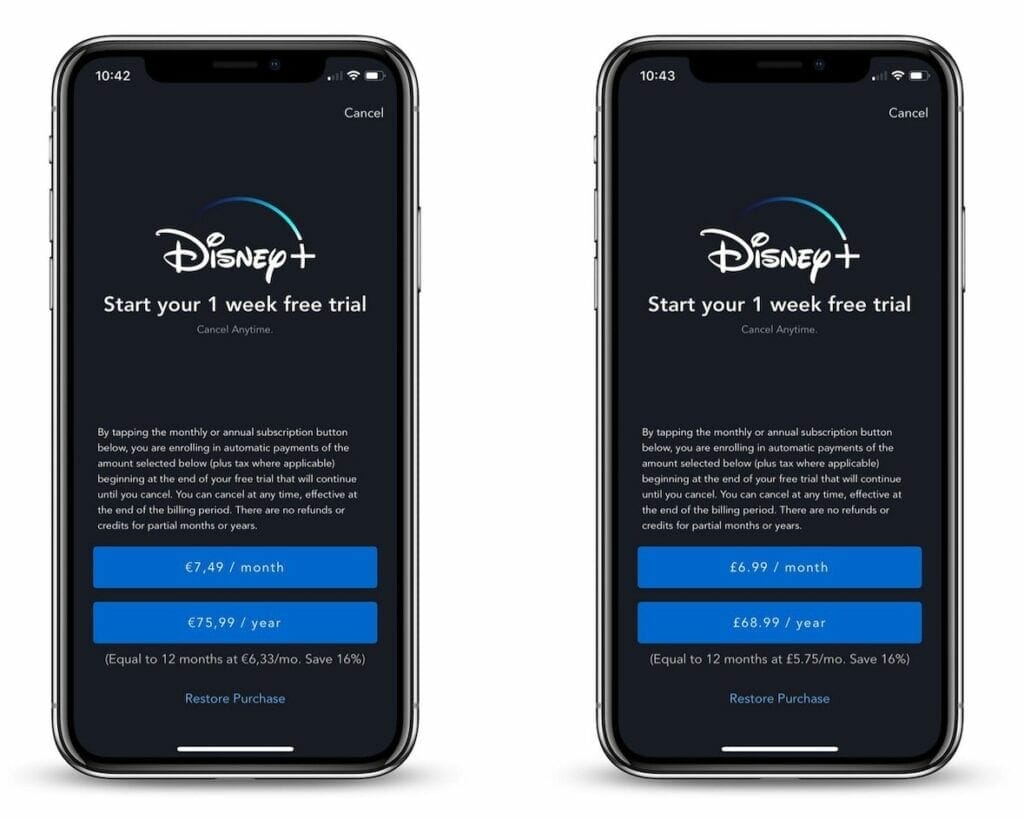 Given that Disney+ costs $6.99 per month in the U.S. (or $69.99 per year), it was pretty much expected that the dollar price would be mirrored in pounds sterling.

For Euros, we do know that Disney+ costs €6.99 in the Netherlands, so perhaps we can expect some variation between EU territories.

Keep in mind that nothing has been officially announced by Disney and plenty can change between now and March 2020.