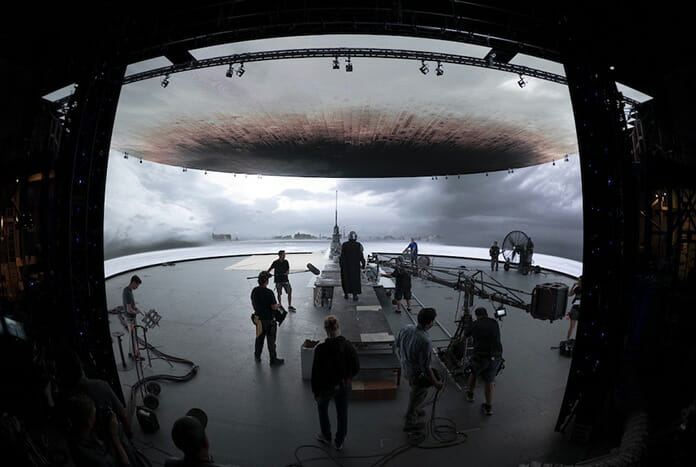 ACE Universe recently revealed that the upcoming Disney+ Obi-Wan Kenobi series will be using the same revolutionary visual effects technology called “The Volume” that was first seen in The Mandalorian.  This huge screen technology has the ability to create amazing visual effects through the use of HD LED panels that can duplicate the landscapes of different worlds.

In a recent episode of Disney Gallery: The Mandalorian on Disney+, fans were able to get a behind-the-scenes look at how this cutting edge technology works.

Here’s what Ewan McGregor, who plays Kenobi in the prequel, said about this technology in a recent interview with ACE.

“I think I am going to enjoy it much more,” McGregor said. “[The prequels] were all blue screen and green screen and it was hard to imagine, but nowadays I think things have moved on so much, and I think a lot of what you see is gonna be what we see on the set. I don’t know if you’ve seen the behind-the-scenes of The Mandalorian series, but they employ that incredible screen.”

He continued, “It’s pretty amazing. It makes you feel like you’re in the place, it’s going to feel realer for us as actors.”

You can see that interview in its entirety below:

Ewan McGregor will reprise his role as Kenobi and the events are said to take place eight years after the events of Star Wars: Revenge of the Sith and before Star Wars: A New Hope. The series will be directed by Deborah Chow. Chow, Amini, and McGregor will serve as Executive Producers alongside Kathleen Kennedy, Tracey Seaward (The Queen), and John Swartz (Rogue One: A Star Wars Story). Jason McGatlin, Lucasfilm’s Executive Vice President Production, will serve as co-producer.

Filming was originally going to start later this year, but it was delayed until January 2021.  A release date for the series has not been announced yet.