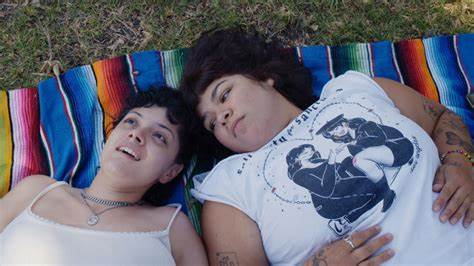 Disney Original Documentary has acquired worldwide rights to “Mija.” The doc tells the inspiring story of a young Latina manager who is working to change the music business. In addition, Disney-owned FX,  has also retained the rights to develop scripted content based on the film.

According to Variety, “Mija” centers on Doris Muñoz, who at 23, began a career in music talent management, where she has passionately advocated for rising Latinx artists. Three years after she began her work, Doris meets Jacks Haupt, a promising Chicana singer, desperate to break out of her home in Dallas, Texas. The two bond over the guilt they feel over being the first American-born members of their undocumented families and the financial risks they’ve undertaken to make their dreams a reality.

“Mija” is the debut feature of Mexican American filmmaker Isabel Castro and premiered to rave reviews at this year’s Sundance Film Festival. The film will follow through the festival circuit that will be followed by a theatrical run and will then head to Disney+ later this year.

“We are thrilled to be working with Isabel and this talented team of filmmakers,” said Ayo Davis, president of Disney Branded Television. “‘Mija’ is a testament to the power of first generation storytelling and is a prime example of our commitment to inclusive and diverse storytelling. We can’t wait for audiences around the world to see it.”

“‘Mija’ beautifully captures a first-generation story and what it means for that to be a part of your identity — no matter where you’re from,” said Marjon Javadi, VP of Disney Original Documentary. “Isabel and her team accomplished the rare feat of sharing a multidimensional immigration story, utilizing music as a universal language of expression. We’re so proud to present this as a Disney Original Documentary to our global audiences on Disney Plus.”