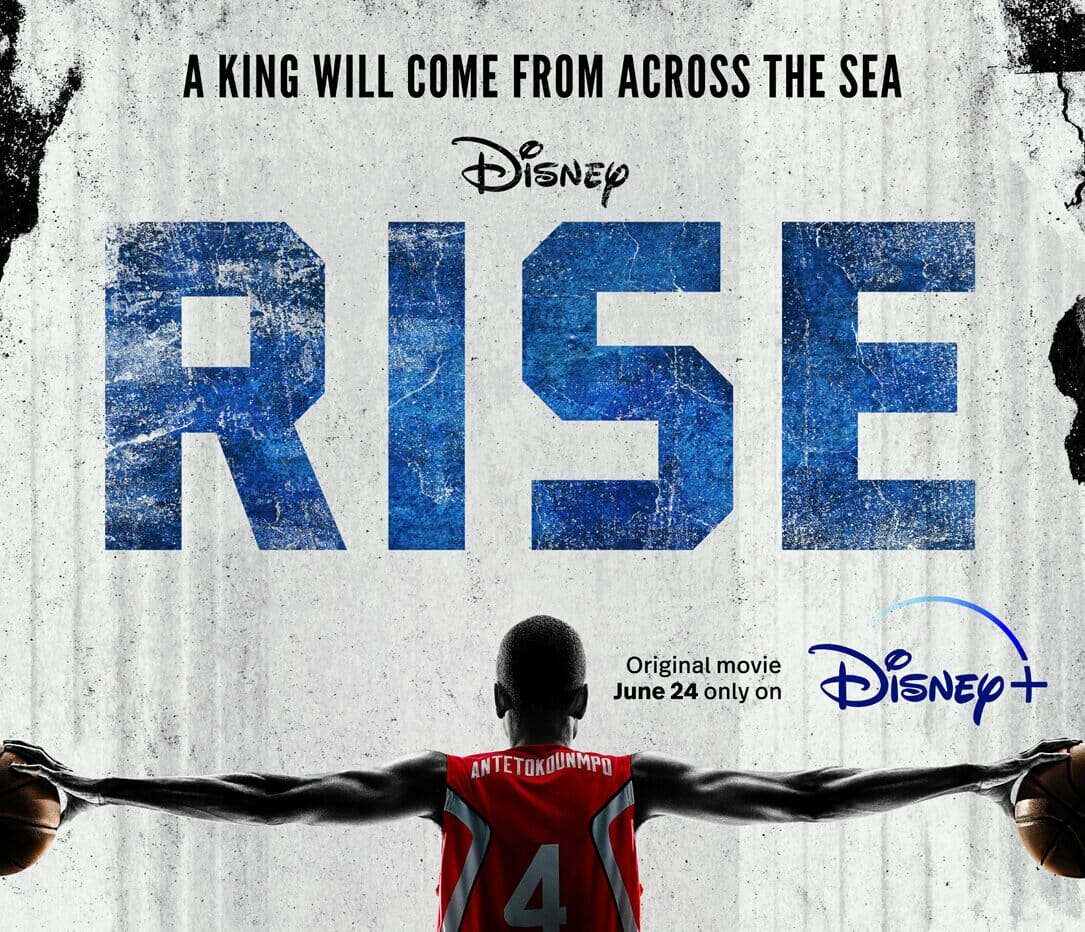 The first social media reactions are starting to surface online for the Disney+ Original movie “Rise,” based on the triumphant real-life story about the remarkable family that gave the world the first trio of brothers to become NBA champions in the history of the league – Giannis and Thanasis Antetokounmpo of the Milwaukee Bucks and Los Angeles Laker Kostas Antetokounmpo, and their younger brother Alex. The film will debut on June 24 exclusively on Disney+.

First reactions report that the movie is inspirational, charming and a great story. Read some social media reactions below:

#DisneyPlus‘ new film #RISE isn’t truly about basketball but explores the Antetokounmpo’s journey, the value of family, and what it means to chase your dreams; surely inspiring many others to do the same. pic.twitter.com/mOV4K4Xd61

#Rise is simple but effective. A good enough movie to be called a Disney+ Original Movie. It’s inspiring enough to have their target audience continue to fight for their dreams. I would have loved a more developed storyline given the “uphill battle” of the Antetokounmpo family. pic.twitter.com/BaljYBy4Y5

RISE is not only a sports movie, but it’s the incredible story of the Antetokounmpo family & the sacrifices they made together to become basketball royalty. Humble beginnings can’t stop hard work, dedication, and faith. An inspiring tale where nice guys don’t finish last.#RISE pic.twitter.com/Kyj8b1QANK

#RISE is so much more than a basketball movie. The Antetokounmpo family’s story is an inspirational one whether you know the brothers or not. It encourages everyone to chase their dreams, step into the unknown, and never forget the value of family (and those like family). pic.twitter.com/dzwDzEGWWn