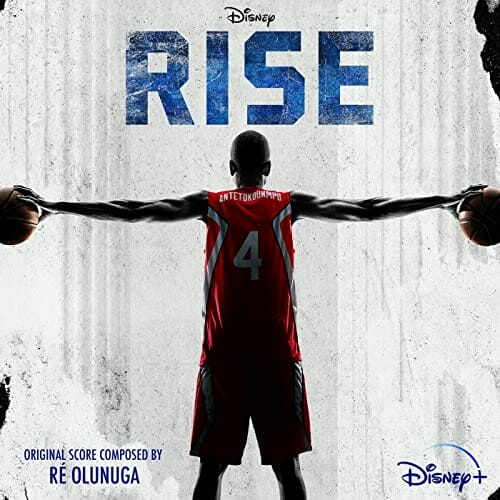 Walt Disney Records will release the soundtrack album for the Disney+ Original movie “Rise” on Friday, June 24, 2022, the same day the film premieres on Disney+.

Per Film Music Reporter, the album features the film’s original music composed by Ré Olunuga (Up North, Coming from Insanity). The Nigerian composer’s score mixes his interpretation of classic orchestral Disney film music with traditional African phraseology, rhythms and instruments. Also included are two original songs co-written and performed by the eldest Antetokounmpo brother, Ofili (aka Francis Adetokunbo), as well as the song One Day performed by Shirazee.