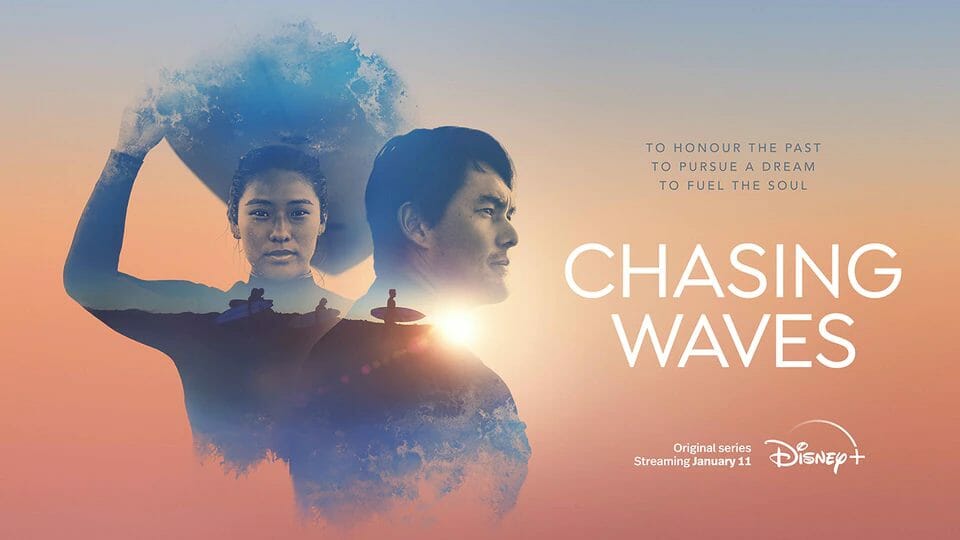 The Walt Disney Company has today announced that Disney+ Original series “CHASING WAVES” will premiere on platform on January 11, 2023.

The character-driven documentary series, shot with state-of-the-art 4K cameras and stunning 16mm archival film, follows athletes from various cultural backgrounds as they pursue their dreams and paints a captivating picture of Japanese life and showcases what it takes to succeed in the international surf industry.

From the indoor wave pool called the “Ocean Dome” in Miyazaki to the hallowed grounds of the stalwart surfers in the icy waters of Hokkaido, “CHASING WAVES” paints a holistic picture of the world of Japanese surfing culture through those who live it in a magical new way.

Executive Producer, Andrew Fried of Boardwalk Pictures (Chef’s Table, Cheer, Last Chance U), said “Surfing is not just a sport, but a culture and a way of life. Surfing is a community that truly knows no borders. Putting a lens on these athletes from this part of the world allows us to connect with their passion, and experience just how universal and global surf culture is today.”

Executive Producer and Co-Director Christopher G. Cowen (The Sixties, 1968, On Freddie Roach) of Station 10 Media said, “We’re thrilled that Disney+ is supporting the opportunity to illuminate these inspiring, historic, culturally rich, and important stories about the oceans and those that ride its waves.”

All eight episodes will premiere on 11 January globally Disney+.