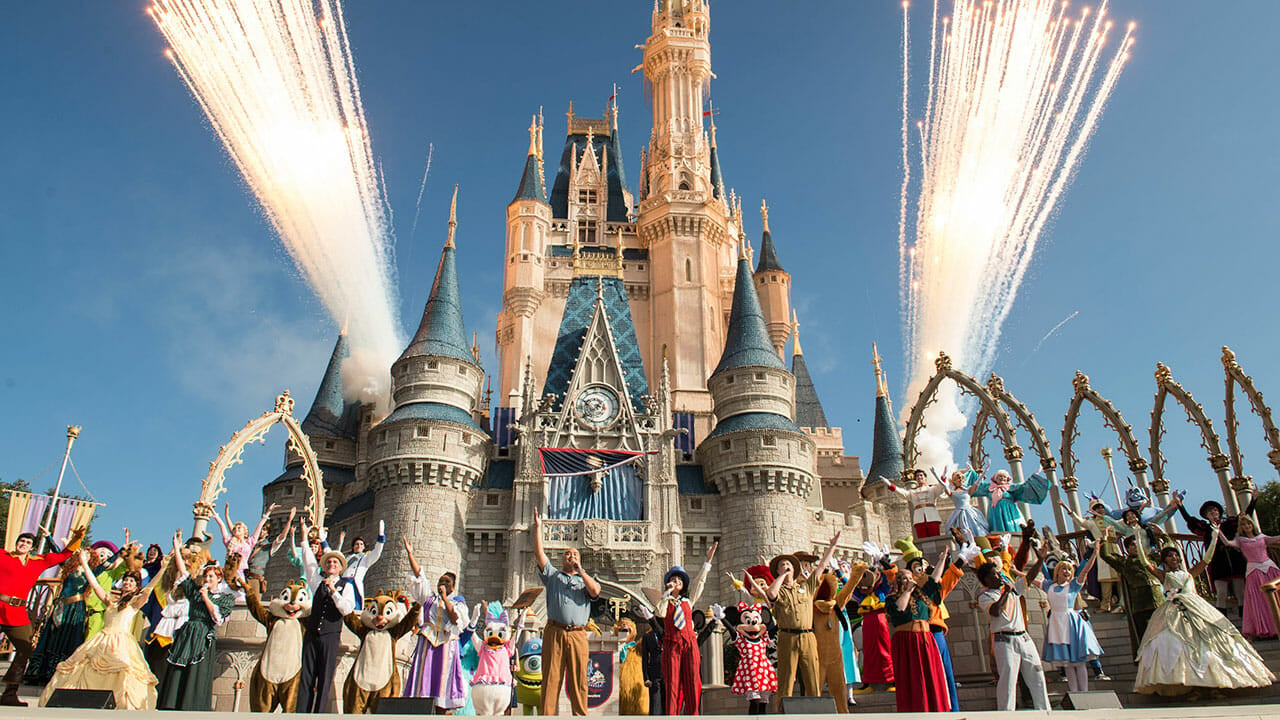 Today Disney Resorts around the world announced extended closures for its theme parks due to the COVID-19 (coronavirus) pandemic.

Disneyland Resort also announced the resort will remain closed until further notice. Disneyland temporarily closed down its theme parks on March 14 with original plans to reopen on April 1st.

You can read the official statement from Disney for the US resorts below: 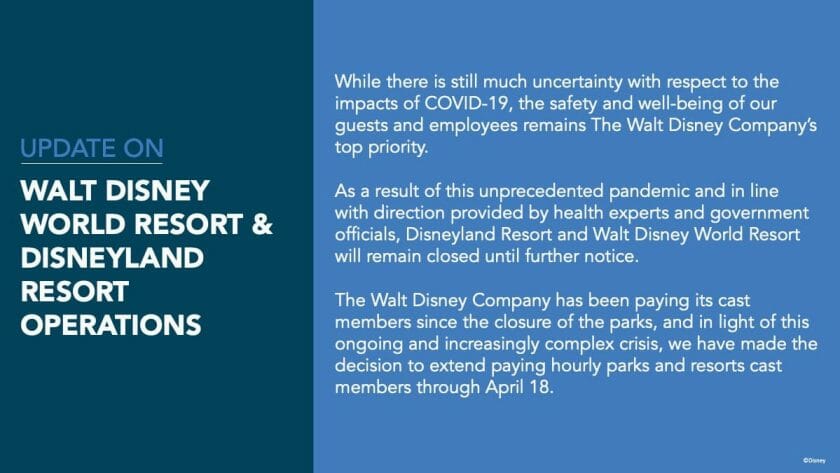 Tokyo Disneyland announced that they are extending their closure as well. The earliest day they will reopen is April 20, 2020.  Tokyo Disney Resort temporarily closed its gates on Saturday, February 29 with a planned reopening of March 15. It is possible the April 20 reopening date could be extended as well.

Below is the statement from the Tokyo Disney Resort website:

The temporary closures of Tokyo Disneyland and Tokyo DisneySea have been extended in light of the continued request from the New Coronavirus Response Headquarters to refrain from holding events, etc. as well as the current situation in Japan and abroad. The reopening of the parks is planned for April 20 or beyond, for which a new announcement will be sent out.

Disneyland Paris made the decision to temporarily close on March 15 due to the coronavirus pandemic. The resort had originally planned to reopen on April 1st, but with the new regulations now issued by France, Disneyland Paris will remain closed through at least April 15th.