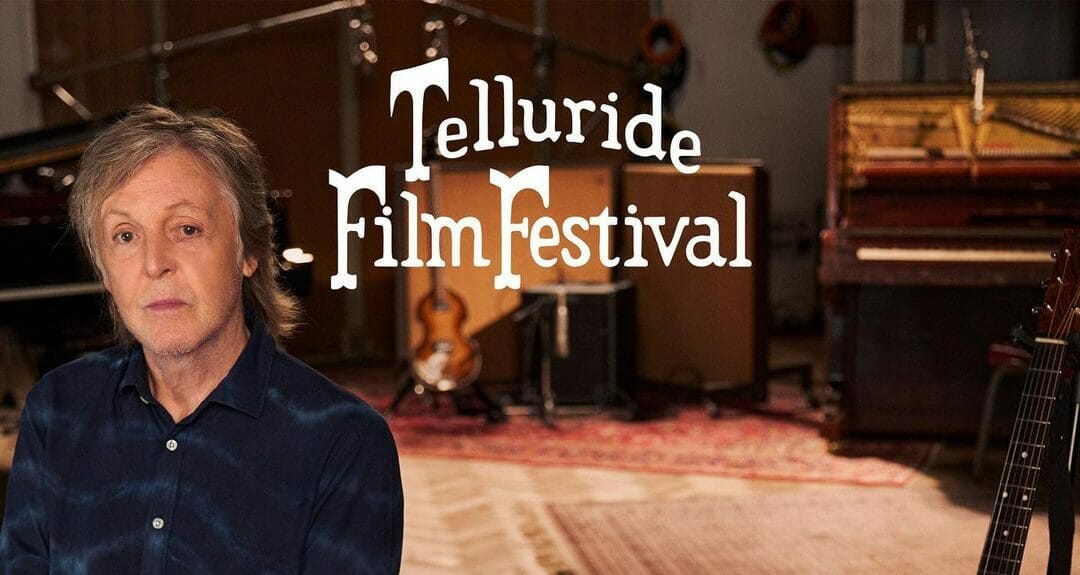 Today, Disney Original Documentary announced their partnership with Mercury Studios and Ventureland for the worldwide streaming release of IF THESE WALLS COULD SING, the intimate and revealing feature documentary debut from director Mary McCartney. The film, which will have its world premiere at this year’s Telluride Film Festival, was produced by John Battsek, producer of the Oscar®-winning “One Day in September” and “Searching for Sugar Man,” Sarah Thomson and Miles Coleman, under the production company Ventureland. Serving as executive producers are Alice Webb and Marc Robinson of Mercury Studios and Kerstin Emhoff and Ali Brown of Ventureland. 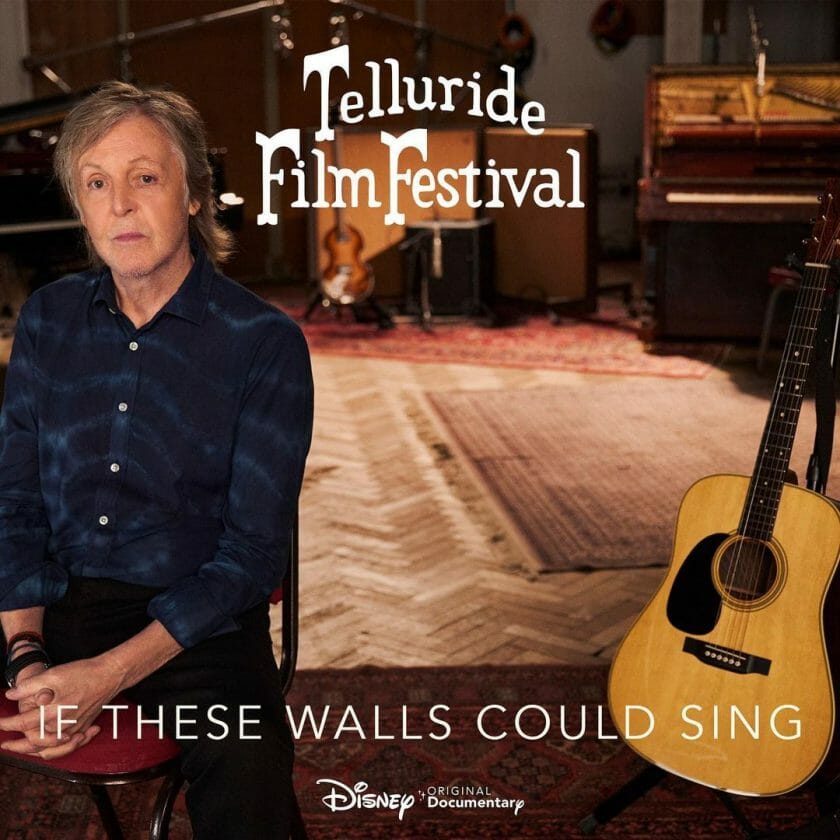 IF THESE WALLS COULD SING sees Abbey Road Studios open up its doors for the first time, as director Mary McCartney guides audiences through her home away from home, weaving together personal stories along with archival imagery and recordings into an intimate and emotional history of the most famous studio in the world. Through exclusive interviews with Paul McCartney, Ringo Starr, Elton John, Liam Gallagher, Noel Gallagher, John Williams, Celeste and Kate Bush, among others, audiences will get a front-row seat to nine decades of memories that tell the stories of some of the studio’s most iconic recordings and the people who made them happen.

“We are thrilled to present Mary McCartney’s incredibly personal feature documentary debut, a compelling story behind the generations of music that derived from the legendary Abbey Road Studios,” said Marjon Javadi, Vice President of Disney Original Documentary for Disney Branded Television. “Given her lifelong connection to the space, we are excited for audiences everywhere to go explore Abbey Road Studios through Mary’s eyes and discover new facets of the world’s most iconic music studio.”

From the first British rock ‘n’ roll records that inspired a generation to a band that came down to Abbey Road from Liverpool and set the world alight, Abbey Road is the birthplace of recordings that have changed the world. The Beatles learned how to be at Abbey Road; their evolution lies at the heart of the film, tracing how the band and the studios grew together, rewrote the rules of songwriting and transformed pop music forever. Pink Floyd entered the space the Beatles forged. Interviews with Roger Waters and David Gilmour piece together the band’s creative process and journey to one of the world’s most pioneering and successful records, “Dark Side of the Moon.”

“Making this documentary was an incredible opportunity to learn more about somewhere I have grown up and have great affection for,” said director Mary McCartney. “To highlight and celebrate the place, the music and the talent that have made the studio what it is, through their creativity and innovation, was an honor. I’m thrilled to partner with Disney Original Documentary, so we can invite the audience into Abbey Road, to experience the magic that has been created within its studios over the last 90 years.”

From classical to pop, film scores to hip-hop, IF THESE WALLS COULD SING explores the breadth, diversity, and ingenuity of Abbey Road Studios. Intimate interviews with leading artists, producers and composers paired with vivid archive footage and session tapes give exclusive access to these famously private studios. From Elton John to Jacqueline Du Pre to Jimmy Page, from Kate Bush to Paul McCartney to Celeste, all found their musical language in Abbey Road Studios. Audiences will experience the creative magic that makes it a revered and sacred space that still produces many of the most recognized records today and makes Abbey Road the most famous and longest-running studio in the world.

The film will make its world premiere at the 2022 Telluride Film Festival and will continue to hit the festival circuit until it premieres globally on Disney+ at a later date.

“The story of Abbey Road Studios is something that we’ve always wanted to share with the world,” said Marc Robinson, co-president of Mercury Studios. “The feeling you get when you walk through the doors is magical, and we knew we needed to find a way not only to share that feeling with audiences but to celebrate the studio’s rich and storied history. With Mary, we found the perfect storyteller — someone who brings an unrivaled perspective along with her incredible creative lens. Alongside our partners at Disney and Ventureland, we can’t wait for audiences to experience the intimacy of Mary’s filmmaking and the magic of Abbey Road.”

Mary McCartney is an acclaimed photographer and director based in London. Her photographic work has focused on discovering those rare moments of unguarded, emotionally charged intimacy that offers us a new insight into the subject. In addition to her photography, Mary executive produces and presents the Emmy® Award-nominated cooking show “Mary McCartney Serves It Up” (2020-22) for Discovery+.

Mary McCartney is directing. John Battsek, producer of the Oscar-winning “One Day in September” and “Searching for Sugar Man,” produced the film under his company Ventureland, alongside Sarah Thomson and Miles Coleman. Alice Webb and Marc Robinson of Mercury Studios serve as executive producers. Kerstin Emhoff and Ali Brown of Ventureland also executive produced. Marjon Javadi is vice president of Originals for Documentaries and Docuseries for Disney Branded Television/Disney Original Documentary.

Disney Original Documentary previously announced upcoming projects “Goodbye Yellowbrick Road: The Final Elton John Performances and The Years That Made His Legend,” the untitled film on Jim Henson and the short film “Sophie and the Baron.” Critically acclaimed “Mija” will premiere on Disney+ on Sept. 16, 2022. “Mickey: The Story of a Mouse” will stream on Disney+ later this fall.