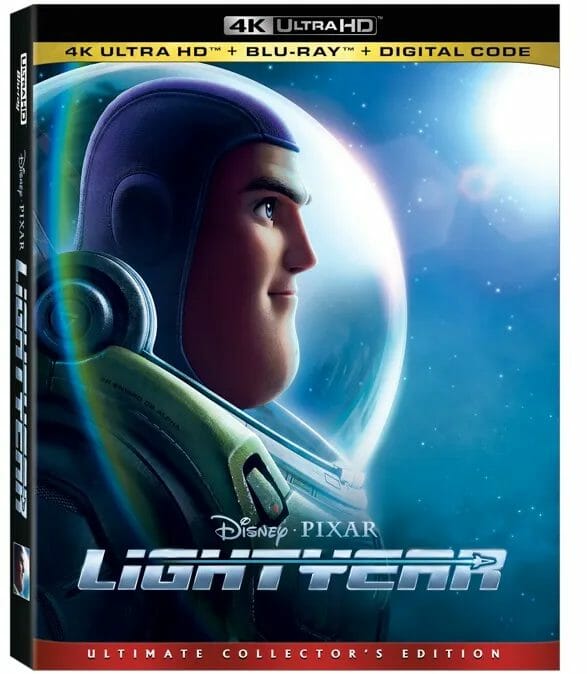 Disney/Pixar’s “Lightyear” is now available on DVD, Blu-ray and 4K UHD.  The movie is also available to stream on Disney+.

Check out the home release announcement below:

The physical release includes a number of bonus features including audio commentary featuring director Angus MacLane, writer Jason Headley and director of photography Jeremy Lasky. The home releases will also contain a total of six deleted scenes with an introduction by MacLane an exclusive look behind the making of the movie, with a series of featurettes detailing the process of creating “Lightyear.”

“Lightyear” follows Buzz Lightyear who finds himself marooned on a deadly planet after his space expedition goes terribly awry. Desperate to return home, Buzz must team up with a ragtag group of soldiers to defeat the evil Emperor Zurg and his massive robot army in an intergalactic adventure of a lifetime.

The film features the voices of Chris Evans as accomplished Space Ranger Buzz Lightyear, Uzo Aduba as his commander and best friend Alisha Hawthorne and Peter Sohn as Sox. Keke Palmer, Taika Waititi and Dale Soules lend their voices to the Junior Zap Patrol’s Izzy Hawthorne, Mo Morrison and Darby Steel, respectively, and James Brolin can be heard as the enigmatic Zurg.