Prop Culture is a new show that will take viewers inside the artifacts of movie-making.  The series is set to debut on Disney+ on May 1st with all 8 episodes available to stream on that day.

According to Entertainment Weekly, Prop Culture gives fans and host/collector Dan Lanigan the chance to go inside the archives and uncover some of its greatest treasures. The show revisits classic Disney titles and gives viewers a new insight of how props helped to create some of their most magical moments in Disney films. 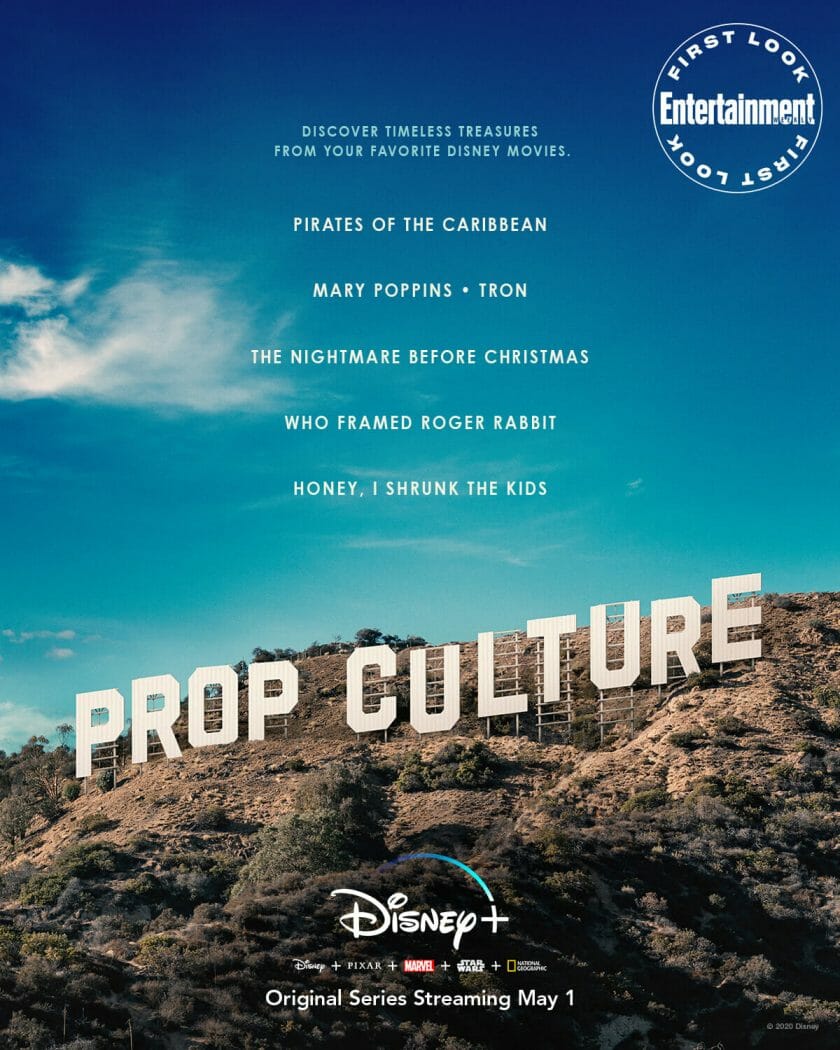 In each episode, Lanigan goes on the hunt to find costumes, set designs, music, and props from films like Pirates of the Caribbean: The Curse of the Black Pearl, Mary Poppins, Tron, The Nightmare Before Christmas, The Muppet Movie, Who Framed Roger Rabbit, The Chronicles of Narnia: The Lion the Witch and the Wardrobe, and Honey, I Shrunk The Kids.

The series will visit select locations used in the filming, such as islands from Pirates of the Caribbean and the classic Disneyland attraction. Some episodes will also feature guest stars reuniting them with items from classic Disney films.

Entertainment Weekly has an in-depth article featuring an interview with Dan Lanigan which you can find here.