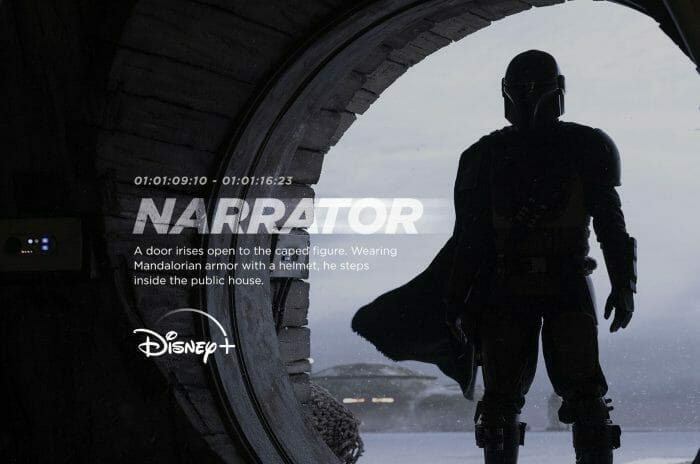 Disney+ has received the 2020 Achievement Award in Audio Description from the American Council of the Blind (ACB).  This organization that is based out of the United States strives to increase the independence, security, equality of opportunity and quality of life for all blind and visually impaired people.  The streaming service was honored for its commitment to adding audio description tracks to its entire slate of original programming, including series such as The Mandalorian and the features Lady and the Tramp and, most recently, Hamilton, as well as to a significant portion of its extensive back catalog dating back to the late 1920s, including classic titles such as Snow White and the Seven Dwarfs and Cinderella. Disney+ is the only streaming service to have such a large number of titles available with audio description from inception of the service.

Audio descriptions recreate a film’s visual experiences by offering immersive and intricate descriptions of what’s happening on screen in an audio format, in tandem with the dialogue and audio from the movie. This level of detail and immersion enables blind and visually impaired individuals to engage with their favorite stories in a way that would not be possible with a standard viewing experience. In honoring Disney+, ACB recognized the streaming service’s high standards for audio description scripts and the outstanding quality of the voicing and audio mix, as well as the team’s considerable outreach to the blindness community for insights and feedback that informed their process.

“It’s no secret that the magic of Disney stems from the unparalleled stories we tell and worlds we imagine. However, we also recognize that our guests, fans and customers may not all consume these stories in the same way—be it due to background, race, age or disability. For the blind and visually impaired community in particular, watching a movie is different if you aren’t able to capture the context of what’s visually happening on screen,” says Mitch Ginsburg, Product Manager for Disney+.

While Disney+ launched less than a year ago, The Walt Disney Company has been committed to high-quality audio descriptions for decades, explains Mirka Pavlikova, Manager, Technical Production, The Walt Disney Studios, who worked closely with Ginsburg and Ginger Simpson, Content Operations Manager, of Disney Streaming Services through the process and accepted the award on the streaming service’s behalf. “There’s a lot of research and evaluations that take place prior to creating or using existing audio descriptions for any catalog content. It’s more scientific than people realize and takes careful observation of audience reactions, feedback from prior projects and evaluation of current projects,” she says. There is tremendous effort and care from the team throughout the process, Pavlikova says, stressing, “We take a lot of pride in collaboration with various brands to have the best descriptions possible.”

“For Disney+, we’ve put a major emphasis on accessibility and inclusiveness at every step of the way—from the design of each screen to the technical architecture of how the app is built, and of course, the content itself,” Ginsburg says. “While receiving this award is certainly a proud achievement for The Walt Disney Company and for Disney+, creating an accessible and inclusive experience is more than just a one-time project. It is a principle which we aim to follow in all that we do for Disney+.”