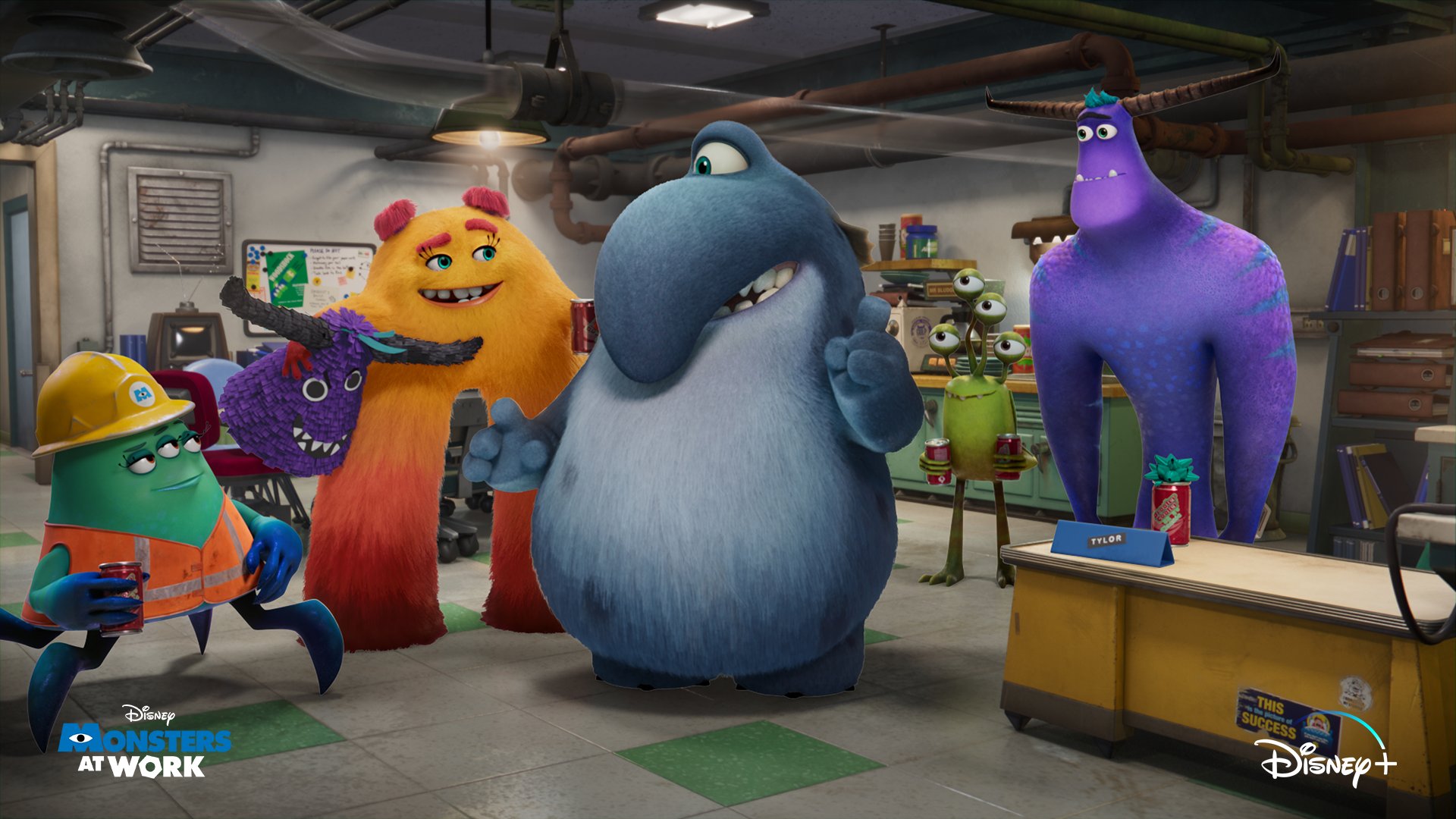 Disney+ surprised fans today by sharing the first footage of upcoming Disney+ series ‘Monsters at Work’. You can watch the short clip below via the Disney+ Twitter account.

Laughter is what they’re after in this sneak peek from #MonstersAtWork, an Original Series, streaming July 2 on #DisneyPlus. pic.twitter.com/JKxp48UUtq

“Monsters At Work” takes place the day after the Monsters, Incorporated power plant started harvesting the laughter of children to fuel the city of Monstropolis, thanks to Mike and Sulley’s discovery that laughter generates ten times more energy than screams. It follows the story of Tylor Tuskmon (Ben Feldman), an eager young monster who graduated top of his class at Monsters University and always dreamed of becoming a Scarer, until he lands a job at Monsters, Incorporated and discovers that scaring is out and laughter is in.”