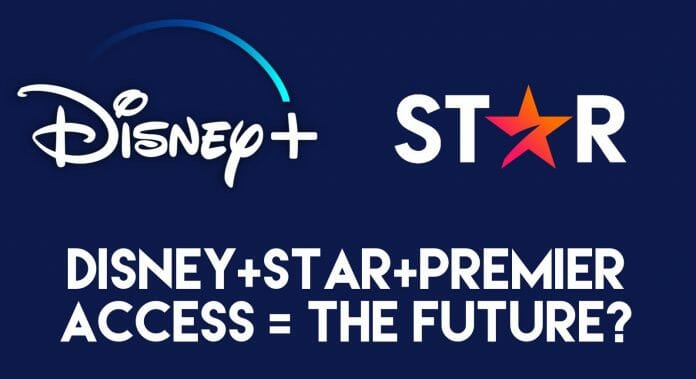 Disney+ just launched their new general entertainment platform, STAR.  The purpose of this platform is to help the service be more well-rounded and less niche; rather than a smattering of new originals and old episodes of children’s shows, the objective is to boost the content offering to suit everybody.  This platform, of course, is a contemporary to the US’s Hulu, which will not launch internationally.  I’ve written multiple articles on why that is the case but, to sum it up, Disney doesn’t completely own Hulu and would have to share the revenue 2:1 with the other investor if they launched it globally.

In any event, the way in which users outside of the US can access the STAR catalogue is by simply clicking the STAR tile on the home-screen for Disney+.  Because Disney is looking at STAR as a more of a “catch-all” brand, and now that they have this option in the first place, I can’t help but wonder what else they could do with it; this led me to asking the question: could STAR hold Premier Access titles?

In order to answer that, we first need to look at what Premier Access is.  As you may know, it’s Disney’s way of recuperating some revenue for its big budget releases in light of the COVID-19 pandemic.  It’s incredibly clear that Disney never intended for this to be a thing; their marketing when they first launched was, “No additional costs.  No commitments.”, something they very slyly removed from their sign-up page right around the timeMulan was set to debut on the service.

Publicly, Disney maintained that it was just a one-off.  But, as the lockdowns increased, so did Disney’s need to shift gears.  When they made the announcement at the 2020 Investor Day conference that Raya and the Last Dragon would be a hybrid release through theatres and Premier Access, it was much better received than Mulan for a lot of different reasons, not least of all for its day-and-date push to the service.  Whilst Disney’s justification for Premier Access was somewhat confusing with Mulan, it became a lot clearer with Raya: this was a method reserved for Disney’s highest-budget movies.

Saying that, then, the question is: will Disney release any Premier Access movies under the “STAR” brand?  Thus far, we’ve seen them do it for their “Disney” brand twice, and it’s looking very likely they’ll do a hybrid release for Black Widow at least, so that’ll cover the “Marvel” brand.  “Pixar”, that’s a funny one, because we obviously got a huge Pixar movie in the form of Soul given to us with our subscription, but I don’t imagine any of their summer releases are going to have the pull that an exclusively box-office movie would’ve given pre-COVID.  I don’t imagine them releasing a documentary so hard-hitting that it deserves the £19.99 up-sell.  And there aren’t any Star Wars features in the works to release this year anyway.

To answer all of that, I need to circle back to what the function of Premier Access is, and its longevity.  With Mulan, it was clear that it was a knee-jerk action to get some extra cash-flow into the company in the midst of the pandemic.  With Raya, however, the fact that it will be releasing on Premier Access and in theatres indicates that this is something the company has thought a little harder on.  Forcing customers to pay £19.99 for it vs. tooling customers with the choice of a theatre or their home, the two are worlds apart.  Disney has said time and time again that their commitment is streaming, so hybrid releases could very well become the norm for Disney movies moving forward.  We’ve started seeing it with some of Disney’s other brands like Searchlight, which released Nomadland on Hulu and in theatres in the US last week Friday (19 February 2021).  We may even see it with the upcoming film Cruella, set to debut on 28 May 2021.

There are two possible ways I see this playing out:

However, the tricky thing: what if consumers get used to it?  What if releasing some of the biggest titles (in scope, in scale, in budget) on Premier Access to help offset the losses winds up also getting the everyday consumer used to paying £19.99 for a film to see it when it’s meant to come out?

That’s why I think…

Disney has been very clear: the future is streaming.  Whether individual directors, producers or studio presidents disagree, streaming is the way that Disney wants its customers to watch films in the long-term.  It makes sense; a lot of people have 4K television sets, good home-theatre setups in general; so, the value proposition for a theatre really is only for the 2 Es: enthusiasts and events.  It is very unlikely that we’re going to see Endgame numbers in 2021, and maybe not even 2022.  By the end of 2022, Disney+ will be in virtually every country in the world except for one: China.  Which just so happens to be where most of the box-office gains come from anyway.

I could go on, but part of the fun is seeing how any of Disney’s more adult-focused studios could go about releasing their productions by yourself.  These are just my own predictions and I do not have any inside knowledge on what the company’s plans are.

What do you think?  Would you pay £19.99 to watch some of these?  Or do you think Disney should really only reserve the Premier Access label for films that are huge event ones?  Let me know in the comments or by reaching out to me on Twitter.  If you like these types of articles, head over to my site where we’ve got plenty more!

A huge thanks to Disney Plus Informer for letting me join on today – I’ll be back with a very special review in the next few weeks.

Thanks for reading and happy streaming!