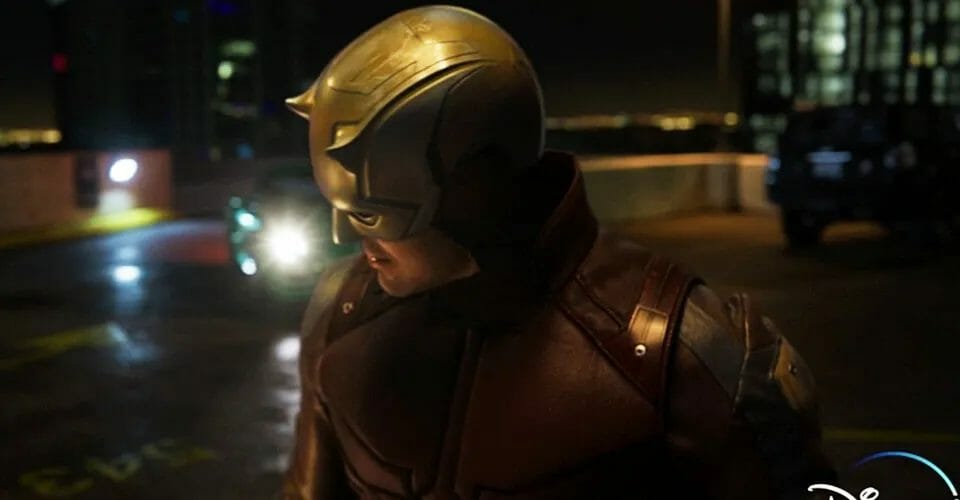 Disney released some new stills over the weekend for Marvel’s “She-Hulk: Attorney at Law” which premiers on Disney+ on Thursday, August 18, 2022.

It has already been confirmed that Charlie Cox will return as Daredevil in the series and Disney has released a better look at Daredevil’s yellow helmet and redesigned suit.  You can see that image below: 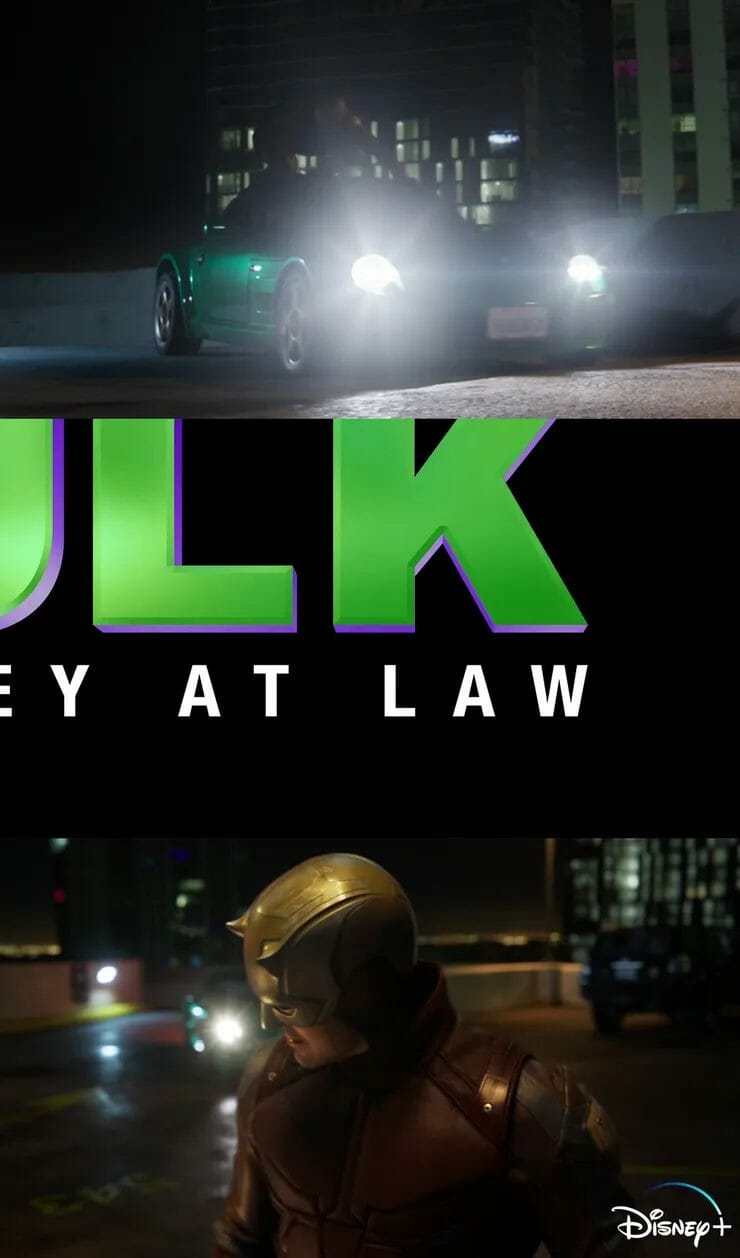 Cox originally played Daredevil in the Marvel series on Netflix from 2015 to 2018.  He also appeared in the spinoff series, The Defenders. Most recently his character had a cameo appearance in Marvel’s Spider-Man: No Way Home.  Daredevil will also be appearing in Marvel’s upcoming Disney+ series “Echo” and returning in “Daredevil: Born Again” an Original series starring Charlie Cox and Vincent D’Onofrio, set to release on Disney+ in Spring 2024.

All three seasons of Daredevil are available to stream now on Disney+.