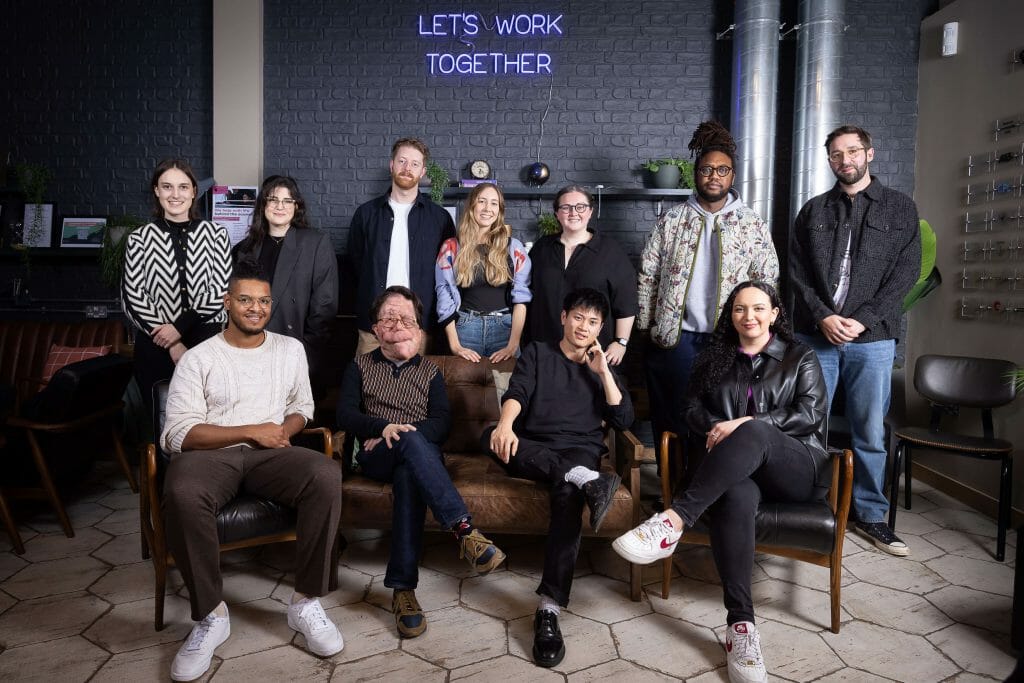 Disney and the National Film And Television School have teamed up on a new short film incubator program titled Disney Imagine UK.  The mission will be to build a “more inclusive film and television industry.”  Six up-and-coming writer/director teams will create a short project with a £25,000 ($30,000) production budget.

The NFTS received almost 400 applications for the program which was narrowed down to the final six writer/director teams which include: Adam Pearson and Tom Levinge, Alvin Yu and Charley Packham, Tom Dunn and Kevin Morosky, Milly Garnier and Charlotte Paradise, Laura Jayne Tunbridge and Danielle Goff, and Marcus Anthony Thomas and Jordi Morera.

Each team will be tasked with developing a short based on a uniquely personal story centered on the theme of “Evolve.”

The final collection of six shorts will be considered for premieres across Disney platforms, submitted to international film festivals, and featured in a showcase event slated for October 2023. All films have also been assessed against the BFI’s Diversity Standards.

Pre-production of the six shorts will begin in April 2023, with principal photography starting in May 2023. Throughout the production process, the selected teams will receive “creative support” from Disney executives and all equipment and facilities will be provided by the NFTS.

Jon Wardle, Director of the National Film and Television School, said: “We are so excited to bring the diverse perspectives of these talented teams to the wider world. Their thought-provoking stories all have something original to say, and we are proud to be able to share their work on a larger scale via the once in a lifetime platform provided by Disney Imagine UK.”

Lee Jury, Senior Vice President, Studios Marketing at Disney EMEA, added: “Telling stories is at the heart of what we do at Disney and it’s fantastic to be able to support these incredible UK filmmakers and to help them bring to life such a variety of dynamic films. We’re very proud of the Disney Imagine UK programme, which builds on our efforts in supporting and growing under-represented talent in our industry. We can’t wait to see the final films.”