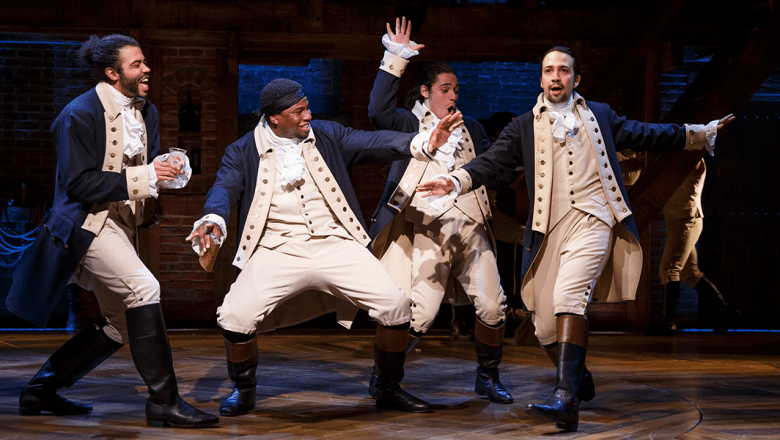 Fans of Lin-Manuel Miranda’s Hamilton will be happy to hear that Disney will release a filmed live version of the Broadway musical in theaters in 2021.  Miranda dropped the news in a tweet last week to make the announcement.

Disney presents:
Hamilton.
With The Original Broadway Cast.
Filmed onstage at The Richard Rodgers Theatre.
In A Theater Near You.
October 15, 2021.#Hamilfilm pic.twitter.com/z4ohfWXzi3

The featured performance was filmed at the Richard Rogers Theatre in New York in June 2016 which at the time, was the only place you could watch the hit musical.  Since then, Hamilton has opened in Chicago, London, and also completed three U.S. tours.

According to Deadline, Disney reportedly paid $75 million for worldwide rights for the 2 hour, 40 minute movie.  The article goes on to say when Hamilton finishes its traditional theatrical run, it will then become a major title on the Disney+ streaming service.

“Lin-Manuel Miranda created an unforgettable theater experience and a true cultural phenomenon, and it was for good reason that Hamilton was hailed as an astonishing work of art. All who saw it with the original cast will never forget that singular experience,” said Robert A. Iger, Chairman and Chief Executive Officer, The Walt Disney Company. “And we’re thrilled to have the opportunity to share this same Broadway experience with millions of people around the world.”

Mark your calendars!  Hamilton is scheduled to hit theaters on October 15, 2021.