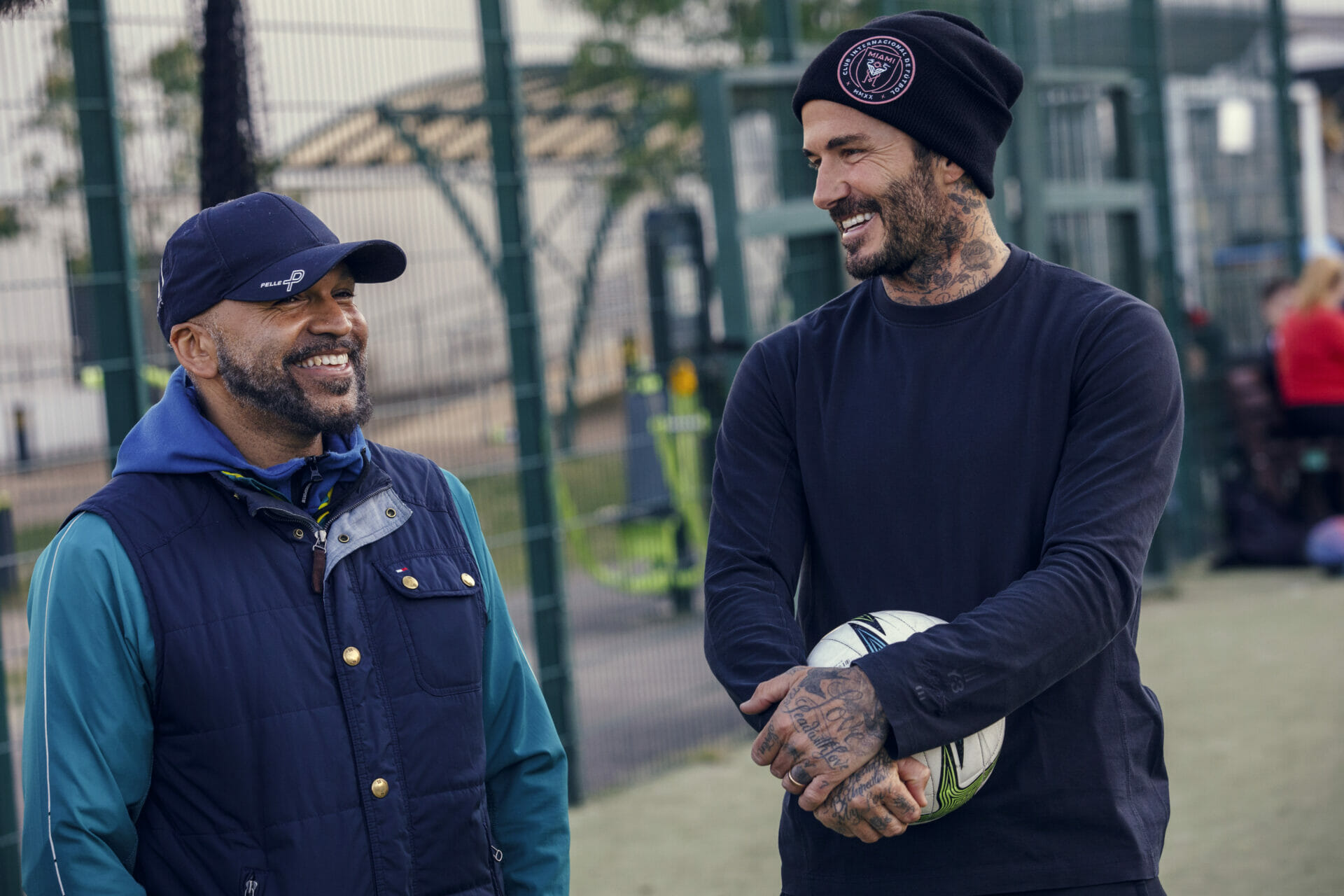 Disney+ today debuted the official trailer for the UK Original series, “Save Our Squad with David Beckham”, which premieres exclusively on Disney+ on Wednesday, 9 November. The announcement was accompanied by four new images from the series.

In the exclusive trailer, we see the first time the squad meet David Beckham, with one member of the team quizzing him on missed penalties. For David, this role is about giving back as we see him mentor the boys, give them inspiring team talks and even get his boots back on to try to score a trademark Beckham free kick against our young team.

Also, check out images from the show below:

“Save Our Squad with David Beckham” builds on the company’s commitment to source, develop and produce original productions.  Across EMEA alone, Disney’s International Content and Operations team plan to create 60 local productions by 2024 as it continues to work with outstanding creators and premium producers.