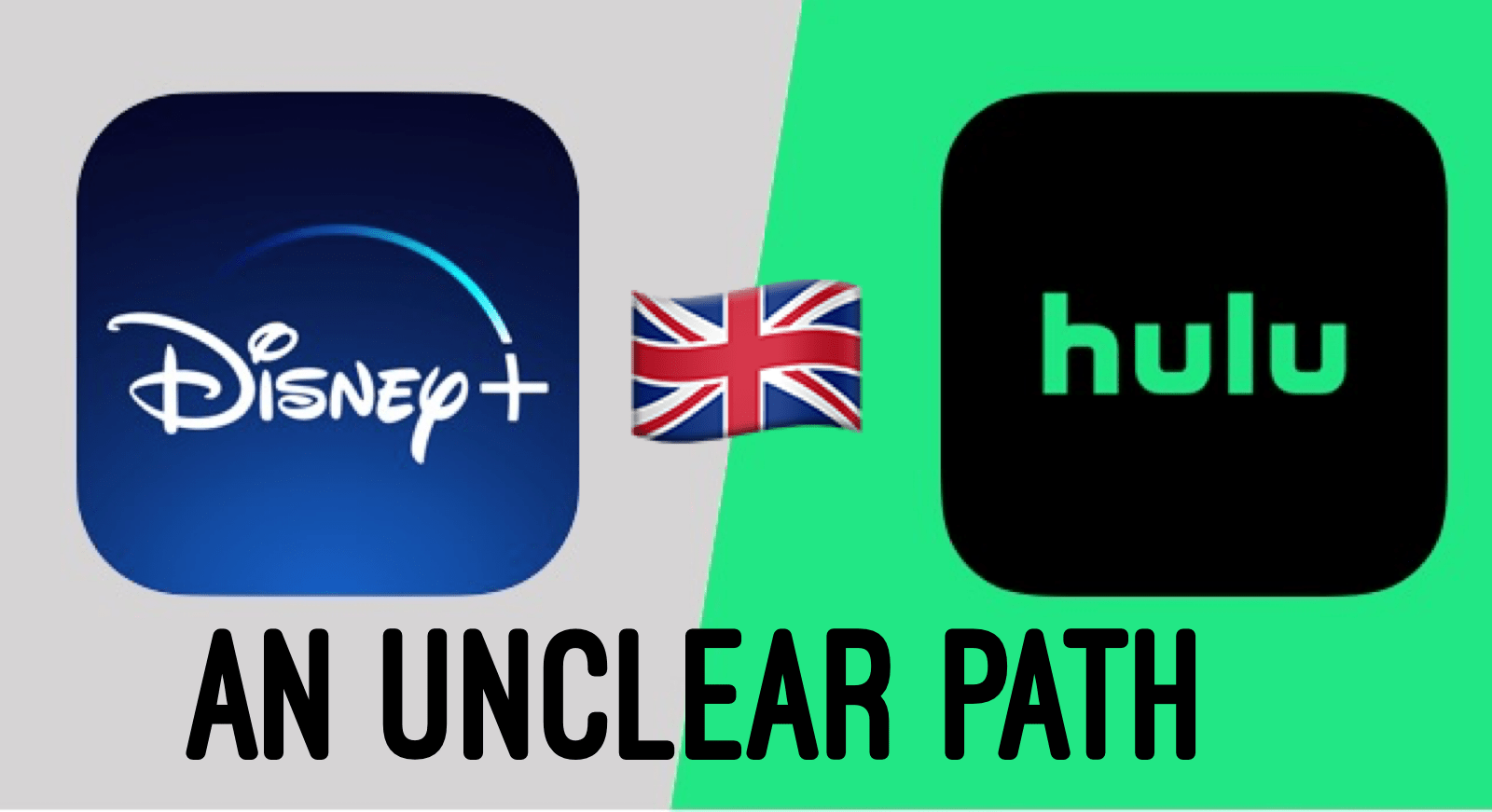 For many of us in the UK, seeing content made for Disney+ get pushed to The Mouse’s more “adult-orientated” streaming service instantly places doubts as to when, and even if, that content will be legally viewable for us.  Hulu is definitely launching in the UK, but there remains a question as to its form.  In this, I will explain the history of the service, its ever-changing ownership, and the various ways it can structure its service.  I don’t have any inside knowledge of Disney so everything here is just a series of educated guesses.

Hulu began in 2008 as a means of bringing content from a range of different networks to an American audience.  It started with an initial investment from, amongst others, network giant NBCUniversal (more on them later).  Soon, other networks jumped on board.  To complement NBCUniversal’s 30%, Fox bought a 30% stake, Disney bought a 30% stake, and TimeWarner (now owned by AT&T) bought 9.5%.  This meant that content from across all of those networks and studios could theoretically be on Hulu.  Then, in 2017, Disney decided it was going to acquire the bulk of Fox’s assets, which included its 30% stake in Hulu, giving Disney a 60% ownership of the company; effectively, this gave Disney control of Hulu.

While this was happening, NBCUniversal was acquired by telecoms giant Comcast.  Comcast wanted to buy Fox as well, but Disney put up more money.  Disney’s purchase of Fox, however, wasn’t smooth sailing.  Fox was a 39.5% stakeholder in Sky, and Disney’s acquisition of Fox, and subsequently 39.5% of Sky, wasn’t sitting well with competition authorities.  To simplify a very complicated story, Comcast completely abandoned any hopes of upping their bid for Fox in exchange for one key asset: Sky.  Authorities allowed the purchase of Sky by Comcast for an astounding $39B; Comcast would later buy up all shares of Sky from the open market and delist the company.

Let’s take a break from the bidding and acquisitions and look at what this means for Hulu:

We have Hulu, formerly owned in almost equal parts by Disney, Fox and NBCUniversal, now sitting with 3 relevant owners: Disney, Comcast and TimeWarner (AT&T).  In April 2019, AT&T sold their 9.5% share in Hulu to the company; this was most likely because of their upcoming streaming service HBO Max.  The terms of that sale are not public knowledge, but Variety places it at Disney now having 67.25% control of Hulu, and Comcast having 33.25% control.  Soon after, in May 2019, Comcast decided it would relinquish what little control it did have over the service and be a silent partner.  Disney now effectively owns Hulu outright, but Comcast’s networks’ shows are still on the service.

Hulu is structured a little differently from your ordinary streaming service.  There are 4 tiers:

Hulu sans live TV works just like every other streaming service, except on each of these tiers there are also optional add-ons for packages from other networks.  If you’re subscribed to NowTV, Amazon Prime, or AppleTV+, it’s a similar situation with bolt-on channels.  The live TV option gives users a way of accessing a wide range of channels by the major networks, and recording them to a cloud DVR, all without signing up to what the Americans call a “cable provider”.  Herein lies the issue for Hulu in the UK.

As you may know, Sky pretty much runs the show in terms of giving customers a wide range of channels.  The biggest criticisms of Sky were its high price and necessity for a satellite.  To combat this, Sky introduced NowTV, which gave customers live access to Sky operated and licensed channels, as well as giving them on demand options for shows and movies it had the rights to stream.  This operates in a very similar way to Hulu, so I anticipate that the biggest hurdle for Hulu launching in the UK to overcome will be Sky.

How Could Hulu Launch in the UK?

To understand how Hulu could launch in the UK, we first need to ask: why?  Market penetration is the obvious answer, but let’s dig a bit deeper.  Disney+ has shown to be an extremely successful means of getting classic Disney content, as well as some pretty great originals.  It ticks all the boxes as far as a wholesome, family-orientated content provider goes.  But, that’s as far as it goes.  Soon, the nostalgia wave for the over 18s will peter out and subscribers will tire of seeing old episodes of shows they grew up watching.  Disney, in the UK, doesn’t currently offer a service that enables its customer base to watch more mature content.  They own the entire Fox library, meaning Family Guy, Deadpool, American Horror Story, and Logan, to name a few.  There isn’t a service in the UK where viewers can watch all of those in the same place, at least not yet.

Here are the potential forms of Hulu we in the UK can expect:

The reason I say this is the least likely is because Sky have what amounts to perpetual contracts with networks to be a sole provider, so these channels are on Sky exclusively.  BBC, ITV, Channel 4 and Channel 5, are pretty much exempt, but channels like Discovery, Sky Atlantic and over 200 more are exclusive to Sky.  Sky is also planning on launching its Sky Q over Broadband (SQoB) service in the near future, which effectively is Hulu + Live TV.  That said, the reason I say it’s least likely rather than just nixed is because of ownership.  Though Sky would be directly competing with Hulu if the latter offered a replication of their US service, let’s not forget that Comcast owns Sky.  Comcast also owns at least 33% of Hulu, meaning that if customers are faced with a choice between Hulu and Sky, Comcast still profits.  However, Comcast has indicated that it will sell its remaining shares in Hulu by 2024, at which point the service will be completely owned by Disney, so it may not be in Comcast’s best interests to allow Hulu to replicate its US offering in the UK.

This one, I feel, has a greater chance of happening than the scenario above.  In essence, the live TV option is axed from the service’s UK offering in favour of a combined service of Disney+ and Hulu.  I’ve always felt like Disney+ was never meant to be a sole service and Disney agrees with me.  In April 2020, they launched Disney+Hotstar in India, bringing their Disney+ offering under the roof of the largest streaming service by active users in the world.  This enables Disney+Hotstar to still have the library of Disney+ content fans would expect, alongside all of the licensed shows and movies that Hotstar can stream. Disney+Hulu would work in very much the same way, i.e. having Hulu’s original programming, plus its licensed content, to make a true Netflix competitor.  It wouldn’t have a live TV option with the breadth that Hulu + Live TV offers in the US, but it could operate live versions of Disney owned channels, meaning Disney Channel, Fox, FX, and National Geographic.  Hypothetically, it could do next-day airings of shows from the US because they own them.

The reason I say this is 50/50 is because of rights.  Sky has built up a reputation of being the one to bring content from across the pond to the UK and, though that definitely isn’t the case when you bear in mind Netflix “Originals” (which aren’t really originals as much as they are exclusive distribution deals), and Amazon Exclusives, the perception in the mass market is that Sky is the best at bringing content from the US to the UK.  On the other hand, Sky has been shown to play nice with Disney, such as letting the company put The Simpsons on Disney+ in the UK, and allowing Disney to debut its own content at the same time it lands on Sky Cinema.  These non-exclusive licenses may be more important than we think and could suggest a blueprint for both companies’ plans moving forward.

The most likely scenario, in my view, is Disney launching Hulu as a separate service from Disney+.  No live TV, just a place for Disney to drop all of its more adult content.  Shows like Family Guy, American Dad and The Orville, plus originals like Solar Opposites.  Movies like Logan, Deadpool and Jojo Rabbit, plus documentaries like Fyre Fraud.  The service wouldn’t have much to offer in its infancy, but one thing is almost certain: Comcast owned shows like Brooklyn Nine-Nine wouldn’t be on this because the company will probably pull all of its content away from Hulu as it sells its shares.

This service would be priced at £5.99/month, and most likely a bundle with Disney+ could set you back £9.99/month, meaning it’s even more competitive with Netflix whilst offering comparable content.

Disney and Sky would work out even more non-exclusive licences to make content available on both Sky and Hulu, expediting the transmission of shows that may take weeks or months to arrive on Sky arrive even quicker because Disney (Hulu) has to share first dibs with Sky.  Disney has reiterated time and time again that Disney+ is a family oriented streaming service, so a combined service of Disney+Hulu; where all of Disney’s content is in one location; would seem to muddy the waters a bit.  Also, from a marketing perspective, it could make customers who opt out of the Hulu part of Disney+Hulu feel like they’re not getting the full offering.  Additionally, having Deadpool under the Marvel button could spell disaster for young children who just want to watch the MCU movies.

I think the end goal is extremely clear: Disney will launch Hulu in the UK at some point, most likely towards the end of 2021 or start of 2022.  The roadmap, however, is a little murkier.  It’s unlikely that UK customers will have the breadth of choice that US customers do.  It’s also even less likely that we will get a live TV option because it will run in direct competition with Sky’s SQoB service that they’re gearing up to launch in the UK.  I think, when Hulu does make its way to the UK, we can expect to see it as a separate service that contains a majority Disney-owned content, with some acquisitions here and there to make the service more attractive to hesitant buyers who have yet another service to subscribe to.  Because of this, it’s likely Hulu will be priced at £5.99, to match Disney+.  If, however, there is a bundle, this will cost subscribers £9.99.

Thanks for reading!  Leave a comment below about if, how and when you think Hulu will make its UK debut!