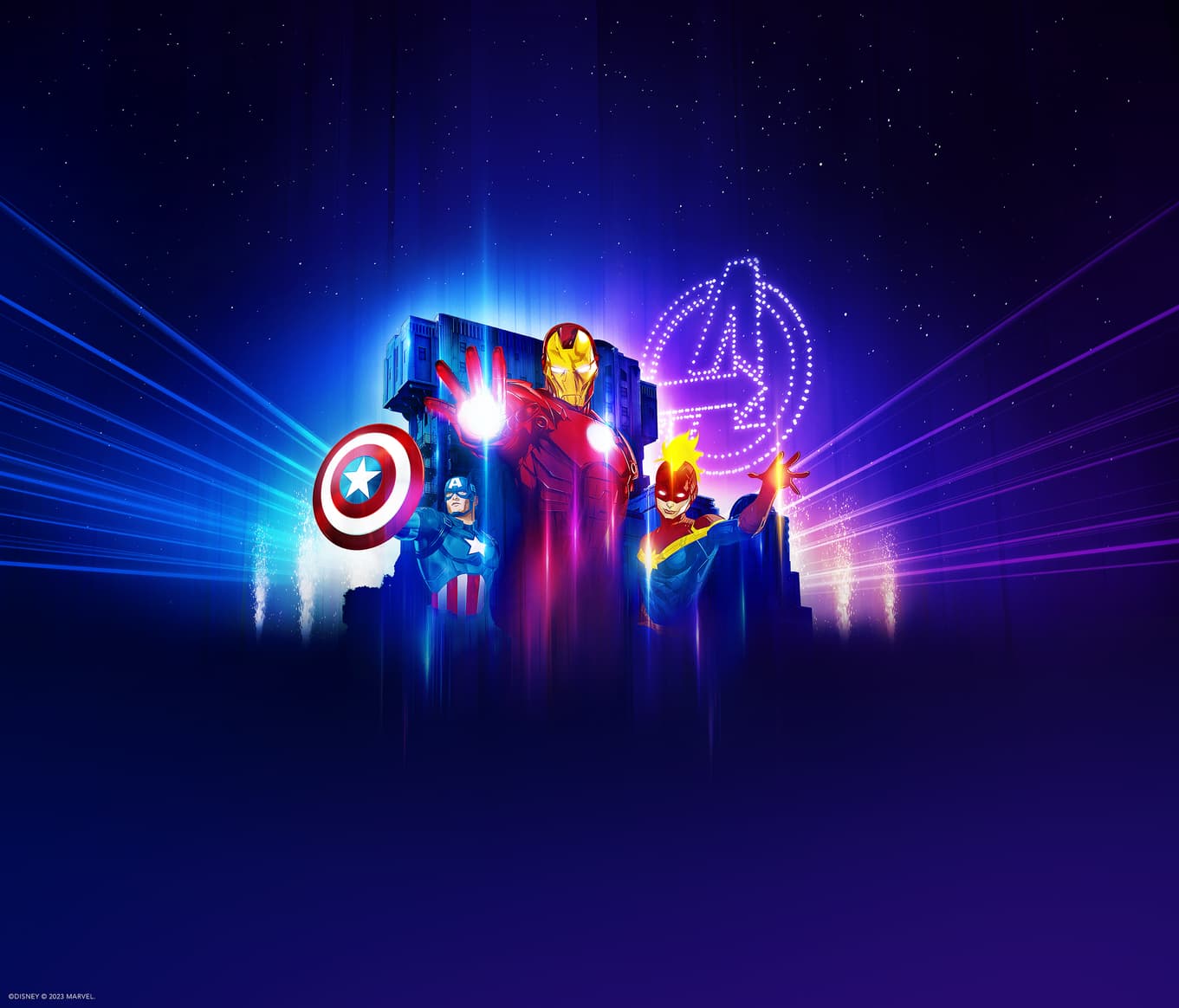 Earlier today, as part of the unveiling of the grand finale of the 30th Anniversary of Disneyland Paris, it was announced that a brand new Marvel themed nighttime show would be coming to the theme park starting this month.

In addition to the recent openings of Marvel Avengers Campus and the Disney Hotel New York® – The Art of Marvel, guests can now experience another breathtaking Marvel experience: Avengers: Power the Night. This brand-new nighttime drone show will light up the sky nightly at Walt Disney Studios Park®, beginning January 28th through May 8th, 2023.

This groundbreaking nighttime drone show is a first around the world, as it will be performed daily and celebrate the Super Heroes of the Marvel universe, combining music, lights, pyrotechnic effects, video projections and up to 500 drones that come together to form a mind-blowing series of icons representing the powers of legendary Super Heroes, including Captain America, Captain Marvel, Scarlet Witch and for the first time at Disneyland Paris, Shang-Chi!

It took the assembling of the amazing Cast Members of Disneyland Paris, ranging from show directors to special effect designers to lighting and motion designers to come together and create this exclusive show, that also features a stunning soundtrack comprised of your favorite and now classic Marvel scores that have been specially  re-orchestrated with a symphony orchestra composed of more than 70 musicians at the famous Abbey Road Studios in London.

Go behind the scenes of this amazing show with this video below published by Disneyland Paris earlier today: