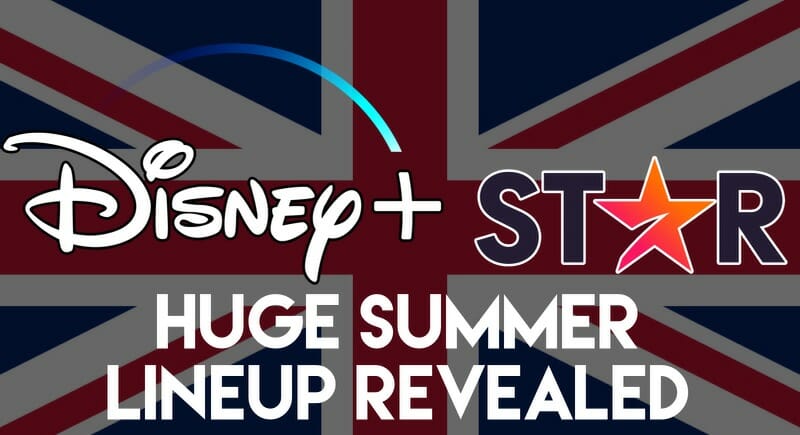 Disney+ has announced a new wave of content that will be hitting the streaming service this Summer in the United Kingdom.

The unmissable line-up of new and exclusive titles arriving this summer includes “Raya and the Last Dragon”, “Loki”, “Luca” and the award-winning “Soul”, alongside an ever-growing library of iconic TV series and blockbuster movies – all for just £7.99 per month or £79.90 annually.

The summer line-up continues with the animated Disney+ Original series “Monsters at Work” premiering on 2nd July, followed by Marvel Studios’ long-awaited “Black Widow,” launching simultaneously in cinemas and on Disney+ with Premier Access on 9th July. The Disney+ Original series “Race to the Centre of the Earth” from National Geographic will also premiere on the same day. Inspired by the classic novel by H.G Wells, “War of the Worlds” Season 2 starring Daisy Edgar-Jones will be landing exclusively on Star on Disney+ from July, followed by the Disney+ Original series “Turner and Hooch” and brand-new animated shorts “Spider-Man and His Amazing Friends”, both launching 16th July.

Marvel Studios’ “What if…?” will premiere in August, followed by the long-awaited final season of iconic post-apocalyptic thriller “The Walking Dead”, which will stream exclusively on Star on Disney+ from 23rd August. Star Original “That One Word – Feyenoord”, a behind-the-scenes documentary series about Dutch football club Feyenoord will arrive on Star on Disney+ on 27th August.

More titles are likely to be announced over the upcoming months.