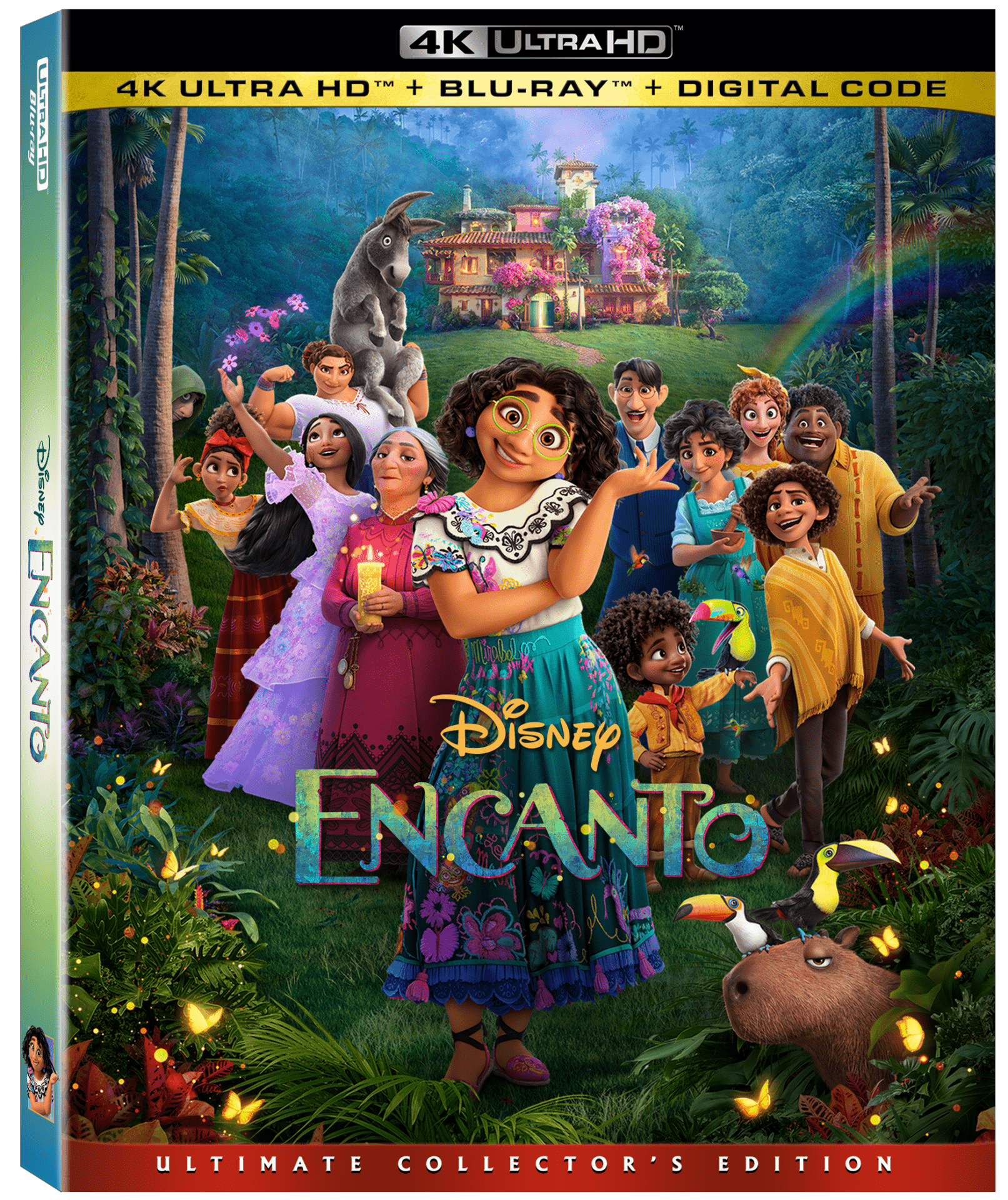 Encanto marks the 60thanimated feature from Walt Disney Animation Studios and will soon be available to audiences to enjoy at home. Fans can enjoy a sing-along movie version, never-before-seen bonus features and deleted scenes when Encanto arrives on all major digital platforms this holiday season on December 24 and on 4K Ultra HD, Blu-ray and DVD February 8.

Encanto will also be available on Disney+ starting December 24.

Walt Disney Animation Studios’ Encanto, with all-new songs by award-winner Lin-Manuel Miranda, tells the tale of the Madrigals, an extraordinary family living in a magical house in the mountains of Colombia. But when Mirabel, the only ordinary Madrigal, discovers the magic surrounding their home is in danger, she may be her family’s last hope.

o   Waiting on a Miracle

o   We Don’t Talk About Bruno

You can watch a trailer for Encanto below and read our review of the film here: