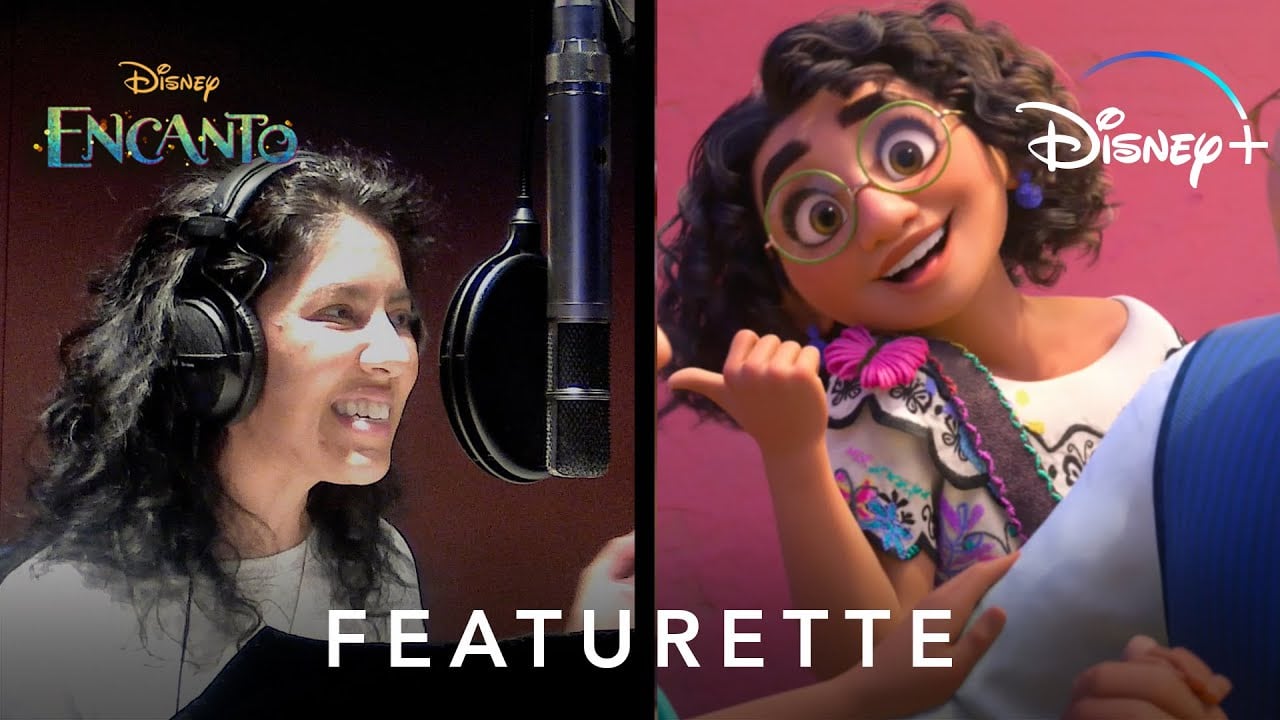 Disney+ kicks off holiday festivities this Friday, December 24, when Walt Disney Animation Studios’ “Encanto” launches on the streamer. In a new featurette, Lin-Manuel Miranda—who wrote eight original songs for the film—teams up with the voice of Mirabel, Stephanie Beatriz, to share insights about several of the film’s songs, including “Dos Oruguitas”—a Critics’ Choice Awards nominee for best original song. Miranda, who visited Colombia with directors Jared Bush and Byron Howard in 2018, infused the songs with the rhythms, instrumentation and varied styles of the South American country’s music. “‘Encanto’ takes place in rural Colombia,” said Miranda, “and the music that comes out of Colombia is so beautiful.”

In the film, Mirabel often reveals her internal struggles and revelations through song. Said Beatriz, “There’s something that clicks inside her where she realizes the wheels are in motion for her to chase down her destiny. I like these heroine songs so much. We go on this major journey with the character and suddenly we know her better from the inside.”

Walt Disney Animation Studios’ “Encanto” tells the tale of an extraordinary family, the Madrigals, who live hidden in the mountains of Colombia, in a magical house, in a vibrant town, in a wondrous, charmed place called an Encanto. The magic of the Encanto has blessed every child in the family with a unique gift from super strength to the power to heal—every child except one, Mirabel (voice of Stephanie Beatriz). But when she discovers that the magic surrounding the Encanto is in danger, Mirabel decides that she, the only ordinary Madrigal, might just be her exceptional family’s last hope. The film is directed by Jared Bush (co-director “Zootopia”) and Byron Howard (“Zootopia,” “Tangled”), co-directed by Charise Castro Smith (writer “The Death of Eva Sofia Valdez”), and produced by Yvett Merino and Clark Spencer; the screenplay is by Castro Smith and Bush. “Encanto” features original songs by Emmy®, GRAMMY® and Tony Award® winner Lin-Manuel Miranda (“Hamilton,” “Moana”); Germaine Franco (“Dora and the Lost City of Gold,” “Little,” “Tag“) composed the original score. “Encanto,” which opened in U.S. theaters on Nov. 24, launches on Disney+ Dec. 24.

Celebrate with Miranda, Beatriz and the rest of the “Encanto” family when the film debuts on Disney+ on Christmas Eve. “Encanto” is now playing in theaters nationwide.