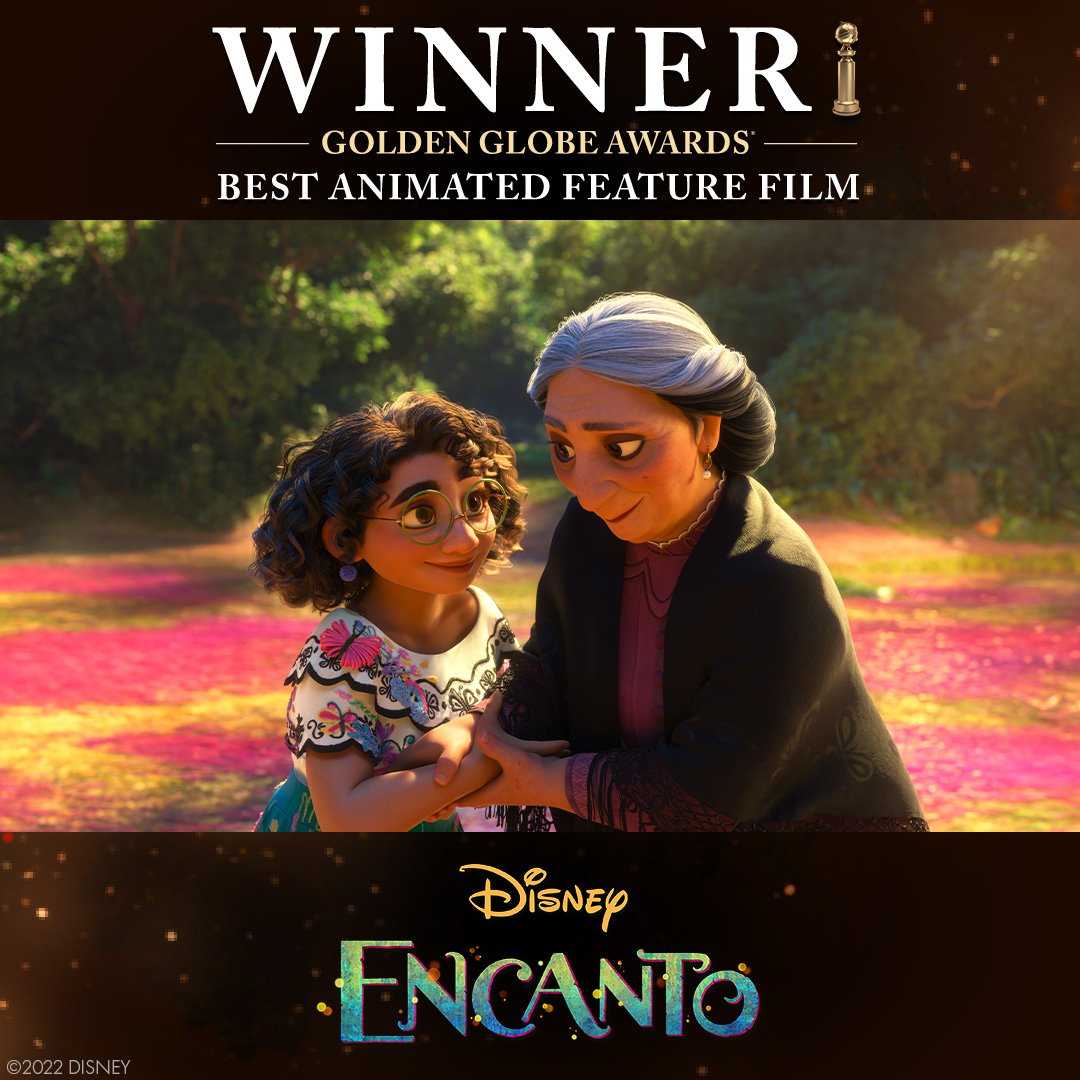 Last night, the Hollywood Foreign Press Association announced the winners of the 2022 Golden Globes via Twitter with very little fanfare or media in attendance.  Disney’s “Encanto” ended up winning the Golden Globe for Best Animated Motion Picture.  The movie was up against other Walt Disney Animation Studios films including Luca and Raya and the Last Dragon.

¡A celebrar! 🎉 A big congratulations to the cast and crew of Disney’s #Encanto for their #GoldenGlobe win for Best Picture – Animated! pic.twitter.com/vToJ6qjWdp