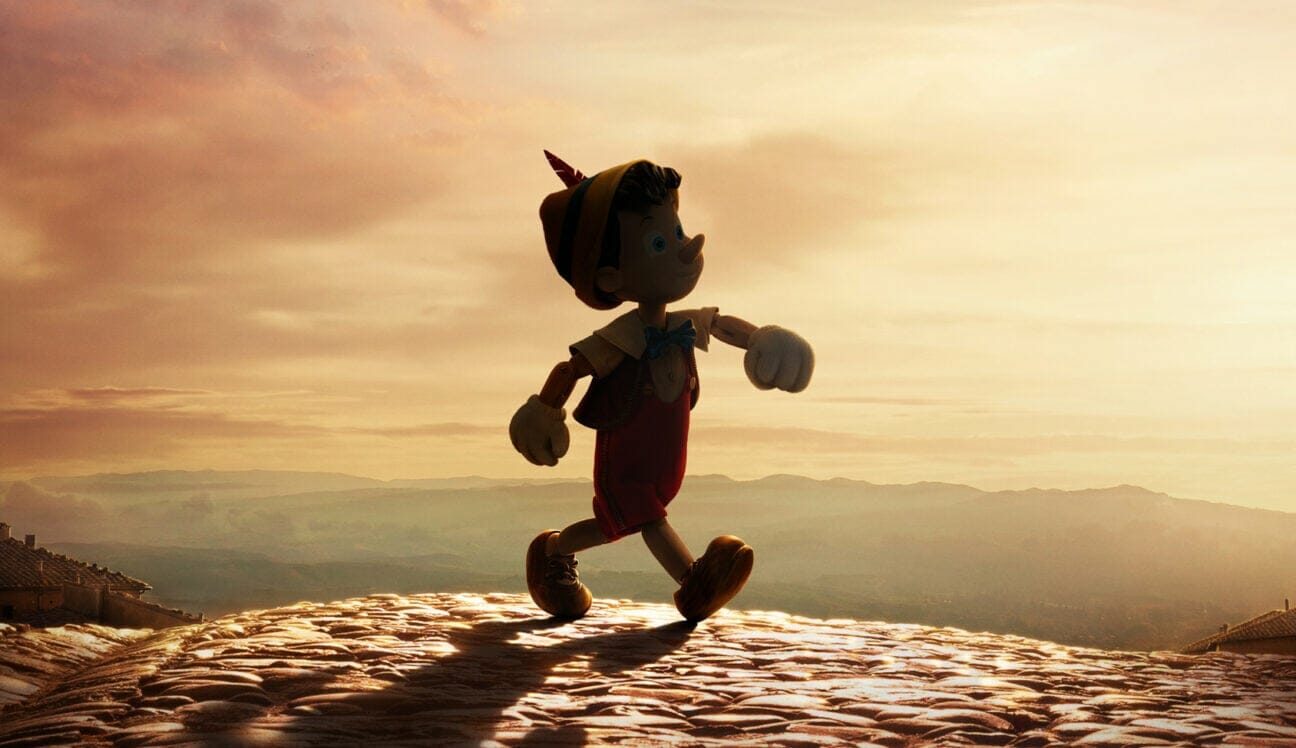 Academy Award® winner Robert Zemeckis directs this live action retelling of the beloved tale of a wooden puppet who embarks on a thrilling adventure to become a real boy. Tom Hanks stars as Geppetto, the wood carver who builds and treats Pinocchio (Benjamin Evan Ainsworth) as if he were his own son. Joseph Gordon-Levitt is Jiminy Cricket, who serves as Pinocchio’s guide as well as his “conscience”; Academy Award® nominee Cynthia Erivo is the Blue Fairy; Keegan-Michael Key is “Honest” John; Academy Award® nominee Lorraine Bracco is Sofia the Seagull, a new character, and Luke Evans is The Coachman. Also in the cast are Kyanne Lamaya as Fabiana and Jaquita Ta’Le as her marionette Sabina, Giuseppe Battiston as Stromboli and Lewin Lloyd as Lampwick.

Also check out the new poster below: 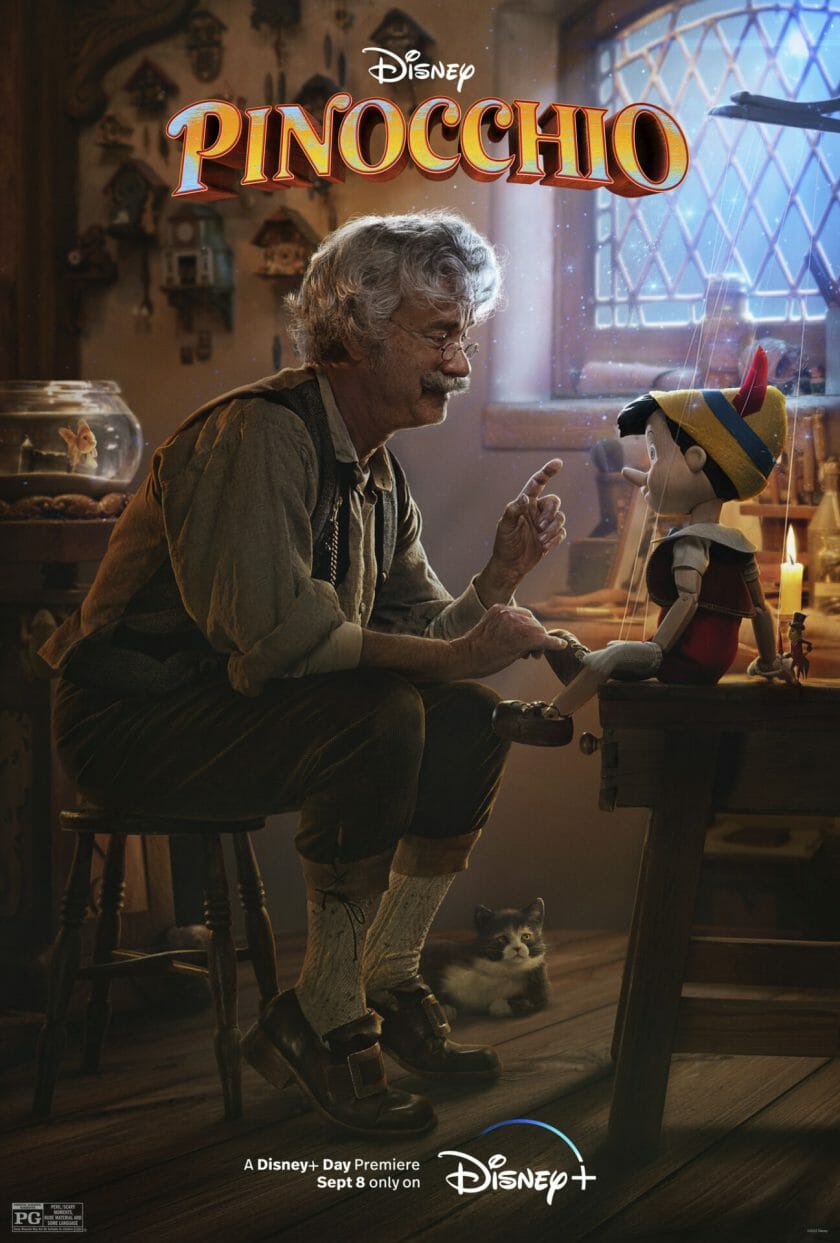 Additionally, you can view some stills from the movie below:

In addition to beloved songs from the original animated classic, including “When You Wish Upon a Star” performed by Cynthia Erivo, the film features new original songs composed by Academy Award® nominees Alan Silvestri and Glen Ballard (“The Polar Express”). The soundtrack from Walt Disney Records will be available on Sept. 8 and is available for Pre-Save/Pre-Add  https://presave.umusic.com/pinocchio-presave