Skip to content
Home » Blog » Disney’s ‘Pirates of the Caribbean: The Curse of the Black Pearl’ Available on 4K Ultra HD January 2 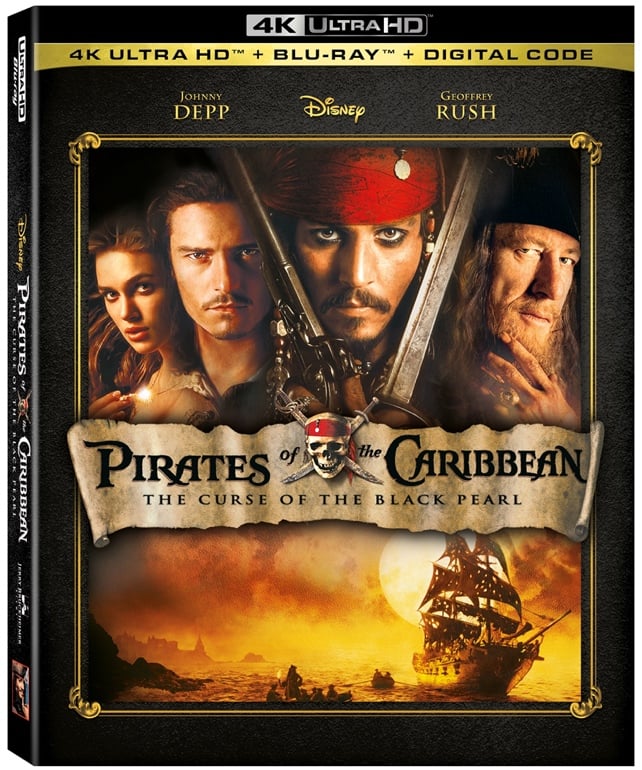 Disney’s Pirates of the Caribbean: The Curse of the Black Pearl arrives on 4K Ultra HD Disc for the first time on January 2, 2022 in spectacular HDR picture quality and Dolby Atmos audio.

The roguish yet charming Captain Jack Sparrow’s (Johnny Depp) idyllic pirate life capsizes after his nemesis, the wily Captain Barbossa (Geoffrey Rush), steals his ship, the Black Pearl, and later attacks the town of Port Royal, kidnapping the governor’s beautiful daughter Elizabeth (Kiera Knightly). In a gallant attempt to rescue her and recapture the Black Pearl, Elizabeth’s childhood friend Will Turner (Orlando Bloom) joins forces with Jack. What Will doesn’t know is that a cursed treasure has doomed Barbossa and his crew to live forever as the undead!