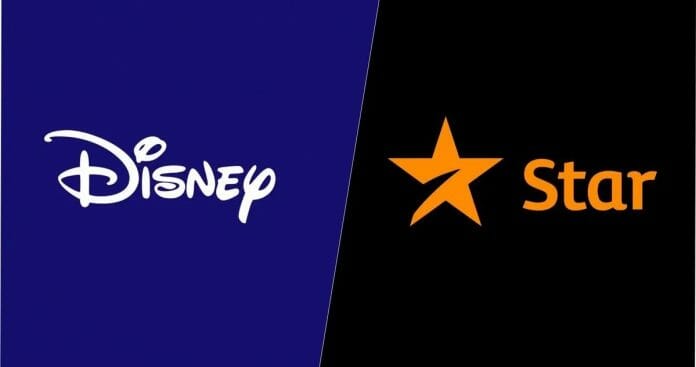 In August, CEO Bob Chapek announced that Disney would be launching a Star branded platform aimed at “general entertainment”.  This, in short, means adult-oriented programming.  In the very first article I wrote for this site back in May, I discussed the different forms that Hulu could take and, towards the end of it, I pretty much nailed it.  I said that Disney would launch a service which carries no licensed content, but content from across its various divisions such as Fox, Searchlight, FX, ABC, etc.

Though I did get the name wrong (Chapek says that Hulu has no recognition outside the US, but Star does – I disagree), the essence is the same.  In this article, I want to discuss the form I think the Star branded platform could take.

Form I: a separate service

I think a separate service would be a huge miss for Disney.  Whilst their numbers with Hulu are great for a service that only operates in the US and Japan, it’s important to note that Hulu never began as a “Disney” service.  Because it was a joint venture between Disney, Fox, TimeWarner and NBC, a lot of existing customers signed up for that diversity of content.  Whilst obviously now the service looks different to how it did 3 years ago, Hulu’s subscriber numbers have increased steadily year-over-year.

Also, because we know that the service won’t come under the Hulu brand, the general market probably won’t realise that a Star service is where you can find the Disney content.

There’s also the matter of perception.  No other streaming service in the UK has a “sister” service that feeds content to it.  It gives off the impression of an incomplete service, and the UK market doesn’t have the capital to make this a viable option for Disney.  That is to say, the cost of building a platform is immense, the cost of running one is a lot higher.  If the market perceives this as an additional service, they won’t buy into it.  Most won’t, anyway.  The small amount that do, however, would not collectively possess the funds necessary to sustain this service.

Not to mention that Chapek said the Star platform would be “fully integrated with Disney+”.

Form II: a “channel” on Disney+

Similar to how we’ve got the channels on Disney+: Disney, Pixar, Marvel, Star Wars and Nat Geo, I imagine this “Star” platform to be a channel.  This is where it gets a bit more complex, so we’ll call the first one Form IIA.

Maybe in its infancy, this channel could be included with your Disney+ subscription.  Or, maybe they’ll launch it and announce a small increase (£1.99) after a few months.  The reason I think they could go this route is because of my favourite thing in the world: contracts.  The fact that Hulu hasn’t launched here means that things which would be on Hulu are now elsewhere.  Originals like The Handmaids Tale and Ramy are shipped to Channel 4 and StarzPlay respectively.  Shows like Futurama and LOST are on Amazon Prime.  This means that the rights to those shows are tied up in contracts for which the expiry date is not known; Disney can’t legally offer these on their own platform until the rights either expire or they’re bought out.  The result of this is that the platform will have very little to offer in terms of popular shows, and that means that it can’t really justify a price increase to your subscription to Disney+ right away.

Incidentally, I also think that’s why Love, Victor hasn’t got an international broadcaster yet, because that’s one of the shows that Disney intends on being a launch title for its platform.

I’m slightly intrigued by this prospect because they would charge an additional £4 for the Star channel, evening out the overall cost for the package at a nice £9.99 a month.  The amount gained from this to Disney could possibly be enough to buy out of the existing contracts, making the overall offering in the UK a lot stronger than in Form IIA.  The reason I see this as unlikely, however, is because of what I’ve already mentioned: the existing shows and movies may be tied up in contracts across a wide range of services.  Also, once those rights have expired, what happens to the FX programming?

In 2018, the BBC signed a distribution deal with FX networks (owned by Fox, which is owned by Disney) to show programming like Dave and Pose.  What happens to those shows?  The BBC is a bit of a funny one.  Though I’m sure there is a rule which states this, I’ve found in practice that shows licensed or distributed by the BBC can often appear on multiple streaming services, like Fleabag and Amazon Prime, or Miranda and Netflix.

Bringing it all together

I don’t think anybody apart from those within Disney knows what’s really going to happen with its Star branded service.  I’ve scoured the transcript of the earnings call and I haven’t gleaned any more information than has already been reported.  All I’ve done is make a series of educated guesses as to what I think will happen.  I also find it interesting that Disney removed the “No extra costs” line from their login page in the UK.

Whilst previously it was clear that they were doing this for Mulan and Premier Access, and admittedly my eyes were locked onto that, the change does give Disney leeway to bolt on an additional service.   That said, given some of the comments regarding an extra cost, I can imagine this offering going down as well as a lead balloon.

As to what I think the offering will be, and when it’ll be announced, here’s what I’ve got.  Strap in, because this is where it gets complex.

As you will note in the transcript, Chapek says:

To this end, as I mentioned, we will be hosting another Investor Day in the coming months, focused on our plans to accelerate the push into the direct-to-consumer marketplace across our Disney+, Hulu, ESPN+ and Star brands.

This announcement was made at the start of August, and Disney has not held an Investor Day for 2020 just yet, which suggests that they’ll hold one soon.  How soon?  If we look at the timeline, they’re set to launch Disney+ in Indonesia on 5 September, followed quickly by the rest of Western Europe and the Nordics on 15 September, and then LatAm on 17 November.  In my view, they’re going to use the Investor Day as a platform to state their new numbers, which leaves two timeframes:

It wouldn’t make much sense for them to announce it before launching in one of the largest markets, Brazil, because the total increase in subscribers from August to October could be minimal.  Plus, the demand for Disney+ in LatAm is high, so it’s almost a guaranteed significant boost for the service.  Therefore, I believe that they’ll host the Investor Day after 17 November 2020 but obviously before the Holiday season.

Once they make the announcement of the Star platform, things will probably move relatively quickly.  I also think the details of this will be clarified, and I think they will use the existing Disney+ infrastructure, meaning the app, to deliver the content.  They’ve seemingly abandoned their “no extra costs” or “no up-charges” advertising, the effects of which I’ll leave you to debate in the comments.

Earlier this month, a “leaker” with a very hit-and-miss track record said that they heard rumours of an adult section coming to Disney+, hidden behind a PIN so kids don’t accidentally stumble onto content that they shouldn’t.  Now, I’m trying to base my analysis on my own interpretations, so I would take this with a mountain of salt, but this is how it could exist in my view.

They seem to view this platform as analogous to Disney+, so it could be that they launch it in the same regions first. The ANZ part of it is a story for another day, but it’s a good one.

I expect it to launch in the UK and EU relatively quickly, maybe even before ANZ.  The reason being is because it allows Disney time to let rights expire.  They’re pretty forthcoming with exactly when confirmed titles will launch on Disney+ and I don’t see why that has to change with regards to the Star platform.  Considering a lot of Disney’s content licenses are expiring relatively quickly, this platform could have a lot to offer from the start. As I mentioned before, I think one of the launch titles could be Love, Victor, and maybe even the Lizzie McGuire revival that’s been kicking about.  There would also finally be a place for Family Guy and MasterChef US.

As a whole, Disney has a lot to offer by way of content.  The rapid expansion of Disney+ is practically unheard of in terms of streaming service growth, but there’s a huge market that Disney has neglected to include in its rollout plans: Sub-Saharan Africa.  North Africa and the Middle East have scope for originals with network OSN, so they’re likely not getting the service any time soon.  Netflix is available in 190 countries.  By comparison, in 2021, Disney+ will be available in a little over 50.

I think what comes next for Disney is their overall streaming package.  Once they provide a package that caters to both children and adults, they’ll be ready to ship that to other countries without going through the process of Disney+ then Star.

I’m just kidding, of course, but the Star platform is an interesting one.  Before COVID, people’s hope in Disney+ didn’t lie with the 15+ unscripted shows that we never asked for. Instead, their hope was in the promise of an expansion of worlds they’ve come to know and love.  An expansion to the Star Wars franchise, and the MCU, or the Monsters.  By integrating Star with Disney+, they would be able to delve deeper into that synergy by making shows specifically for Star which give a more mature lens through which to view these worlds.

If you’ve got this far, well done to you!  We’re almost at the end so I’d just like to quickly sum up what I think is going to happen:

Disney is in the fortunate position of owning some of the world’s most beloved IP, and they’re going to do everything in their  power to maximise the return.

As always, what do you think will happen?  Let me know in the comments down below!  Thanks for reading!