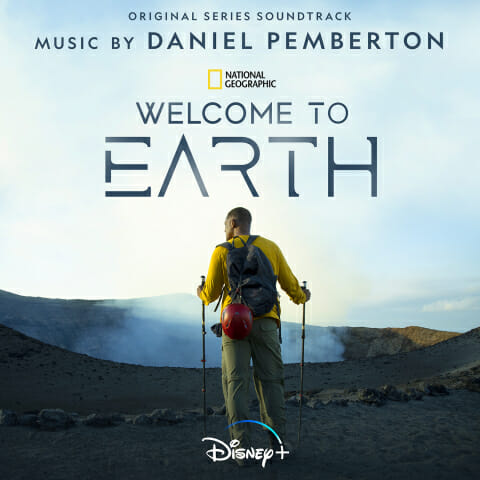 Hollywood Records will release the soundtrack album for National Geographic’s Disney+ documentary series “Welcome to Earth” on Friday, December 10th.  The series is available to stream now on Disney+.

The soundtrack will be available to stream/download on a variety of digital platforms including Amazon.

The album features selections of the show’s original music composed by Daniel Pemberton whose previous credits include Spider-Man: Into the Spider-Verse, The Trial of the Chicago 7, Birds of Prey, Steve Jobs, The Man from U.N.C.L.E.,  Being the Ricardos, and Enola Holmes.

Welcome to Earth, a Disney+ original series from National Geographic, follows two-time Academy Award® nominee Will Smith on an extraordinary, once-in-a-lifetime adventure around the world to explore Earth’s greatest wonders and reveal its most hidden secrets. Throughout the six-part limited series produced by visionary Academy Award®-nominated filmmaker Darren Aronofsky, Protozoa Pictures, Jane Root’s Nutopia and Westbrook Studios, Will is guided by elite explorers on an awe-inspiring journey, getting up close and personal with some of the most thrilling spectacles on the planet — from volcanoes that roar in silence to deserts that move beyond our perception to animal swarms with minds of their own. Combining breathtaking cinematography with Will’s boundless curiosity and enthusiasm, the blockbuster series is an exciting, multisensory ride through Earth’s most mind-bending portals.

You can check out the trailer for the series below and read our review here: